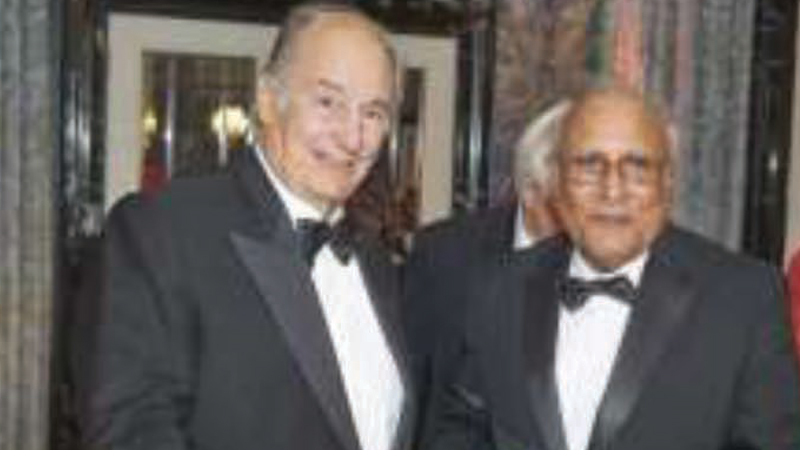 Rural Support Programmes Network (RSPN) Chairman Shoaib Sultan was recently honoured by the Pakistan Society for his lifetime contributions to rural development in Pakistan and beyond.

During a ceremony, which was held in London, Pakistan Society Honorary Vice President Sir Nicholas Barrington in his citation address said that the award was being given to Shoaib Sultan Khan – “an internationally renowned authority on rural development and alleviation of poverty, who pioneered schemes in the northern areas of Pakistan in association with the Aga Khan Foundation.”

The award was presented by Aga Khan.

Founded in 1951 and based in London, the Pakistan Society aims to increase public knowledge in Britain about arts, history, geography, economic life and institutions of Pakistan. Its patrons are Prince Philip, Duke of Edinburgh and the president of the Islamic Republic of Pakistan. Each year, they award an exemplary individual, and for 2018 RSPN Chairman Shoaib Sultan Khan was selected

Since 1990, Shoaib Sultan Khan has been working with all governments in Pakistan. In 1982, he became the first general manager of the Aga Khan Rural Support Programme.

He continues to lend his wisdom and experience to the RSPN, a consortium that includes 10 implementing rural support programmes across Pakistan. He has also helped the governments of India and Bangladesh to develop social mobilisation strategies and participatory development for the rural poor in their respective countries. He has represented Pakistan internationally, including the United Nations, European Union and Harvard University.

Speaking on the occasion, Shoaib Sultan Khan said that the Pakistan Society award was recognition of the great work that the rural communities of Pakistan had done with the support of the government of Pakistan, provincial governments, Aga Khan Foundation and the donor community. In particular, Shoaib Sultan Khan thanked Aga Khan for inspiring the RSP movement with the setting up of AKRSP in 1982.