* Cabinet decides to abolish FATA Secretariat, hand over administrative apparatus of tribal areas to CM Secretariat
* ERRA to be merged into NDMA
* Committee set up to ensure proper use of funds in Karachi 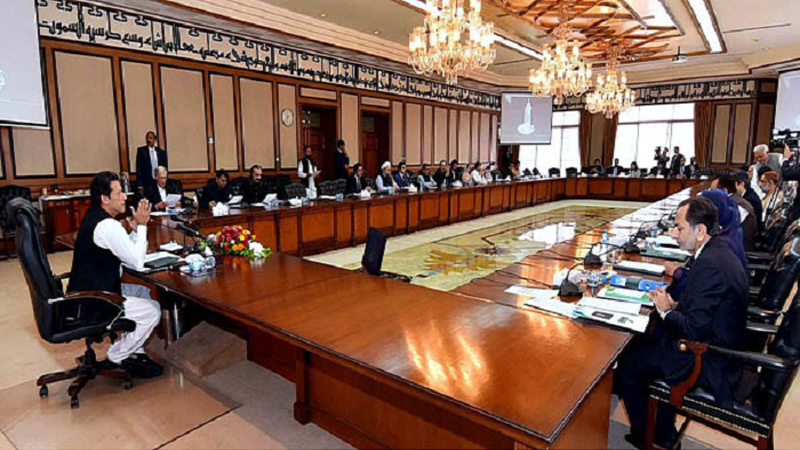 ISLAMABAD: The federal cabinet on Thursday decided to renegotiate the terms and conditions of ‘unjustified’ deals pertaining to the Liquefied Natural Gas (LNG) terminals with the companies concerned as the national economy was under pressure because of these deals.

Addressing media following the cabinet meeting, Information Minister Fawad Chaudhry said the government had already decided to hold an audit of the two LNG deals as the previous Pakistan Muslim League-Nawaz (PML-N) government had played havoc with the national economy by signing such accords.

The minister said according to the second agreement, the government has to pay about 245,000 dollars per day to the LNG terminal owner. “Even if the second LNG terminal runs below its capacity, the government has to pay 245,000 dollar per day,” he revealed. The National Accountability Bureau (NAB), he said, was looking into the LNG cases while the Supreme Court was also examining the same and his ministry had already submitted its reply in the court. He recalled that terms and conditions were re-negotiated with the independent power producers (IPPs) in the past, which had resulted in decrease in their rates.

Fawad said under the prime minister’s economic vision, development of Balochistan and Karachi was the top priority of the government.

He said there were complaints that the funds given for the development of Karachi were not properly utilized. Karachi’s transformation into a fully developed city, he said, was an important agenda of the PTI government as it was crucial for the country’s progress. A high-powered committee headed by Sindh Governor Imran Ismail has been constituted to ensure proper use of the development funds given by the federal government for Karachi, he said. The mega city, he said, had come out of ethnic politics after a long time and now it was the responsibility of PTI to come up to the expectations of its people. He said the provincial government would also be taken on board on the funds released by the federal government for the uplift of Karachi.

Fawad said the federal government had decided to hand over administrative apparatus of tribal areas to the Chief Minister Secretariat in Khyber Pakhtunkhwa by abolishing the Federally Administered Tribal Areas (FATA) Secretariat. He said the provinces would reduce their share in the National Finance Commission Award to give three per cent share for the development of erstwhile FATA.

The minister said the federal government had decided to withdraw its appeal in the Supreme Court regarding automatic weapons licenses. It believed that after the 18th constitutional amendment, it had become a provincial issue and the provinces should make their policies keeping in mind their traditions, he added. He said the Law Ministry had been advised to withdraw the case from the Supreme Court and Minister of State for Interior Shehryar Afridi would hold meetings with representatives of the provinces to chalk out a new strategy.

The minister said the cabinet has decided to merge the Earthquake Rehabilitation and Reconstruction Authority (ERRA) into the National Disaster Management Authority (NDMA), as it had almost completed its task of reconstruction after the 2005 earthquake. He, however, made it clear that all its employees would be accommodated in the provincial departments and NDMA, and no one would be terminated from service.

Fawad said the cabinet decided that that keeping in view the farmers interest, sugarcane crushing would start from November 15 instead of November 30 as demanded by the mill owners. He said it was unfortunate that the farmers were exploited by sugar mill owners as well as the middlemen and they were not paid proper and timely price of their produce. The chief ministers of Punjab and Khyber Pakhtunkhwa would meet the prime minister and discuss the issue of timely payment of dues to the farmers, he added.

To a question, he said discussions were continuing with the International Monetary Fund (IMF) as well as friendly counties for provision of $12 billion. He rejected the impression that investors were scared by the ongoing accountability process in the country, adding that transparency in affairs attracts more investment instead.

To another question about the Wall Street Journal report about Abraaj Capital founder’s offer of $20 million to a Pakistani businessman to sell its stake in K-Electric through the assistance of then prime minister Nawaz Sharif and his brother Shehbaz Sharif, he said such news were now a routine matter. 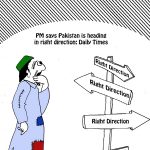