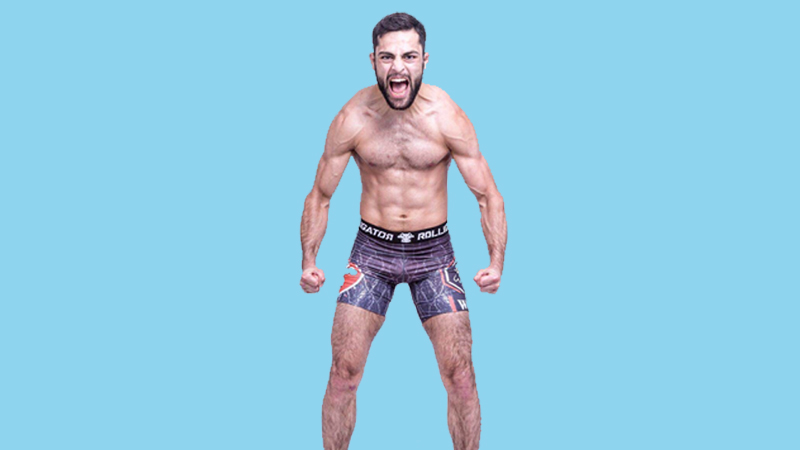 Aspera Featherweight Champion Mehmosh ‘the Renegade‘ Raza will showcase his skills in front of his home crowd when he steps inside the Brave Combat Federation cage for the promotion’s first entry in Pakistan.

The Bahrain-based Brave CF is set to launch its brand in Pakistan with its first ever event in the country taking place at Nishtar Park Sports Complex in Lahore. Seven Pakistan fighters, including Mehmosh, Uloomi Karim, Haider Farman, Najam Khan, Zia Mashwani, Abbas Khan and Sikandar Badar will feature in the event.

Mehmosh, who will fighting in the main-card of the event, has been on quite a run lately and has accumulated impressive victories around the world against opponents from Philippines, Afghanistan, Ukraine and China in the last 12 months. The 23-year-old is determined to make his country proud on home soil when he faces a tough competition in Arben Escayo on October 27.

“Alhamdulillah, I’m thankful for the opportunity and I will not disappoint my country. I respect my opponent but there is no way you can beat a Pakistani on his own soil. You will see me winning,” Mehmosh promised.

The Aspera champion has teamed with MYGYM in Karachi to train with teammate Ahmed Mujtaba and coaches Anvar Alizhanov and Ali Magomedkhanov from Russia for Brave CF 17 fight. The renegade also said that he has studied his opponent well and is confident of getting his hand raised on the night.

He also thanked his coaches and team-mates for helping him throughout his journey and in preparation of his fight. “All this would not be possible without Bilal bhai and MYGYM who are taking care of us as athletes and I won’t disappoint the team.”

The card will be headlined by Brazilian fighter Rodrigo Cavalheiro and Abdoul Abdouraguimov from Russia, while Uloomi Karim will face Jeremy Pacatiw in the co-main event of the card.

Tickets for the event can be booked at: E-Ticketing Pakistan