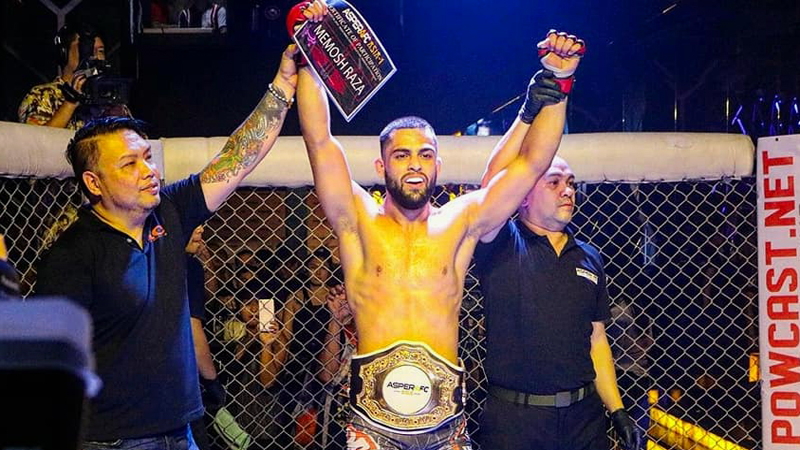 With his sensational victory via a first-round RNC choke, Mehmosh bagged his first international championship after impressing audiences at several promotions abroad, most notably at China’s Rebel FC.

Talking to Daily Times about his fight, the 23-year-old said Sevilleno was a tough contender and that he showed great heart during the fight that lasted 4-odd minutes. However, he could only last that long as Mehmosh’s ground game was too skillful for the Filipino striker.

Mehmosh also issued a warning out to all contenders in his division that he is going to defend his title, and that it won’t be easy fighting the newly-crowned king of the Aspera featherweight division.

“This title belongs to me and it’s not easy to take this away. It’s my first international belt,” he said.

The young MMA star also took to his Facebook account and thanked his supporters for believing in him. “Alhamdulillah. Got the cheese. All praise to Allah. Thank you to everyone who showed love and support. You all know who you are. Early birthday gift @roninmma.london #AndNew.”

The Islamabad-based fighter is one of the most promising young names in Pakistan’s ever-evolving MMA industry.

He has featured in numerous high-profile fights in a short span including his battle against Haroon Durrani at Fighting Alliance 5, which remains to date one of the finest showcases of the martial arts in the country’s history.