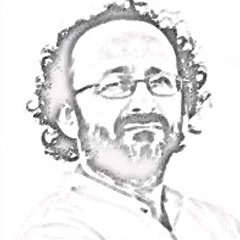 On surface, the news industry is booming, with more privately-owned television channels coming up this year. But ask any working journalist, and you’d find media houses under tremendous pressure from the establishment to allow editorial interference

Journalists in Pakistan are going through an unusually challenging phase. As a recent report by Committee to Protect Journalists (CPJ) points out, attacks against media persons are significantly down, but curbs on commercial media have been going up.

On surface, the news industry is booming, with more privately-owned television channels coming up this year. But ask any working journalist, and you’d find media houses under tremendous pressure from the establishment to allow editorial interference.

This is a strange phase because there’s been no new official policy of censorship. The law of the land still guarantees us freedom of expression and a free media. The curbs targeting certain publications and news channels are, therefore, beyond any legal or regulatory framework. They include a range of alleged strong-arm tactics to disrupt distribution and choke advertising revenue aimed at ensuring one thing: a surrender to the diktats of the most powerful institution of the state.

In such times of despair, it’s perhaps wise to remind ourselves that it wasn’t meant to get this bad. And surely, it cannot stay this way. There are countries around the world which have suffered far worse dictatorships, wars, death and destruction. But over the decades, they managed to transform themselves into peaceful, democratic nations and leading economies of the world.

Take the case of Germany. I first visited the country 20 years ago, some eight years after the fall of the Berlin Wall. The capital Berlin was still undergoing massive transformation. There was plenty of anxiety, but also a determination to make the reunification as smooth, fair and equitable as possible. I had the good fortune of returning to Germany earlier this year on a week-long visit organized by the German foreign office. Four Pakistani journalists –all from different media houses- were invited to meet editors, publishers and reporters. The aim of the trip was to explore what, if anything, struggling democracies like ours’ could possibly learn from the German experience.

Under Hitler’s Germany, the mass media was used as a tool for Nazi propaganda. After the war, as the process of reconstruction began there was a determination to create a country which would never again commit atrocities against its own people and threaten its neighbors. That meant putting the nation firmly on a democratic path. Freedom of the press was enshrined in West Germany’s Constitution (Basic Law) of 1949.

But conspicuously missing from the new constitution was any provision for the creation of armed forces. The military was blamed and detested for having caused so much havoc within and outside, it had to be disarmed. The German political class and public opinion were opposed to any idea of recreating a monster they may not be able to control.

“Has there ever been a time when you were told you couldn’t do a story simply because it may upset someone in a position of authority?” I asked, Der Spiegel. “Not really, that would almost never happen here,” he said and added: “That’s because no self-respecting editor would ever compromise on his or her editorial integrity.”

It took Germany ten years after the unconditional surrender in World War II to start building up military forces again, mainly for defensive reasons due to the deepening East-West conflict and the Cold War. Over the decades, as part of the UN and NATO, the role of the German military expanded and evolved to include foreign deployments. Since the 1990s, among other places, these included peacekeeping missions in Bosnia Herzegovina, Kosovo, Ukraine and, closer to home, in northern Afghanistan.

All along, central to making sure that the German military never ever threatens to become a “state within a state” has been the concept of Innere Fuhrung. The literal meaning of the term is “inner leadership.” But the concept is better understood as a leadership philosophy that ties professional ethics to the values of democracy. At its heart, therefore, Innere Fuhrung is about creating a democratically controlled, socially integrated, efficient military.

The concept seems to have successfully governed post-war civil-military relations in Germany. It has ensured parliamentary oversight over the inner structure of the armed forces, their budget and deployments. Hence, making sure the military operates within its constitutional domain and under the rule of law.

Over the decades, it paved the way for Germany to emerge as an economic giant. Today, Germany is Europe’s most industrialised and populous country. Its wealth is driven by technological advancement and an export-driven economy of high-quality goods.

Integral to the rise of this once defeated and devastated country have, been its strong democratic institutions and almost single minded pursuit of pacifist policies. That inevitably included protecting freedom of speech and the media.

It’s a theme I heard repeatedly during our exchanges with media professionals in Berlin, Stuttgart and Freiburg. Sure, there’s much anxiety over the rise of the far-right AFD party and migration remains a divisive issue. But the country’s robust and dynamic media is free to report, analyse and comment on these issues – without any fear or favor from those in power.

Yes, freedom comes with responsibility. German law forbids any glorification of violence and Nazism. But if and when the media is accused of irresponsible or unethical excesses, they aren’t faced with threats of an unlawful shutdown. In the first instance, all complaints are referred to the German Press Council. Composed of leading media organizations, the council is responsible for upholding journalistic standards and practices.

“Has there ever been a time when you were told you couldn’t do a story simply because it may upset someone in a position of authority?” I couldn’t resist asking a senior correspondent at Germany’s prominent weekly news magazine, Der Spiegel. “Not really, that would almost never happen here,” he said and added: “That’s because no self-respecting editor would ever compromise on his or her editorial integrity.”

Compared to Pakistan’s media landscape, Germany is indeed a world apart. However, I wonder if there’s something we can learn from the concept of Innere Fuhrung – not just for the men in uniform but for those of us in the media as well. The disproportionate influence of a single institution over all other aspects of our national life has long retarded our democratic evolution. Surely, we can use some inspiration to want to produce professional institutions, with highest ethical standards rooted in the spirit of democracy.

The writer is a former BBC editor and correspondent he can be reached on twitter: @ShahzebJillani