Poetry of resistance in the face of brutalities 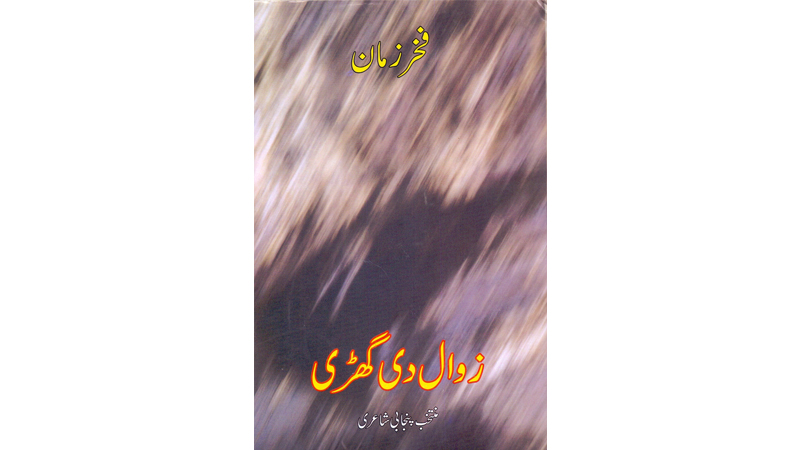 ‘Time of Decline’ is the latest collection of Punjabi poetry by Fakhar Zaman, who is a celebrated poet, novelist, dramatist, political activist, and intellectual. He has so far published two collections of Punjabi poetry, along with more than two dozen books on various topics.

The main theme of his poetry is resistance against the decline of humanistic and democratic values in human society as suggested by the titles of his poems, ‘Gate is Closed,’ ‘Kafka’s K,’ ‘Blind Deaf and Dumb harmony,’ ‘Total Price to Live,’ ‘Last Eid,’ ‘Now We Are Awake,’ etc.

‘Gate is Closed’ is a reflection of the poet’s experience of dictatorships. In this poem the closed gate is that of a railway crossing. The gate has been closed due to the coming train and traffic on both sides of it is blocked. Everyone is waiting for the train to pass and the gate to be opened, but in vain. Nobody knows when or whether the train will come at all. In the meantime the people are stuck and they start arguing and fighting. It has been said that the train is late, but the trapped struggle to believe this news. In their desperation, they try to get closer to the gate and find a way to sneak through the crossing. In this struggle they collide with each other.

Pakistan has seen brutal dictatorships, and human rights and political activists like Zaman had to face arrest, harassment, and other brutalities of such governments due to their humanistic stance on freedom of civic rights and basic human liberties

The train in this poem symbolises hope. The gates are closed but as soon as the train passes they will be opened and those stuck on both sides will be free to go forward. The ‘blocking’ is in reality a ban to prevent people from moving forward and slowly the realisation dawns that there is no train, and the gates have been closed only to block their way. The people after waiting for a long time have started losing hope and are uncertain what to do or believe. The poet ends the poem in an uncertain tone by saying: “Who knows who will win, who knows when the gate will be opened?”

‘Umpire,’ is another interesting and thought provoking poem. The umpire deceives and is dishonest in performing his duties, and always favours the other party. The “umpire” here is an indication of the anti-democratic forces active in the political arena of the country.

Being one of the most refined poets of Punjabi, Zaman also has to his credit three collections of Urdu poetry. Recently a collection of his Urdu ghazals was published with the title ‘Waqt Ko Thaam Lo’. He has also published seven novels. Not only genres but also languages do not limit his expression as he has written in English, Urdu and Punjabi.

Zaman has a reputation of being uncompromising and bold at difficult times, even when other outspoken activists were silenced by the fear of dictators.

Pakistan has seen brutal dictatorships, and human rights and political activists like Zaman had to face arrest, harassment, and other brutalities of such governments due to their humanistic stance on freedom of civic rights and basic human liberties. Five of his novels were banned in the dark Zia era as a punishment for his stance against the inhumane policies of the then military government.

His political vision, activism and struggle for freedom of human expression and promotion of basic human values of brotherhood, love and peace, makes Zaman far different and distinguished in his contemporaries.

As a political activist, his struggle for the acquisition of respect and position for Punjabi, and his philosophical approach towards Sufism efforts for the promotion of the teachings of Sufi poets, is an example for many of succeeding generations to follow.