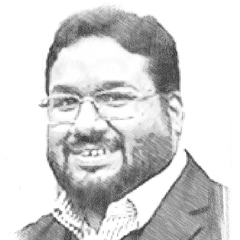 Erdogan in search of new allies?

American tariffs have brutalised the Turkish Lira, causing sudden devolution of the currency by up to 20 percent

Since the last few months, Turkey has been in the grips of a severe economic crisis and has faced strained relations with the United States. US President Donald Trump has even mentioned this in one of his speeches. The Trump regime has gone so far that it has imposed sanctions on Turkish aluminium and steel production.

It’s very unfortunate to see this rift between the two NATO allies. Turkey has, without a doubt, one of the strongest military forces in NATO, but due to heavy taxation the Turkish Lira is rapidly becoming devalued. President Erdogan has put all responsibility for this on foreign powers. The Turkish government has also made it clear that it will take appropriate measures against the tariffs imposed by the US.

Turkey was also one of the West’s allies against the Soviet Union during the Cold War. Now Turkey is facing challenges, not only with its relations with the US but also with the European Union, especially after the failed military coup against President Erdogan.

There is a difference of opinion on many regional issues between the West and Turkey, especially on Syrian immigrants and the Western support to Kurds. At the same time, it seems that Ankara and Moscow are also coming closer to each other.

The immediate cause of the strain between Ankara and Washington was the “American spy pastor” as described by Turkish officials. The US has demanded the pastor’s immediate release. However, Turkish officials have refused this demand. Keeping in view the recent diplomatic crises, President Erdogan has threatened the US, declaring that Turkey will pursue “new allies” if the US will not change its hostile policy against Turkey.

The American tariffs brutalised the Turkish Lira, causing sudden devolution of the currency by up to 20percent. This created the crisis that Turkey has found itself in for the past one year, which led to the inflation rate rising from 4 to 16 percent, which is on its highest level.

In his speech to the public, President Erdogan highlighted the American conspiracy and appealed to the people, asking them to buy commodities in Lirasand also converting gold into currency. One of Erdogan’s greatest initiatives was starting trade with the neighbouring countries in local currencies. He also requested international financial institutions and the developed economies to stand with Turkey and support Turkey against illegal sanctions.

Keeping in view the economic crisis, the Turkish central bank decided to give liquidity to all investors. But this could not help the Turkish economy. President Erdogan called the American sanctions “A great betrayal”.

Today, Erdogan is facing two great challenges. One is deteriorating relations with his own close allies -including the United States, NATO and European Union. After all, today the Turkish Army is fighting on many fronts.

Now another regional player had already entered the conflict – Russia – one of Turkey’s traditional rivals. Historically, Russia allied with France and Germany to destroy the Ottoman Empire.

In 2011, due to the Syrian conflict, new regional groups emerged keeping in view the new regional dynamics. At first, the US and Turkey were fighting against President Assad and Russia with the support of the Syrian opposition. All of a sudden however, President Obama withdrew support for Syrian opposition forces. This paved the way for Russians to fully support Assad’s forces in Syrian crisis.

Keeping in view the shift in American policy and the increasing Russian influence in the region, Turkey started negotiating with Russia. On the other hand, in the failed military coup in Turkey, the West did not support Erdogan which further paved the way for Turkey to revisit its long term strategic allies. In this regional perspective, Erdogan seems to be drifting towards Russia. Now this Turkey-Russian dialogue is extending towards military agreements.

The critics are keenly observing developments in the region and raising questions about the recent conflict between Turkey and the United States and its impact on NATO. However critics are not very convinced about the major shift in the Turkish foreign policy in regional perspective.

For regional stability and international peace and stability, both the United States and Turkey should revisit their foreign policy choices in the regional and global perspective as well. No doubt, the policy of confrontation will not serve the interests of both NATO allies.