Burning of the Shah Almi Gate 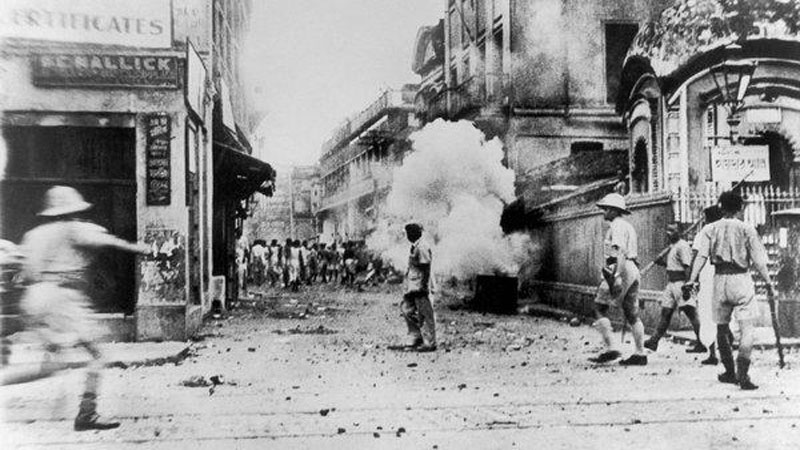 “Oh my God, what has happened to this place, why is there fire all over the area here?” these were the loud cries of the residents of Shah Almi Gate while it was being set on fire. This was 1947!

The majestic pivot of the richest businessmen and trading hub, Shah Almi was burning; the air was red and black with smoke and ashes, filled with loud cries –violence everywhere. This was the land which was once harmonious, peaceful and housed the affluent families and nobles of the city.

“Please stop this, we have been living here since ages, why are we fighting now, why are we throwing burning arrows and stones on each other, look at this neighborhood where we played and celebrated together as children!” these dialogues were being exchanged among the crying and weeping neighbors and young boys and girls who were unaware of what had happened over night. Who stole the peace of their land, the majestic walled city of Lahore? They wondered.

Melancholy was in the air. With the cries of misery, grief and pain in the smoky air, hardly anyone could recognise the other person and all the residents and businessmen were running out through any route they could find.

The majestic pivot of the richest businessmen and trading hub, Shah Almi was burning; the air was red and black with smoke and ashes, filled with loud cries –violence everywhere. This was the land which was once harmonious, peaceful and housed the affluent families and nobles of the city

There was chaos everywhere and people were climbing rooftops, running through streets and taking every possible route to save their own lives as well those of their children, women and families.

Several brutal killings of Shah Almi residents who were Hindus were going on at that time. Sikhs and Hindus who were out for business or on their way home with their groceries or accompanied by their families, were being cruelly killed or stoned to death.

This was the saddest day when the sun rose shunning yellow glittering tears. The Hindu community area was finally set on fire and so was the giant Shah Almi Gate of Lahore’s walled city. Would the readers believe that numerous petrol bombs were placed in the drainage pipes of Shah Almi and the entire block was destroyed?

The points of riots during the time of Independence in 1947 inside the walled city were the junctions of Lohari and Shah Almi Gates. Hindu and Sikh processions in Chowk Matti inside Lohari Gate were also targeted by the locals who wanted to throw them out of the city as the time for the announcement of an independent Pakistan drew close.

It seemed as if everyone was a butcher and thirsty for each other’s blood. Would you believe that there were open stabbing on the streets during processions and bricks were thrown on people from rooftops? Each rooftop had become a threat for the people of this area. 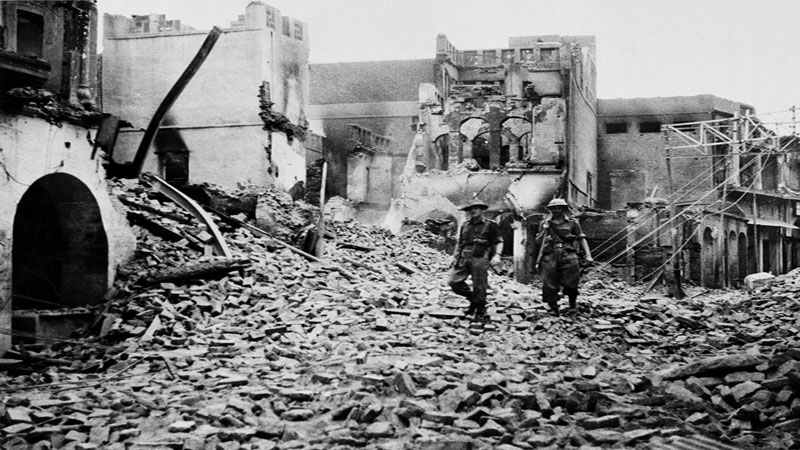 These were the tragic scenes of a city that was once known as the city of peace, harmony and tranquility, but the need of an independent country had left those relations and times far behind.

The political leaders of that time were alarmed at the situation and the riots because they had not thought that all they had planned would lead the beautiful Lahore into ashes. The Shah Almi Gate fire went on for days because it was not easy to burn down the giant structure. Finally the gate collapsed and the biggest trading centre owned by the Hindus came to an end. Millions of goods and property was destroyed. Just imagine the disastrous scenes and moments!

You must be thinking why all this happened and why was Shah Almi targeted? Let me tell you an interesting but heartbreaking story here.

The Shah Almi Gate was one of the richest hubs of the walled city and most of it was owned by the Hindus and Sikhs. The Hindus and Sikhs were the business elite and the Muslims of the area were small traders, business owners or farmers. Muslims could not enter Shah Almi as it was fortified and enclosed and only the most affluent and popular traders resided inside that gate. It was a status symbol. Historic references tell us that the havelis and shops and houses inside the gate were huge and embellished depicting the richness of the residents and traders. If the gate was not burnt then it would have been standing majestically like Delhi, Lohari, Bhatti, Kashmiri and Sheranwala gates. Unfortunately the gate had to meet a dreadful fate.

Several historians claim that most partition accounts do not state the role played by politicians, government officials, and administrative and military personnel in staging the violence inside the walled city. Quite a lot of historic accounts tell that the Muslims in 1947, from July, had started planning to get the place free from Hindus and Sikhs. Numerous attempts were made but all in vain.

Finally a mob set the place on fire and waited outside the gate until it was destroyed. This is how the Shah Almi Gate, one of the thirteen gates of Lahore’s walled city was destroyed during the Independence Movement that created Pakistan. As the gate fell, the mob entered inside and captured the entire area. 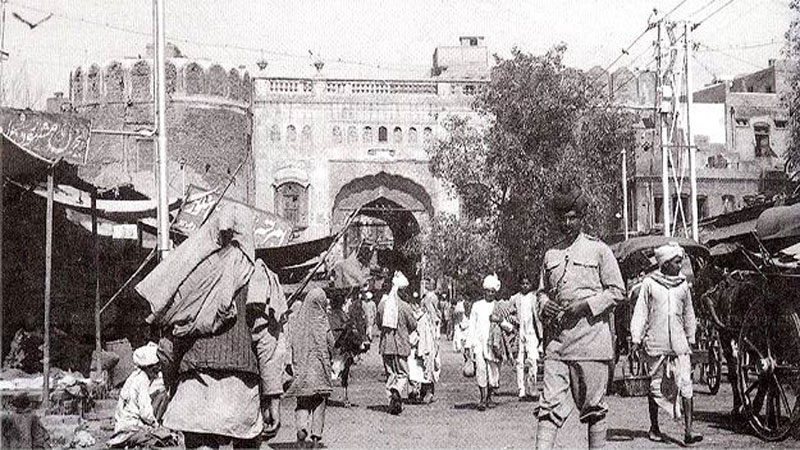 The freedom movement which created Pakistan also resulted in what is considered the biggest and one of the most horrific human migrations the world has ever seen.

It was not only Muslims who suffered but Hindus and Sikhs as well. Getting a separate homeland was an uphill task, trust me I know that a lot of lives of freedom fighters were sacrificed. I know this because my ancestors were also a part of the freedom movement and I have grown up listening to stories of the menace and blood that went into this soil, where we live as independent citizens now.

Where the walled city has witnessed beauty during the Mughal, Sikh and British rules, Lahore has also seen the blood of the freedom fighters during 1947.

If you are wondering where this gate once stood, let me tell you that the Shah Almi Gate was one of the thirteen gates of the walled city and was named after the Mughal emperor Shah Alam (1707 to 1712). He was one of the most popular emperors in Punjab. Before his death, the gate was called the “Bherwala Gate” and later it became known as the Shah Alam Gate and then Shah Almi. This gate is situated between Mochi and Lohari Gates. The famous Masjid Shab Bhar (a mosque built in a night) is also located here along with many other hidden jewels. At present it is Asia’s largest trading hub and all kinds of goods and accessories are traded from here to all parts of Pakistan and Asia.