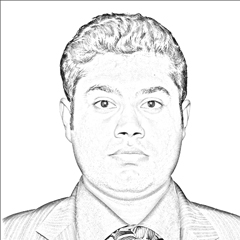 Pakistan has historically been vulnerable to flooding, mainly in the monsoon period, when heavy rains lash large parts of the country leading to riverine floods. Heavy flooding in 1950, 1965, and 2010 resulted in the loss of thousands of lives, damage to infrastructure costing billions, and the loss of livelihoods through destruction of standing crops and loss of livestock. The country’s socioeconomic characteristics, punctuated by a reliance on agricultural and pastoral activities, further aggravated the impact of flooding.

Though urbanisation is considered a harbinger of development, it also brings a number of increased risks and vulnerabilities. Migration to developed urban areas is a direct cause of overcrowding with migrants swelling the ranks of the urban poor and taking up residence in marginal lands around urban centres that are prone to flooding and other risks. Research indicates that urbanising 50 percent of watersheds (area of land that separates water flow) can cause incidence of flooding to multiply by 20.Improper land use planning results in an increase in impervious ground surfaces, consequently reducing water absorption, thereby increasing the potential damage. Urban sprawl and development over flood ways can also impede water drainage.

Urban flooding has recently taken centre stage as a new type of natural hazard that can quickly turn into a disaster. In July this year, over 280 millimetres of rain swept Lahore, leaving eighteen dead. The intense rain also damage roads, caused widespread power outages, and brought the city to a standstill. These evident impacts of urban flooding have far reaching, direct and indirect effects on social life, development, and economic growth.

The World Meteorological Organisation, through a significant body of scientific research, has opined that in the future, precipitation levels will continue to vary leading to altered patterns of run-off. Complex modifications in weather system circulation will affect historic rainfall patterns and monsoon precipitation is generally expected to increase.

The participation of non-governmental organisations and private entities in disaster management with effective coordination among key government stakeholders and mandated first responders must also be encouraged. A combination of the aforementioned interventions, combined with grass-root level community outreach programmes will be instrumental in bringing about much needed change in Pakistan’s disaster management mechanisms.

The first line of defence and response in the event of any disaster are actually prepared locals. The capacity of a community to collectively anticipate, act, and recover from a natural hazard prevents it from becoming a full-fledged disaster. In the last decade, a new concept that emphasises mitigation and prevention of disasters has emerged. This concept, called Community Based Disaster Risk Management, seeks to identify, analyse, monitor, and evaluate disaster risks to reduce vulnerabilities while simultaneously enhancing the capacity of vulnerable communities to deal with any natural or manmade hazard. CBDRM heavily relies on local knowledge and traditional best practices to address regional problems. This mode of giving communities ownership of interventions improves sustainability and empowers people for collective action.

In sharp contrast to rural areas, the impact of floods in urban areas is more complex. A number of factors such as depth, flow velocity, and duration must be taken into account to assess the true extent of the damage. Urban Flood Risk Management or UFRM is a multi-disciplinary approach that is built upon diverse cross cutting roles by both government and non-government agents to develop a comprehensive, regionally specific, integrated, and balanced mechanism for flood risk management in urban settings.

The first line of defence and response in the event of any disaster are actually prepared locals. The capacity of a community to collectively anticipate, act, and recover from a natural hazard prevents it from becoming a full-fledged disaster

Urban Flood Risk Management is built upon three components for strategising flood management frameworks: the first component is flood hazard control and defence through structural measures to cut down water levels, limit inundation, and reduce destructive effects of flooding. The second component seeks to address exposure by enhancing preparedness and adaptation through hard and soft capacity building. Hard capacity enhancement includes structural measures, while soft capacities include risk foresight and anticipation, adaptation, improving administrative aspects, and social management to avoid being in the path of risk in the first place. The third component of this approach addresses vulnerability by promoting measures to build resilience, such as awareness campaigns, flood risk financing, and relief, recovery, and reconstruction activities.

In order to ensure effectiveness of urban flood risk management in Pakistan, a number of important considerations must be taken into account. For starters, the geographical environment of various cities and identification of relevant hazards and risk factors must be utilised to create regionally tailor-made plans. Depending on the available standards of flood control, weather forecasting, and emergency response, realistic targets and goals must be established for the harmonious implementation of UFRM. It is also crucial to add that key development and construction activities, whether in urban or rural areas, must be thoroughly reviewed for their potential impact on flood management.

In conclusion, vulnerability to floods is a complex combination of interrelated dynamics and mutually reinforcing conditions that require strategic cohesion for long term effectiveness. Existing water management and flood risk control measures may not be robust enough to cope with extensive urban flooding and its impact on all sectors of society, including drinking water supply, sanitation, healthcare, agriculture, and food security.

It is proposed that climate variability be incorporated into development projects with emphasis on water related management being a key priority for all interventions in the commercial, infrastructure, and social sectors. Second, the effective use of technology to prepare inundation maps and simulated water flows in conjunction with a robust flood forecasting and early warning system may help alleviate the damage potential of floods in the future. Third and lastly, vulnerable communities in flood prone areas can be empowered to use mobile phones to learn basic measures for preparedness, and report damages to initiate timely relief and rescue efforts.

The writer is a development sector professional with nearly a decade of experience in monitoring, evaluation, reporting, and communications. An alumnus of Texas A&M University, he is passionate about environmental, water management, and policy issues