For every minute you remain angry, you give up sixty seconds of peace of mind 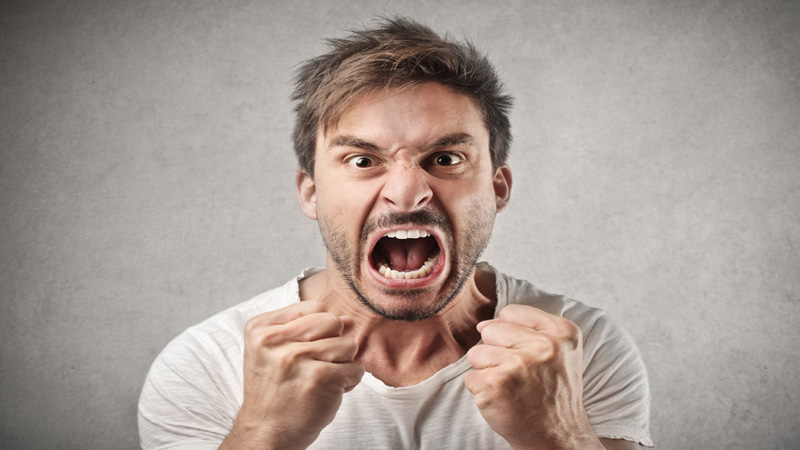 A man came out of his car and started shouting and swearing at another driver for overtaking and honking from behind. From the view of his face, it seemed like he would start beating him the moment he utters a single word in return.

It has become very common to see people getting angry in almost every situation for no valid reason. Moreover, due to increasing occurrence of getting angry, they start suffering from mood swings and eventually end up instigating fights with people which later they realize that they were wrong.

Anger is a very natural emotion and we all experience it. We could be angry at a friend, in traffic jams, stressful situations, about a personal problem, or upon recalling a disturbing or traumatic incident. Anger also acts as a natural defense system that turns on when we are being attacked or find ourselves in a dangerous situation. But when it becomes a regular occurrence and our routine starts getting disturbed or our relationships start falling apart, it becomes a serious problem. You cannot lash out at every person who teases you, object that irritates you or work that is not done your way.

When you are angry, your blood pressure rises and your heart starts pounding faster and for remaining angry for extended periods of time, it means that your body is always in an agitated state, and consequently you may suffer from high blood pressure or hypertension. Anger does more than physiological damage; this issue manifests itself in psychological disturbances as well, creating issues related to mood swings and volatile behavior. Since we live within a society of collective individuals, when we consistently and continually express our anger in an aggressive way, it starts affecting our relationships – no one would want to be attacked without provocation or become a scapegoat for someone’s anger.

Suppressing anger is also not a solution at all. Imagine you keep filling a tire with air even after it reaches its limit – it naturally follows that the tire would burst. The same happens with us, because when anger is suppressed, it becomes more perilous as it keeps gathering inside you. One day the internal pressure can burst out with even more severe consequences; you might lash out at someone or direct your aggression towards your own self. The potential detriments of suppressed anger can become a threat to peoples’ welfare. On a very minimal level, people who suppress anger indulge in passive-aggressive behaviors or may become cynical, pessimistic personalities and withdraw themselves socially.

Yes, some people are more hotheaded than others and the causes could be multiple. Genetic makeup can contribute to some people’s anger. Some are calm by nature, but may start getting angry at any stage of their life – the triggers could be multifold, like a very disturbing incident happening. Since our society is becoming angrier day by day, the emotion of anger also works as a contagion, and remaining angry has become a learned phenomenon. We have this belief in some part of our mind that we look cool or can control the world while acting out like an aggressor. In fact, we cannot even comprehend the real consequences anger gives us in return, in the shape of disturbed sleep, troubled relationships and long-term anxiety.

Some people are of the view that it is okay to let your anger out, but researches have shown that it makes people lose control over their impulses and serves to make them angrier. Anger is actually a kind of energy. Anger neither needs to burst out nor should it be suppressed: it should be calmed and channeled into some positive work and constructive behavior.

When a person gets angry, the body experiences an adrenaline rush. We need to engage in those activities that can calm down those impulses. Do breathe-in and breathe-out technique. Try visualizing a relaxing experience. Indulge in regular yoga sessions. Watch comedy. Avoid getting into situations that trigger your anger impulses. And when impulses are controlled, play sports and make it routine to channel your energy into something accomplishing and constructively promising for your life.

Angry people also need to get involved in cognitive restructuring. When we are angry, our thinking can be inflated and overly melodramatic. Try rationalizing your thoughts when you are sitting alone. People do get hurt when their expectations break. People do feel bad, when their cars get scratched. The self-esteem of people does get hurt when somebody shouts at them or engages in rude behavior. But it does not mean that the anger should start eating away at your sanity. None of these bad experiences is the end of the world.

“For every minute you remain angry, you give up sixty seconds of peace of mind,” is the saying by Ralph Waldo Emerson.

Living your best life is your right.