Capitalising on anti-MQM vote, TLP emerges as a stakeholder in the metropolis

* TLP has won two provincial seats from Karachi, PS-107 in Lyari and PS-115 in Baldia Town 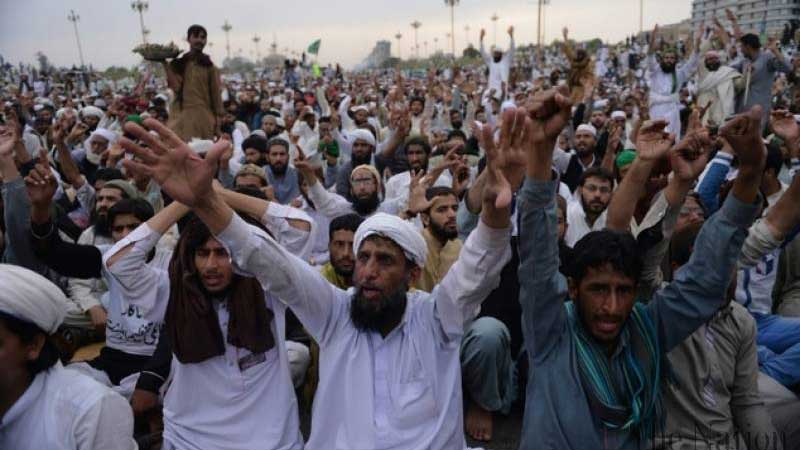 Despite the fact that TLP did not win any of the 272 National Assembly seats, it still managed to emerge as the fifth largest party of Pakistan by gaining a substantial number of votes. In Karachi, the candidates fielded by the party spearheaded by a controversial preacher, Khadim Hussain Rizvi, won in PS-107 (Lyari) and PS-115 (Baldia Town) .

According to the data available on Election Commission of Pakistan (ECP) website, TLP gained over 2.23 million (mn) votes in the National Assembly elections and it bagged more than 2.38 mn votes on provincial seats.

Soomro, aged 38, was born and bred in Lyari and he claims to come from a middle class background. The TLP candidate runs a small business related to the supply and manufacture of industrial equipment. “I don’t know much about politics,” the candidate said, before sharing that TLP candidates were in contact with their ‘seniors’ who were well versed in parliamentary politics. “Our fight is for the religion of Muhammad (peace be upon him). We want to replace the current system with the system of Islam where rulers will be brought to justice,” he declared.

PS-115 has a diverse population with Punjabis, Pushtuns, Sindhis, Kashmiris and Baloch residing in the constituency, besides the sizeable Mohajir vote bank. MPA-elect Mufti Qasim Fakhri is employed as a prayer leader in a neighbourhood mosque. Speaking to this scribe, Mufti Qasim Fakhri said that the TLP was formed to serve religion. “This is what Islam commands and we will follow the Islam,” he said, adding, “Our fight was not for seats, this is a battle of ideologies.” Karachi based Journalist Mansoor Mani, when asked about TLP’s success in the city, commented, “It is not about their narrative. Rest of the parties did not consider what their voters wanted while distributing party tickets.” “The people in these constituencies voted for the TLP to give a lesson MQM-P,” opined Mansoor. He added that TLP made its presence felt in other constituencies too.

Throughout its campaign in Karachi, the TLP mobilised voters in certain pockets and focused on the Khatm-e-Nabuwat or finality of the Prophethood of Hazrat Muhammad (PBUH).

With its aggressive posture on the issue of country’s blasphemy laws, the TLP managed to entice a big number of like-minded people into voting for it. After gaining popularity among Barelvis, the group turned its focus on Karachi’s electoral politics in hopes of becoming a significant stakeholder in the metropolis.

The TLP seems poised to oppose a government formed by the Pakistan Tehrik-e-Insaf (PTI) since its chief recently gave statements against Imran Khan. “A person who has been playing cricket throughout his life knows nothing about how to govern over the country. The people cannot pin hopes on him,” TLP chief Khadim Rizvi said. Following the elections, Rizvi had claimed that the polls were rigged and announced that he would stage a protest on the matter on August 6.