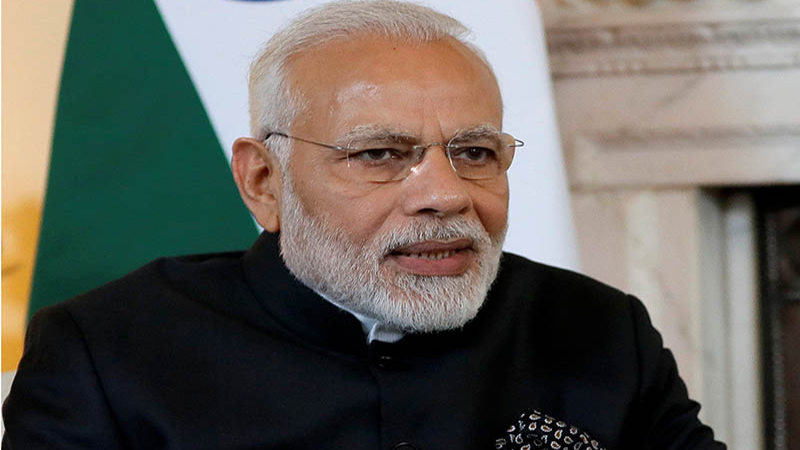 Indian Prime Minister Narendra Modi on Monday called up PM-in-waiting Imran Khan, congratulated him on his party’s victory in the recently held elections and conveyed best wishes for Pakistan, the Central Media Department of Pakistan Tehreek-e-Insaf (PTI) said in a statement.

“We are ready to enter a new era of relations with Pakistan,” Modi was quoted as saying by the PTI.

Modi said both the countries should adopt a joint strategy for progress in bilateral ties, the statement said.

The PTI chairman thanked the Indian prime minister for his best wishes, the statement added. Earlier in the day, Indian Ministry of External Affair (MEA) Spokesperson Raveesh Kumar said: “India desires a prosperous and progressive Pakistan at peace with its neighbours.”

“We hope that the new government of Pakistan will work constructively to build a safe, stable, secure and developed South Asia free of terror and violence,” he added.

He concluded that better ties were expected between the two countries after the formation of a new government.

Meanwhile, Chinese Ambassador Yao Jing called on Imran Khan at his Banigala residence and congratulated him on behalf of the Chinese government and Communist Party on success in elections.

According to a statement issued by the PTI, both the dignitaries discussed topics of mutual interest as the Chinese envoy ensured continuity in cooperation with Pakistan in the fields of economy, trade and international relations. Imran Khan thanked the Chinese envoy and said that Pakistan would want to benefit from the Chinese government’s experience in getting rid of poverty and unemployment.

“We want to collaborate with China in the fields of environment protection and renewable energy,” said the PTI chairman.

Also, the Islamic Republic of Iran has expressed its readiness to enhance cooperation with the government-in-waiting.