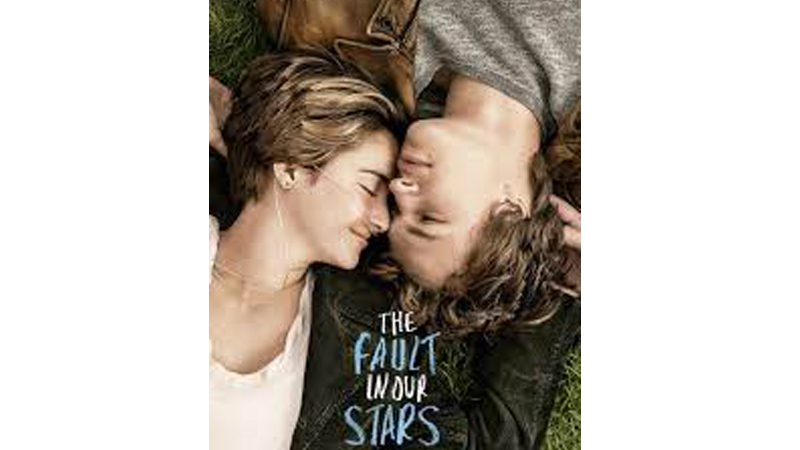 The book opens with a seventeen-year-old Hazel Grace who is a cancer patient. She carries an oxygen tank to help her breathe. Her mother forces her to attend a cancer support group, hoping that she might make a friend. Hazel loathes what she sees as the false optimism of the group, but she attends to keep her mother happy. She knows she is going to die but her mother wishes her to have a normal teenager life.

One afternoon, she meets a boy named Augustus, who is also in the support group. Augustus is also a cancer patient and his one leg has been amputated. Augustus and Hazel are attracted to each other almost immediately, and Hazel visits his house after the meeting to watch a movie.

Augustus fulfills his promise to Hazel and reads An Imperial Affliction, and like her, he also wishes to meet the author and find out what happened to the novel’s other characters after Anna’s death

Hazel is fond of reading books. She tells Augustus about her favorite book, An Imperial Affliction, a story about a teenage girl with cancer. Hazel relates to the book’s main character, Anna, in every way. Not only does Anna have cancer, but her thoughts and philosophies are similar to Hazel’s. The novel ends with Anna’s death and Hazel wants to meet the author, Peter Van Houten, in order find out the other characters’ fate.

Augustus promises to read the book and gives her his favorite book in return. It’s a novel based on his favourite video game. Augustus and Hazel soon become close friends. Together they help their friend Isaac, a friend of Augustus who loses his girlfriend, and soon after one eye (because he too is a cancer patient), to get over his breakup.

Augustus fulfills his promise to Hazel and reads An Imperial Affliction, and like her, he also wishes to meet the author and find out what happened to the novel’s other characters after Anna’s death.

Hazel tries to keep Augustus at a safe distance because she knows she is dying. She knows that he has already been though a lot and her death will be a terrible blow from which he might not recover. She considers herself a time bomb and doesn’t want to hurt anyone when she explodes.

Meanwhile, the two manage to find the author of the book and visit him at his home. Houten behaves badly, and deflated, Hazel and Augustus return to their hotel, where they make love in Augustus’s room. They return to Hazel’s room, where Augustus tells her that his cancer has returned and is attacking every part of his body.

Augustus immediately begins radical chemotherapy treatments by taking drugs. The drugs do little to stop his cancer, but they do make him tired and sick and Hazel and Isaac try to be there for him at all times. One day the trio decides to go to Isaac’s girlfriend’s house (who had left him after he lost an eye.) They throw eggs at her father’s car, and for a moment the three teenagers forget that they are cancer patients and revel in the moment and each other’s company.

Houten the writer who misbehaved with Hazel confesses his rudeness was due to his alcoholism and shares his own sad life story with her.

Hazel is suddenly summoned to the hospital because Augustus gets worse and there he dies. At his funeral Issac gives her a letter from Augustus, mentioning how much he loved her.