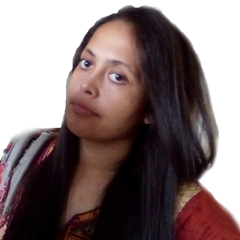 Where the war on terror failed

Despite being meant to find militant expressions of extremism, the global WOT is in itself an extremist operation

Global War on Terrorism (WOT) is a military, political, legal, and conceptual struggle against designated terrorist organisations or regimes that sponsor their activities, directly or indirectly. Terrorism is organized violence executed to promote a specific ideology, though it constitutes different typologies. But, unfortunately, the political idea of WOT failed because prospective consequences were disregarded with respect to the feelings or arguments of people from the regions where WOT-related operations were conducted. It didn’t only entail intolerance but tried to end contrary forces, though limiting them was all it could accomplish.

In 2013, Barack Obama envisaged the directionless campaign in the following words;

“We must define our efforts not as boundless Global War on Terror, but rather as a series of persistent, targeted efforts to dismantle specific networks of violent extremism that threaten America.”

In 2007, Britain also realised the use of this terminology was not correct. This identification was, later-on, explained by former MI5 head, Lady Eliza Manningham-Buller, as stated below;

The Soviet Invasion of Afghanistan (1979-89) is considered the precursor to the whole enigma of this narrative. The US, along with other countries like Pakistan, KSA (Kingdom of Saudi Arabia), People’s Republic of China and UK (United Kingdom) armed and trained Afghan Mujahideen to fight the military forces of USSR and Democratic Republic of Afghanistan. They were joined by Muslim volunteers from the rest of the world, including Osama Bin Laden (OBL). Later, OBL established Al-Qaeda. In Taliban controlled Afghanistan (1996), Osama gained resources to execute large base operations and support around the region. This led to the bombing of US embassies in Kenya and Tanzania in 1998. US President Bill Clinton gave way for ‘Operation Infinite Reach’ which tried bombing in Sudan and Afghanistan, though none of Al Qaeda’s leaders were reportedly killed in the supposed military strikes. Unfortunately, Sudan pharmaceutical plant was destroyed which was supposed to fulfil the needs of half the country, including in anti-malaria drugs.

In 2013, Barack Obama envisaged the directionless campaign in the following words: “We must define our efforts not as boundless Global War on Terror, but rather as a series of persistent, targeted efforts to dismantle specific networks of violent extremism that threaten America”

Next came 9/11, where 19 Al Qaeda affiliated men hijacked four airliners which were bound for California. Two were crashed into the Twin Towers of World Trade Centre, New York. Another plane was crashed into the Pentagon and the remaining plane was discovered crashed in Pennsylvania.

Right after the attack, US passed AUMF (Authorization of Use of Military Forces) which entailed objectives of eliminating terrorists and their organizations along with the safety of US citizens at home and abroad. It also forbade the funding of terrorist organisations. Weak states were promised to be strengthened to bribe them into ending partnerships with terrorists and to prevent their territory from falling into terrorist hands.

Though the process started with US and NATO expeditions into the Mediterranean Sea (Operation Active Endeavor in 2001), the official name for the war against Afghanistan is Operation Enduring Freedom. This encompassed three other small military actions conducted as part of WOT.

In September 2001, the Islamic Emirates of Afghanistan asked for evidence of OBL’s involvement in the 9/11 attacks. The US refused, blatantly, and made the decision to invade. Though Kabul fell in November 2001, OBL managed to escape into Pakistan, while many of his other companions took refuge in the remnants of Tora Bora. This was followed by Operation Anaconda and Operation Moshtarak in 2002 which were aimed at destroying the remaining Al-Qaeda and Taliban hideouts, bringing the insurgency to an end. In 2014, ISAF continued the pathway under the umbrella of ‘Operation Freedom’s Sentinel’ as the US signed a security agreement with Afghanistan in the same year. The security agreement authorized the presence of US-led forces in the region, at least, until 2024.

OEF was not dedicated to Afghanistan alone. It gained footprints in the Philippines, Horn of Africa and Trans Saharan Africa. In the Philippines, it was intended to end the Abu Sayyaf group along with JI (Filipino Islamist Groups). Joint Special Operations Task Force was established which was disbanded in 2014 but still present there in form of PACOM forces. As far as HOF-OEF is concerned, it didn’t have any objective consideration for the militant targets but took place only on the speculation that Islamist militias may find a safe haven in the region and for this Somalia is the best suited example.

In Somalia, ICU (Islamic Courts Union) was suspected because it continued to push for Sharia law, although no proof or argumentative framework was provided for its alleged link with Al-Qaeda which eventually led to Ras Kamboni bombing and involvement of Ethiopia in the region. Additionally, it led to weak internal dynamics of state which provided a vacuum which would be exploited by non-state actors like Al-Shabaab. This radical group pledged allegiance to Al-Qaeda in 2012. In case of OEF-TS, Mali government was the most vulnerable. Here France launched Operation Serval to bring militant activities to an end.

After Afghanistan, the other main focus of US adventurism lay in Iraq. Though strategically, Iraq has been placed in State Sponsor of Terrorism list but, during its war with Iran, it was removed because the US intended to provide material support to the former. After the 1991 Gulf war, a ceasefire established Iraqi no fly zones which US led coalition forces patrolled regularly to protect the Kurdish and Shia population. It subsequently led to Operation Desert Fox and then Operation Iraqi Freedom.

The invasion of Iraq was a complete blunder. After the invasion, no proof could be found that Saddam Hussein’s regime was making Weapons of Mass Destruction. Baghdad fell quickly to coalition forces in April 2003 but again, a vacuum emerged which allowed terrorist groups like Al-Qaeda and ISIS to thrive in the country. US forces left region in 2011 (Operation New Dawn) but the presence of violent insurgents forced the Obama Administration to launch Operation Inherent Resolve in 2014 (Iraq and Syria). This time KSA, Bahrain, Jordan, UAE and Qatar also pledged to attack ISIS.

Now comes Pakistan, which has been one of the US’s frontline allies in the War against Terrorism. Then President Pervez Musharraf aligned with US policies and took part in this campaign by arresting various terrorist leaders like Masood Azhar (Jaish-e-Muhammad), Hafiz Saeed (LeT), Khalid Sheikh Muhammad (TTP) and Abu Zubaydah (TTP). In addition, it conducted three major operations; Rah-e-Raast, Rah-e-Nijaat and Zarb-e-Azb. Regrettably, the capture of OBL (Operation Neptune Spear) near a Pakistani military academy in Abbottabad was a big blow to Pakistan’s image. The use of drones to kill terrorist leaders has also been very controversial.

To conclude: George W Bush’s War on Terror entailed characteristics which made it extremist itself. Firstly, the doctrine is intolerant regarding other’s views and perspectives. This is encapsulated by President Bush’s post 9/11 statement, “you are with us or you are with the terrorists”. Furthermore, the imposition of democracy in war torn regions was also wrong. Today, the results of these policies can be seen in Afghanistan and Iraq.