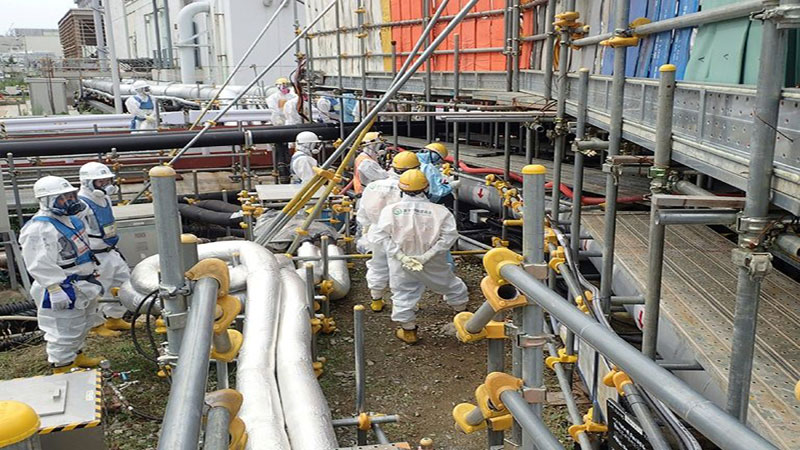 Japan has amassed enough plutonium to make 6,000 atomic bombs as part of a programme to fuel its nuclear plants, but concern is growing that the stockpile is vulnerable to terrorists and natural disasters.

Japan has long been the world’s only non-nuclear-armed country with a programme to reprocess spent nuclear fuel from its power plants into plutonium.

On Tuesday a decades-old deal with the United States which allows Japan to reprocess plutonium was renewed, but the pact can be terminated by either side with just six months’ notice.

Plutonium reprocessing is meant to create a new and emissions-free fuel source for resource-poor Japan, but the size of its stockpile has started to attract criticism, even from allies.

Plutonium can be used to create nuclear weapons. Although Japan has vowed the material would never be used for military purposes, it has now amassed vastly more plutonium than it can use, since many of its nuclear plants are still offline after the 2011 Fukushima disaster.

Experts warn the growing stockpile could be dangerous in case of a natural disaster, like the earthquake and tsunami that set off the Fukushima meltdown, and is also an attractive target for terrorists.

They also fear the reserve could encourage other regional powers, including China, to press for a similar reprocessing capability, boosting the amount of weaponisable plutonium in Asia.

And some even warn that North Korea could point to the stockpile as an excuse to avoid denuclearising.

This month Japan’s government vowed for the first time to “tackle a reduction in plutonium stocks” but gave no roadmap.

The country’s Atomic Energy Commission reportedly plans a self-imposed cap on the reserve, which now stands at 10 tonnes inside the country, with another 37 tonnes in Britain and France for reprocessing.

“Promising to stop increasing the stockpile is the least they should commit to,” said Tatsujiro Suzuki, former vice chairman of the commission.

“What they really need to do is set a clear goal for reduction,” Suzuki told AFP.

The stockpile has attracted concern in the wake of the Fukushima nuclear disaster, which forced the shutdown of all of the country’s nuclear plants.

Only some have resumed operations, and their fuel requirements fall far short of the stockpile Japan has already amassed.

Despite that, the government has continued work on a decades-long multi-billion dollar project to build a new reprocessing plant, using French and local technology.

Most reprocessing is currently done overseas, mainly in France, and Japan has struggled with technical problems at the new facility.

The planned reprocessing plant, in Aomori in northern Japan, has so far cost around $27 billion, but the technical problems mean there is no sign of an opening date despite decades of work.

Experts say reprocessing plutonium into fuel is up to ten times as expensive as producing uranium dioxide fuel.

“In the region, it is not in the interest of the United States or Japan or the world to see South Korea or China imitate Japan and enter the field of civilian reprocessing,” he told Japanese lawmakers last month.

“This would increase the risk to nuclear security, that is, the risk terrorists or criminals might divert plutonium, and it would increase regional competition in a technology that offers more risks than it does benefits,” he added.

China is already pushing for its own reprocessing capacity with the help of French and Russian partners, while South Korea has been researching reprocessing technologies but faces objections from environmentalists.

Japan, the only nation in the world to have suffered an atomic bomb attack, insists it would never use its plutonium for military purposes.