The rise and fall of DCEU

The extended version of the DC universe, known as the DC Extended Universe was launched in 2013, aiming to replicate Marvel Extended Universe (MCU) success with the 2012 blockbuster, ‘The Avengers.’ Widely considered as WB’s most ambitious project to date, the studio was banking on the universal appeal and name recognition of their superheroes, batman and superman.

Christopher Nolan’s batman trilogy that had wrapped up in 2010 had been phenomenally successful; and ‘The Dark Knight’ is widely considered one of the best comic book movies ever made.

As fans and movie goers alike had loved Nolan’s gritty and realistic take on Gotham’s vigilante, and the light and colourful, ‘The Green Lantern’ was a huge failure both critically and commercially, WB decided to keep the aesthetic of its extended universe similar to the Nolan trilogy. After his extraordinary success with the batman universe, Nolan was not interested in directing another superhero movie and departed to tackle other genres.

Snyder had already directed the 12 part graphic novel, ‘The Watchmen’; and the film was praised for its strong aesthetics and fluid set action pieces. Having proved himself with the genre Snyder would now direct the upcoming Superman reboot the ‘Man of Steel’. 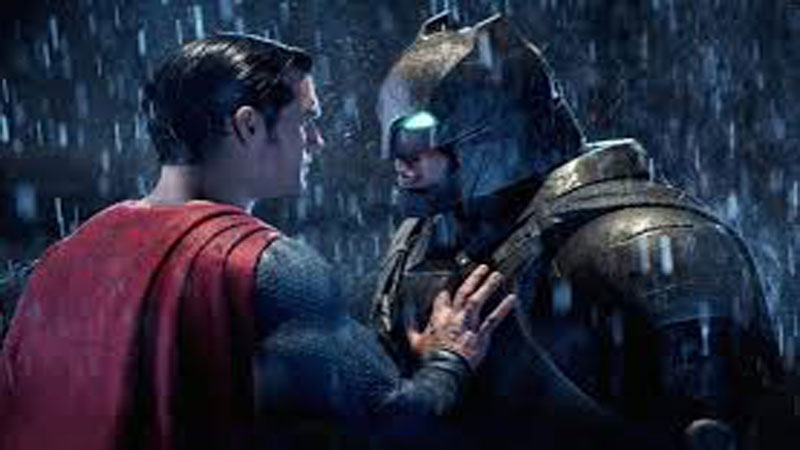 Fittingly, WB had decided that its extended universe be launched by its most popular DC superhero; the Superman. Fans had last seen the reincarnation of the man in the sky in 2004’s ‘Superman Return’; a commercial and critical failure and were anxious for the icon to be done justice. Henry Cavil, a British actor known for his role in ‘Immortals’ was cast as the lead. The films promotion budget was a generous 170 million dollars and WB marketing campaign aimed to draw Jesus parallels to the superhero. The costume was also less bright with the blue deeper and the red muted. It was clear that this reincarnation of Superman was more grounded in reality; and the hardcore DC fans were divided in their response.

The film was released on June 24, 2013 and the divide became deeper, with some DC fans loving the gritty and realistic take on the character, while others felt that the ‘Man of Steel’ had ruined Superman forever and the war between the two factions raged on the social media. The critics were divided as well with the movie receiving mixed reviews, with a 59 percent rating on Rotten Tomatoes. To WB’s relief the movie was a commercial hit and went on to gross a total of 668 million dollars worldwide.

Despite the mixed response to the ‘Man of Steel,’ DC fans and movie buffs were eager to see the two DC icons share the silver screen for the first time

Despite the mixed response to the ‘Man of Steel,’ DC fans and movie buffs were eager to see the two DC icons share the silver screen for the first time. The movie would also feature a cameo by DC’s favourite female superhero, Wonder Woman. Gal Gadot (of the Fast and the Furious fame) had been cast as Diana Prince, an Amazon who possesses supernatural powers.

Interest surrounding the casting of Bruce Wayne/Batman was sky-high as fans waited with baited breath to find out which actor would be chosen to play the caped crusader. The casting of Batman has always been a point of contention with DC die-hard fans and they do not forgive missteps easily. Actors that previously donned the cowl well include Micheal Keaton, universally acknowledged as the best live-action batman and Christian Bale, meanwhile Val Kilmer and George Clooney’s renditions were slammed by critics and fans alike.

Therefore when popular Hollywood actor Ben Affleck was announced to play the role in 2013 ending months of speculations; the DC fans were apprehensive and many took to social media to voice their displeasure with the choice. But to general surprise, when BvS came out in 2016, Affleck, perhaps wishing to redeem himself, delivered a stellar performance and was one of the few bright spots in an otherwise disappointing film. The plot was extremely contrived with too much crammed in the story and the all important introduction of the Justice League members was botched by WB hurrying to keep up with its rival superhero universe, the MCU.

Jesse Eisenberg’s (of ‘the Social Network’ fame) eccentric take on Superman’s arch nemesis Lex Luther missed the mark entirely, and the performance rather than being sinister was comical, BvS, despite turning a profit was deemed a box office disappointment. 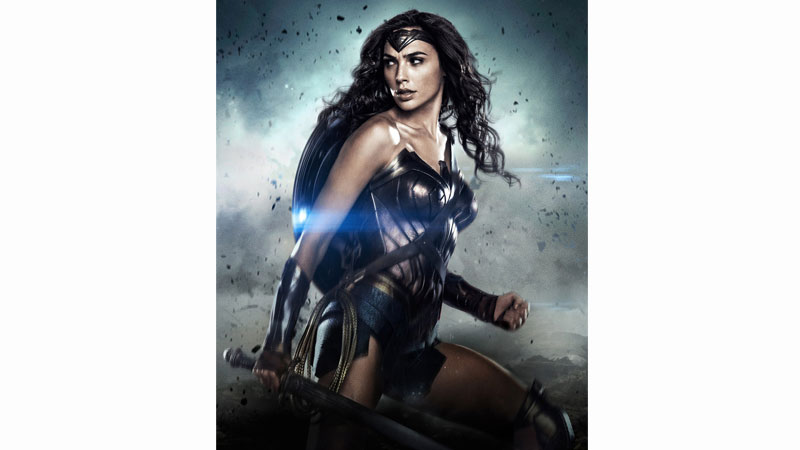 Patty Jenkin’s Wonder Woman, with a Rotten Tomatoes score of 91 had been a welcome reprieve for the DCEU. Gal Gadot’s strong feminist portrayal of the Amazon princess was being hailed for breaking stereotypes associated with women in the super world genre.

Following BvS’s less than stellar box office numbers WB higher-ups decided to change the direction of the DCEU. One of the major criticisms of ‘Man of Steel’ and BvS was that these movies were “too dark in tone and not fun to watch”. After ‘Man of Steel’ and BvS’s Director Zack Snyder had to step down due to a family tragedy, WB executives decided to replace him with Joss Whedon, who had directed the massively popular Avengers films. These movies were lighter in tone and full of comedic moments and were popular with fans as well as critics. Perhaps, the audience preferred its superheroes to be not so serious all the time.

So the former plans for a grittier and realistic DC universe were abandoned midway by WB in favour of a lighter tone.

‘Justice League’ was released in November of 2017 and was a critical and box office bomb. With worst returns than both ‘Man of Steel’ and BvS the DCEU had failed to draw audiences even with a roster full of DC’s most popular names. The plot was superficial at best and worst the strides taken forward by ‘Wonder Woman’ were totally obliterated as Wheden’s portrayal and costumes of the Amazon warriors reduced the fierce warriors to little more than eye candy.