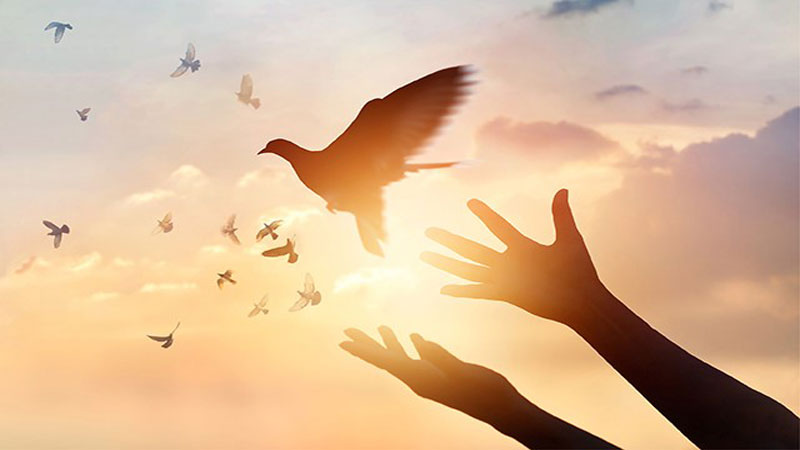 He believes in forgiveness with all his heart, knowing his wrongs can be washed away with the absolution of forgiveness. Whether forgiveness comes from His Creator or man, the intrinsic need, needs to be fulfilled. Because the creator crafted him such, knowing he would wrong, wrong his fellow man, himself and even the one who created him. That he gave him a reprieve, a gift, the blessing of forgiveness.

He dots our souls with His beautiful attributes, of love, compassion, giving and forgiving . And teaches us by His word, His example and by forgiving us repeatedly, the beauty of forgiveness. That’s why they say to err is human and to forgive is divine. The divine here isn’t used as informal speech, meaning , delightful, lovely or pleasing, but as an adjective, meaning, “of”, or “like God.”Because when it comes to forgiveness man’s heart constricts, he cannot let go of the pain. And like a stormy sea he keeps raking up the dirt from it’s depth, bringing it up again and again, like froth and foam. Making forgiveness all the more difficult.

But when He forgives man, how worthy He makes him feel. He lifts the weight off his shoulders, making him feel light and buoyant . In the same way He gives us the power, to forgive, and as a result, make someone else feel, the very same elation. But being man, we may yearn to be forgiven, but we don’t want to forgive. We may yearn to have our slate wiped clean, but someone else’s wrong, will be etched on the walls of our hearts forever. Because to ask for forgiveness from Allah SWT is far more easier, than to be forgiven by man.

Just as the blackness of the night, is cut by the first rays of the sun, just like the thundering clouds are silenced by pouring rain. Man’s soul is cleansed by the pureness of forgiveness . Winnowing the chaff of grudges, anger, pent up resentment and replacing it with placidity, and calm. Healing the one who forgives, as well as the one who is forgiven. So forgive and be forgiven, as you quietly house your wrongs in your soul. Visible only to the one above, Who says, ask for forgiveness, I love to forgive.