Wali and the dungeon of betrayal 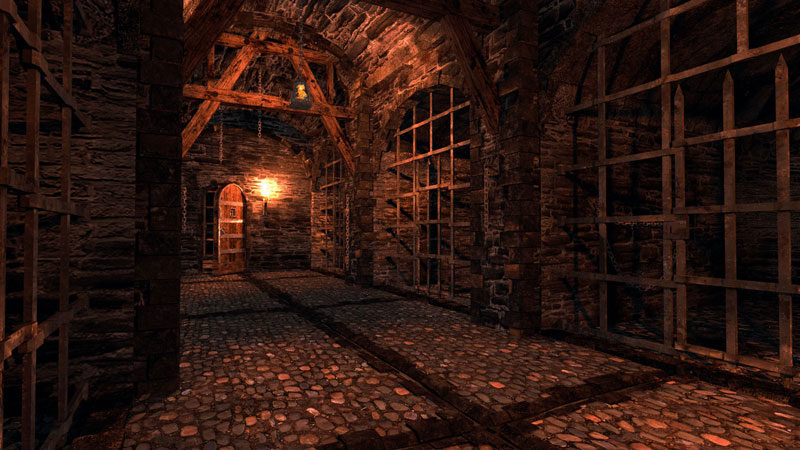 The door closed behind Wali with a loud thud, sending clouds of dust into the air. Bawnie the Leprechaun coughed with indignation at the minor inconvenience as he ushered Wali forward. Wali had his reservations about proceeding any further into the dungeon before him, he eyed the warm radiance of its chambers with reserve. An uneven sequence of bricks lined the passage with stone clad walls surrounding it. There were a few lanterns hung up on the walls which emanated a warm glow and lit up the path. A strange stillness infected the air, the kind that adorned death. By now Wali was weary and distrustful of the path of the ancestors; they always seemed to have a trick or two up their sleeve. He turned his attention to Bawnie.

“Bawnie, do you have a coin?” he inquired.

The leprechaun defensively hugged his little body and gasped in protest. Before Bawnie could escape, Wali grabbed him by the collar and flicked his ear, a trick that he had picked up after Turaha’s scuffle with the dwarf. He heard a small clink as a gold trinket fell to the floor and hurriedly picked it up before Bawnie could attempt to retrieve it. Wali aimed it at the passage way before him and hurled it forward. The coin diced the air and landed a few feet from where they stood. Bawnie dove after it instinctively and was hoisted upwards by an unknown force. He dangled from the ceiling of the dungeon as if caught on an invisible hook and frantically motioned with his hands, struggling to free himself. It was of no use, there was no undoing the magic contraption.

‘It’s the old man!’ Bawnie explained. ‘We have hit one of his blind spots. I’m afraid we’re on our own now.’ The Leprechaun snapped his fingers; the gesture lit the lantern on the wall beside him. He picked up the lantern and continued, ‘things are about to get dangerous, Grampa’s protection has worn off’

Wali was not surprised, he had expected some level of foul play. No task was ever as easy as walking into a dungeon that looked as welcoming as this one did. He shot a look of disapproval at Bawnie before he started searching for something to help get him down. He saw a lever at the far end of the passage and decided to give it a little pull to see whether it would do the trick or not. To his amusement, Bawnie’s glittering green form was immediately flung onto the ground and the petty dwarf yelped as he sprung back up on his feet.

“I owe you nothing. You stole from me!” Bawnie complained as he bent down to pick up his lost treasure. “Turn around, I need to stow this somewhere safe.” When Wali faced the other way, Bawnie tucked the coin into his plaid drawers and snapped his trousers back in place. “Your grampa doesn’t pay me enough for this shit,” He stated bitterly, taking the lead as he turned right into the depths of the tunnel. Wali followed him but as soon as he turned, he was plunged into complete darkness. It was as if the lights had all been blown out, Wali staggered in the dark and called out to Bawnie.

“It’s the old man!” Bawnie explained. “We have hit one of his blind spots. I’m afraid we’re on our own now.” The Leprechaun snapped his fingers; the gesture lit the lantern on the wall beside him. He picked up the lantern and continued, “things are about to get dangerous, Grampa’s protection has worn off.”

“What do you mean?” Wali finally voiced his confusion. As far as he was concerned, they had been trudging through a well-lit dungeon before they were slapped in the face by darkness. Bawnie’s explanations sounded like nonsense. What did Grampa’s blind spots have to do with any of it?

“Listen, Wali, we were previously following your Grampa, the lights were his footsteps. We were navigating the way courtesy of his memory. The path might have been tricky but we knew we had to follow the lights.” Bawnie shook his head as he finished the last sentence.

Wali had never liked the dark, it petrified him. He clutched Bawnie’s sweaty hands in an attempt to steady his heart but achieved little comfort. They both edged along the dimly illuminated path, muttering whatever they remembered of their prayers in the hope that they would dispel the dangers hidden in the dungeon.

They hadn’t travelled a lot of distance when they heard something rattling in the dark, there was a narrow opening to their left from where they could hear water trickling. To their right stood an enormous gargoyle with a spear in its hand, it had contorted features and seemed menacing in the shadows of the night. Wali suggested they take the path to the left since the little general knowledge that he had, associated water with signs of life. He was growing increasingly unsure of himself and the mission that Grampa had set him on. Where was Aqeeq? What did this dungeon have to do with the dragons of the Isbay’khta tribe? 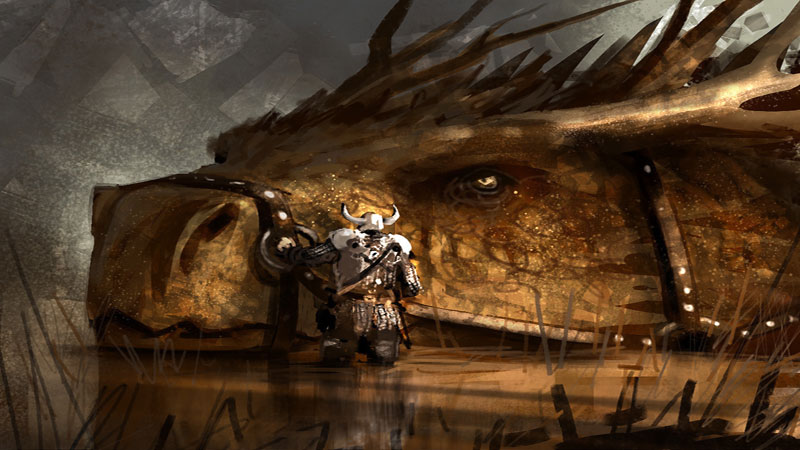 Unknown to him, the answers awaited him in the cave which he had just entered with Bawnie. The water trickle dripped from a small opening in the roof and in the middle, there was a pool of stagnant green water that had grown murky with time. The air inside the cave was humid and its rocky surfaces were all covered in a sticky, wet glaze. Mosses, ferns and fungi clung to the masses of rock that structured it. There was a bewitching quality to it all; a blue shaft of light hit the water body from above and reflected in the glaze that covered every surface. As Wali looked around the cave, he spotted a peculiarity; a thick metal chain lined up the edge of the water. He grabbed the chain and yanked it to check what it was tied to but whatever it was seemed to be stuck to the bottom of the lake. Wali gave up after a few tries but Bawnie soon took charge of the mystery. He bellowed one incantation after the other in an attempt to unearth the object that held the chain down but even his efforts were in vain. Eventually, the two decided to wander further into the cave but as soon as they changed course, they heard a gurgling noise from behind. When they turned, there were bubbles rapidly forming on the surface of the pool. Wali’s curiosity peaked, he took a step closer to peer into the water but the slime on the edge propelled him forward as he lost his balance and tumbled headfirst into the water.

Wali lost sense of what he was doing as the fear of uncertainty gripped him. He thrashed violently in the water in an attempt to stay afloat but something kept anchoring him down. The water soon caught up with him and as he breathed a mouthful, he felt the labouring pain as it swelled inside his lungs. Wali’s eyes fought to a close as he lost all consciousness and sank deeper into the water.

This is the fourth part of the story ‘Aqeeq, the Blue Dragon.’ The series will continue next week.