Notch notch! Who’s there? Every phone! 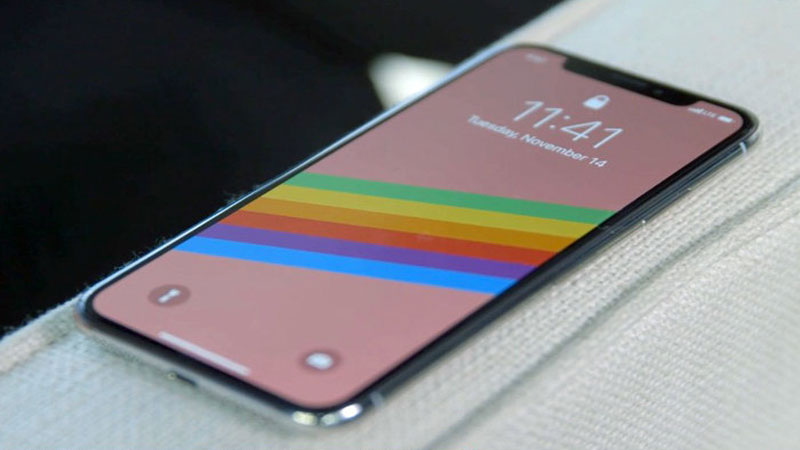 When Apple launched its iPhone X last year with an edge to edge display from all sides except the top where it had to have a notch to house its sophisticated infrared, camera and facial recognition hardware, people were cynical and mocked it. Less than a year into it, several competitors have copied the idea and launched their flagship phones also with notches.

Who knew the iPhone X would help put Apple back on the map and help its diminishing trend? Only recently the company reported extremely profitable quarter that even broke some records in sales. But let’s be fair, it’s not because of the notch, is it? In fact, isn’t the notch what everyone hated? It’s true! People were ruthless at the time. The critics continued to direct hate towards Apple with iPhone X design Apple was done for. Little did they know that the notch would become so popular and iconic that it will force competitors to wanna have one too and would ultimately make it a thing of the future… or at least the 2018.

Who knew the iPhone X would help put Apple back on the map and help its diminishing trend? Only recently the company reported extremely profitable quarter that even broke some records in sales

It started with iPhone X skins and themes launched by third party developers for Android devices and then started emerging the ‘notch apps’ that would let Android users have an on screen notch on top of the bulky bezels and still enjoy it by being part of the trend. Crazy right? You know what’s crazier? Hundreds of thousands of downloads and installations of these apps.

How could the competitors miss an opportunity like this? Starting with hi-end competitor OnePlus surprising everyone by including the notch in its flagship OnePlus 6 edition. Asus executive even boasted, and then was made fun of, how their phone’s notch is smaller and hence better than iPhone X’s. What a darn thing to be proud of. Chinese manufacturers like Xiaomi are even shamelessly ripping of the whole designs. Then there’s Huawei who’s added a notch in all of its flagship devices.

There’s one more problem with rushing to follow the trend. Most Android-powered competitors that have included the notch in their devices don’t understand the purpose and essence of it. See, Apple was going for a full phone display. While they succeeded in creating an edge to edge design, there were some trade-offs and limitations such as the hardware that had to be housed on the top for which they had to include a notch.

The competitors are rushing to add the notch but none of their devices are full or edge to edge display. In fact many still carry bezels and bulky chin. What’s the point then? Well the point is keeping up with the trend and it might be working. So much so that recently leaked pictures of Apple’s nemesis Google’s flagship phone’s upcoming model Pixel 3 show even Google embracing the notch and carrying it in its upcoming high-end phone.

You may be thinking what a trend-setter Apple is. Well, then I’m gonna stop you right there. Apple can’t be fully credited for coming up with the notch. It was in fact the French manufacturer called Essential Phone that included a small notch in their device to accommodate the front camera. While Essential Phone started it, Apple certainly popularised it.

But those who are rushing to copy the trend must understand the philosophy behind it. It wasn’t the design choice but it was a limitation that all started it. This means that the notch is only temporary and Apple might kill it as soon as they find a way to fit all that hardware either under the OLED panel or elsewhere in the device.