Gone too soon: Madeeha Gauhar, the founding director of Ajoka 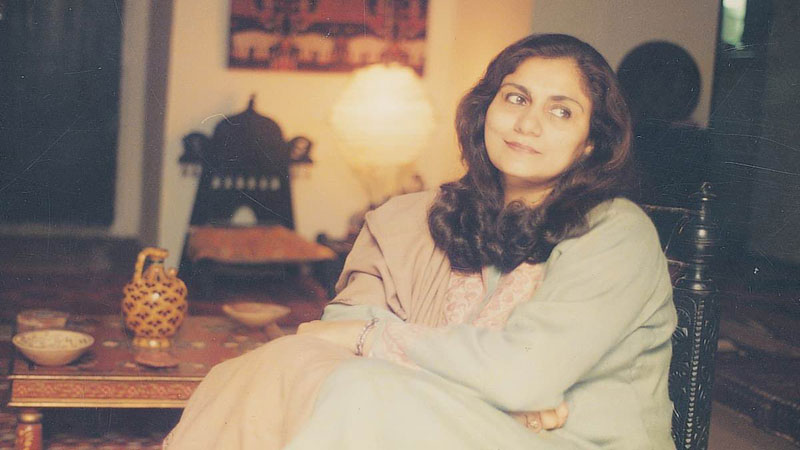 Within a month of an interview I conducted with Shahid and Sohail of Ajoka Theatre in the office adjoining Shahid and late Madeeha Gauhar’s residence, all of us knowing that “Mad” (as I teasingly called her), lay upstairs in her bedroom battling out the final stages of her war with colon cancer, her body finally, reluctantly, gave up the struggle. Her spirit, however, will remain fiercely alive for those of us who have been privileged to witness up close and personal, the incredible journey of her life.

I have known Madeeha Gauhar (variously nicknamed Mad, Maddy, Aliki by her friends and family) — virtually all my life. Born of a union between a father who hailed from the fiercely independent-minded Pakhtuns of the northern regions of Pakistan, and an equally strong-willed mother who had grown up in South Africa and who, as a journalist and writer was a fierce critic and opponent of apartheid, Maddy undoubtedly inherited both the stubborn will from her father’s side and a commitment to social justice and literary temperament from her mother. She was a few years my senior in school, and like so many others, I was very enamored of her incredibly strong and forceful personality and acting chops as she dominated the stage in various high school productions at our first alma mater, the Convent of Jesus and Mary in Lahore, and later, at the Kinnaird College for Women, Lahore, where I still remember her as a dazzling Ariel in Shakespeare’s The Tempest. Her performance as Viola in the Alpha Players’ production of Twelfth Night, performed on a stage erected in the back lawn of the famed Punjab Club, is another memory that doesn’t fade with time. I can no longer decide whether that mixture of sweetness hiding an iron will was Viola’s character or her own! So then, to share the stage with her some years later in college in A.A. Milne’s The Ivory Door was a treat, an honour and a nerve-wracking experience all at once; the seriousness she brought to the craft of acting inspired the rest of us to take it seriously too, and to work hard at what we initially thought was going to be a walk in the park. She taught us all to respect the theatre and to this day, I haven’t forgiven my parents for not permitting me to join her first-ever directorial debut when she struck out boldly on her own to direct Lorca’s The House of Bernarda Alba on the lawns of Kinnaird, after the faculty director of annual plays at Kinnaird had rebuffed her suggestion that we do Lorca’s play as our official annual production that year. Well, Madeeha, with her anti-authoritarian streak and not one to be deterred from anything she set her mind to do, did the play as a student production in the outdoor amphitheatre — and her rebellious offering utterly eclipsed the official play that year!

Madeeha’s indomitable spirit and boundless energy, her single-minded devotion to the cause of theater in the service of social change, her unshakeable belief in our common humanity and in secular ideals, her insatiable appetite for life itself, shall endure in the minds of those who knew her

Shortly after General Zia-ul-Haq took over as military ruler of Pakistan in 1977 — and after having enjoyed a memorable year as a first year Master’s student in the English Department at Government College, Lahore, in Madeeha’s company (she had joined the program after having been away in China for a few years on a Chinese language program) — I left on a scholarship to complete my Phd in English in Massachussetts. During the years that followed my departure, Pakistan suffered a lot of hardships under the authoritarian rule of Zia, who began ramming unconstitutional laws through parliament to curtail the freedom of women and of religious minorities. In keeping with the spirit of resistance that defined her, Madeeha started the theatre group Ajoka as a cultural arm of the political Movement for the Restoration of Democracy in opposition to Zia and his policies that were helping to fan the fires of religious extremism. For her efforts, she was rewarded by being sacked from her post as a professor at a government-funded university. Undeterred by loss of livelihood, Madeeha got a scholarship to the UK to study theatre formally, and upon her return to Lahore continued building and strengthening her theatre group, raising money for Ajoka through non-governmental organisations that were funding democratic and secular efforts like hers, as well as through audience support from those who were trying to resist the onslaught of religious extremism encouraged by the authoritarian government in power.

Impressed by her efforts, when I returned to spend 6 months in Lahore with my newborn daughter at my parents’ home after completing my Phd and prior to starting my academic career in the USA, I decided to join Ajoka. I finally also fulfilled my dream to perform on stage under Madeeha’s direction, in Ajoka’s maiden production of Barri (Acquittal), which we performed at the Goethe Institute for International Women’s Day, 1987. I later had the opportunity to perform the same role in an English-language translation of the play (done by another dear friend, Tahira Naqvi)—in Los Angeles a decade later.

My involvement in that play, and its imbrication within the movements for women’s and minorities and human rights struggles coalescing in Pakistan at that time, had a profound impact on my professional and personal growth. It is hardly an exaggeration to say that performing as the Sufi madwoman in Barri changed my life. My exposure to the Sufi poetry of Bulleh Shah, whose lyrics I learnt to sing for my role in the play, brought me in touch with a part of my heritage I had neglected up to that point. And because of my involvement with Pakistani street and alternative theatre and the women’s movement, I decided to switch from doing text-based literary criticism in the early years of my academic career, to developing a feminist and materialist cultural studies approach in writing about Pakistani theatre work such as that of Ajoka (and other parallel theatre groups of the era, like Punjab Lok Rehas and Tehrik-i-Niswan). It is because of this work that my life has been full of passionate ideological engagement with the performing arts, both as a scholar and a performer, and for this rich turn that my life took, I will forever remain indebted to Madeeha who pulled me into the orbit of her theatre company and the women’s and human rights movement of which it was such a crucial part. She took part in protest marches against authoritarian rule, she was beaten up along with other women’s rights activists and jailed, but despite such experiences that may have deterred many others, Madeeha carried on in her determination to fight social and political injustice and repression through the power of performance. Plays she directed over a thirty-year career, have been performed all over Pakistan, India, Nepal as well as in Europe and the USA, with themes ranging from the plight of brick-kiln laborers (Itt), to plays challenging the patriarchal mentality which prevents girls from getting an education (Dhee Rani), to others that developed a Sufi aesthetic presenting Sufism as an antidote to Salafist Islam (Bulla, Dara), to plays that adapted Brecht to contemporary Pakistan, as well as dramatic adaptations of stories by leading progressive and revolutionary writers and poets of Pakistan such as Faiz Ahmed Faiz, Saadat Hassan Manto and Intizaar Hussain. Madeeha’s energy was unflagging in keeping theatre alive inspite of all kinds of financial and bureaucratic obstacles. For her contributions to the field, and in recognition of the tremendous labor and dedication to craft that turned Ajoka into the first Pakistani theatre company of renown throughout the world, she was awarded the Pride of Performance award by the government of Pakistan; she is also the first Pakistani to receive the Prince Claus award from the Netherlands and was also nominated in 2006 for the Nobel Peace Prize, undoubtedly in part because of her lifelong commitment to developing cross-border theatrical collaborations and exchanges between theatre activists of Pakistan, India, Bangladesh and Nepal, stressing in the plays of Ajoka , the cultural, spiritual and linguistic commonalities between the peoples of the subcontinent. 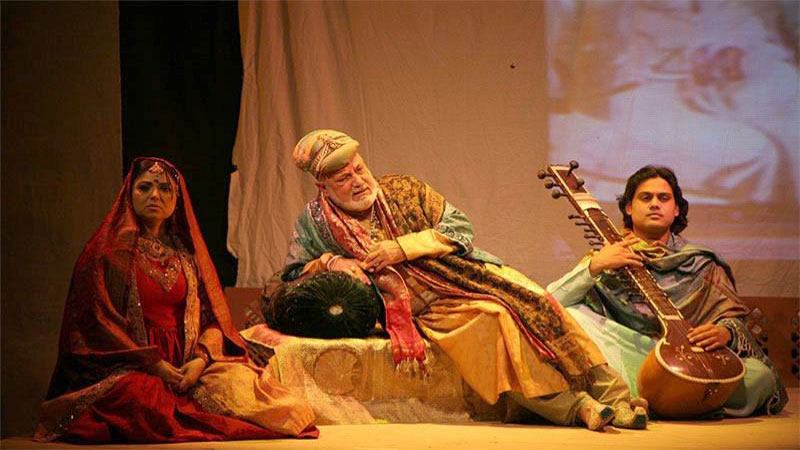 Despite a personal falling out with Madeeha that wasted too many precious years, I am glad and grateful that both of us were able to overcome our differences, and spend some healing, intimate time together in the final years before her life was claimed too soon by cancer in April 2018. During my last few visits with her this past March, she was still directing her actors who were rehearsing a play in the lawn downstairs from her bedroom where she lay writhing in pain and hooked up to an IV line.

Her indomitable spirit and boundless energy, her single-minded devotion to the cause of theater in the service of social change, her unshakeable belief in our common humanity and in secular ideals, her insatiable appetite for life itself, shall endure in the minds of those who knew her. We salute this amazing woman, a force of nature utterly unique in her expression. I will miss her, deeply.