How frim is Nawaz’s anti-establishment stance?

If Nawaz deviates from his recent anti-establishment stance, then he will be dubbed a ‘seasonal ideologue’

According to Gramscian model, Nawaz Sharif is countering the hegemony, which is formed by the power elite through cultural institutions. Some other times, Nawaz Sharif might also have been part of that hegemony or accomplice in establishing that hegemony.

Bringing Sharif down with the help of Iqama and then his lifelong disqualification from politics left him with no option but to defend his case before the people. Permanent disqualification from the politics along with other injustices inflicted on him culminated him to the stage of self-realisation by taking the firm stance of ‘to be ideological’.

To be ideological is the trait of dedicated souls. It is the state when an individual renders everything for the sake of propagation of one’s ideology and narrative despite envisaging the consequences. This is the state of ecstasy when ideology becomes the only property of a man who travels on this line.

Unfortunately, we dwell in a state where every second sufferer perceives himself as an ideological. Though being ideological at any stage of life is not a bad attribute, but in Pakistan, the time span for being ideological is ephemeral and short-lived. The ideological stance withers when the hope of interest or material gain is engendered. Such political figures may be dubbed as seasonal ideologues.

Some of the political figures like Mian Raza Rabbani, Farhatullah Babar and Mian Iftikhar Hussain have always remained adherent to their principles. Their commitment is equivalent to the words inscribed on stones. In contrast to this, there also persists ‘seasonal ideological’ political figures. These figures categorise themselves as ‘ideological’ when they are on the verge to lose everything. Once the clouds of anguish and agonies are defused, they deviate from their ideological stance.

One, he didn’t abide by the Charter of Democracy (COD). He deviated from the charter on the point of appointment of judges. More importantly, he proved to be a partisan against the elected government of PPP in Memogate scandal by visiting the apex court while being guised in a black coat.

Two, in 2015, Pakistan Peoples Party and MQM were under fire. The political leaders of PPP were charged with myriad accusations. Some of the leaders like Dr Asim Hussain and others were trapped in false court’s proceedings. MQM office was assailed. Rangers were empowered in Karachi. Apex Committee of Sindh was ostensibly run by Chief Minister Qaim Ali Shah, but esoterically by invisible legends. To all these acts that enfeebled the strength of the political forces were moving in consonance with the aspirations of Mr Sharif. Didn’t he think for a while for the de-institutionalisation of the democratic process? Yes, never! For these apolitical manipulations were in no way pertinent to his ‘self’ and his self-centred political cause.

Three, his silent toleration over the ousting of two of his federal ministers, i.e. Mushahidullah and Pervaiz Rashid can be justified by no way. The sacking of these ministers and silent endorsement of Nawaz Sharif is the substantiation that his politics revolves around himself. If he were ideological, he would have taken the stand at that spectacular time.

Four, being entangled in the shackles of ‘self’, he always asks: “Why was I sacked”? He has not yet questioned the numbers of unconstitutional and undemocratic deeds materialised during his premiership. He persistently remained silent on all those undemocratic perpetrations that patently indicate Mr Sharif consent.

Although it is good to be driven by an ideology, in Pakistan, ideological politicians tend to have very short-lived careers.

Five, Nawaz Sharif has learned to play at both sides of the card. He is expert in throwing shale towards the establishment and engages his political opponents to throw a stone. In the Senate Chairmanship election, he wanted to throw stone towards establishment through the hands of PPP by nominating Mian Raza Rabbani. When it came to his turn to present his own nominee from PML-N, he forwarded the compromised hand (shale) in the form of Raja Zafar ul Haq rather than (stone) in the form of Pervaiz Rashid or Mushahidullah Khan.

Seven, the recent parliamentary meeting of PML-N, headed by younger Sharif, has taken the contrary line to the ongoing public narrative and expressions of the elder Sharif. Younger Sharif exposed little more loyalty by; firstly, assuring the participants that Nawaz Sharif would give soft statements ahead; and secondly, he entitled the interviewer of Nawaz Sharif as his arch enemy. Should this narrative of the parliamentary meeting be considered a soft message for compromise, as the elder Sharif is silent over this proceeding?

Though PML-N, as a political force is divided over this recent narrative posed post-Nawaz Sharif’s disqualification. Exoterically, some prominent party leaders are with Nawaz Sharif’s narrative, whereas some others are with Shahbaz Sharif. The younger Sharif is in full swing for compromise, and the elder Sharif’s stance would be manifested in the near future though clear at present.

From a political point of view, this is high time for Nawaz Sharif to calculate well with the strength of political consciousness and rationality rather than the acquisition of a material interest in the form of election’s gain. Any deviation of Mr Sharif from the recent anti-establishment narrative that he yet propagates would dub him as a ‘seasonal ideologue’. The compromise would impart his stake in the political set-up but lose his ideological gesture. Now it is up to Nawaz Sharif, either he aspires to win political interests or people.

The writer is a freelance contributor and researcher 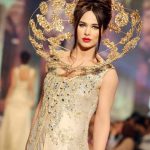 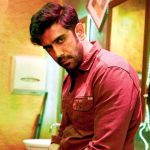 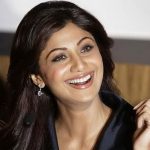 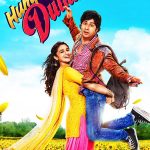 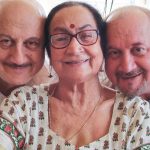