When cultural activists joined hands after the Dhaka fall, to build a ‘new Pakistan’ — Part I 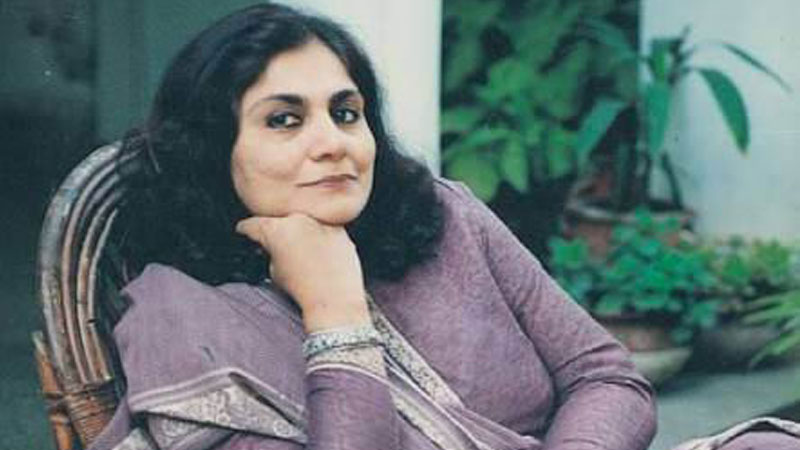 Shahid Mahmood Nadeem, playwright and of late, the director of Ajoka in Lahore, and Sohail Warraich, a long time Ajoka member in various guises and capacities sat down with Fawzia Afzal-Khan for an exclusive interview to Daily Times.

When did you two join Ajoka?

SW: It was founded by Madeeha Gauhar in 1983, so she is the founding director, and then Shahid came on board later; first as a playwright commissioned to write a play (Barri, trans as Acquittal, in 1987), then as full-time in-house playwright and more recently, as director. Sohail has his own history with the troupe.

In 1984, late Madeeha Gauhar founded Ajoka Theatre where shows about social issues are staged in theaters, on the street and in public spaces. It is a vibrant space to promote the message of peace, goodwill and tolerance

Tell me about those early years, events, reminiscences that pop out of your memory. What was it that made you two join Ajoka? What was it like then, and what would you say it has become now?

SW: Well, actually, a theatre group named Ajoka was founded much before Madeeha put her stamp on it, which was founded by Shahid and others, when Shahid was a student in Punjab University in 1970.

Did you mount any plays under the banner of that earlier Ajoka? Tell me a little bit about its genesis.

SMN: Many of us student and cultural activists got together in 1971, which was a very depressing time after the fall of East Pakistan, as we shared a desire to build a new Pakistan, not just to be defined by Zulfiqar Ali Bhutto though he was our hero, but by other committed workers in the Pakistan People’s Party (PPP), to carry on as a nation. It was in these circumstances that we decided to form a political theatre group. Aitzaz Ahsan was one of the members, Usman Peerzada was there, Salman Shahid was there. We got together.

Aitzaz Ahsan even began preparing a constitution for our group, but of course as we know, the group didn’t succeed in establishing itself. The moral of the story is that if you begin with a constitution for a theatre group, it is not going to take off! Anyway, we did start off by rehearsing a play. It was a play about the fall of Dhaka, which was being rehearsed in the Civil Services Academy in Lahore. That was because my fried Shehryar Rashid who later became an ambassador, was training there at the time. We were actually rehearsing in his room. It was quite a bold and challenging play.

Whose play was it?

SMN: I was developing it. It was a play about Pakistani POWs who were in an Indian prisoners’ camp, who were now living through and haunted by what they had done, what had happened during the war of Bangladeshi independence. The word went out and the people came to know that the rehearsal was going on. After a few days, Shehryar was asked by whoever was the boss at the academy at that time, that if he wanted a career in the diplomatic service, then his involvement in this play had to cease. So, the play fell through.

Had you known about this play, Sohail?

SW: All I had heard was that a group called Ajoka was formed. What Shahid has just narrated, we used to laugh when we learnt that Aitzaz Ahsan was involved and that he was writing its constitution. We were amused because as we all know, he later went on to become one of Pakistan’s most venerable constitutional lawyers.

What was it like for you, when you came into this second incarnation of Ajoka first as a playwright and then you married Madeeha and shared the public platform with her as its founding director, and in the private sphere, a domestic life. Tell us what have been the highs and the lows?

SMN: Yes, well…the first time I heard about Ajoka theatre was in a news article in Herald I think. I was in London and it was reported that a play had been staged by Ajoka theatre under Madeeha Gauhar’s direction. I had known about Madeeha previously because she was a well-known actress, a young actress. At that time I had been working for Pakistan Television and she was a PTV actress. But we’d somehow never met though we did know of each other. Perhaps because at that time I was not doing drama. I was doing some documentaries and cultural programs and was involved in trade union activism. So my line of work was a bit different and our paths didn’t cross. But I was impressed by this Herald article.

Which play would that be?

SMN: It was Jaloos. It was like mid-80s. Then when she came over to London on a scholarship and I finally met her, that’s when she said she had seen one of my plays, my first- ever play written when I was a student, which was performed at the famous Kinnaird College for Women, as part of the Najmuddin Drama Festival. The play was called ‘Mara Hua Kutta’ (dead dog). So this was the first play I wrote as a university student. I had a short story with this title and my friend Shehryar said, “why don’t you convert it into a play? It has all the potential.” I replied, “anything to gain access to Kinnaird College!” (laughs). So I wrote this play and it did very well. It was given the award for best play that year. It was in both Urdu and Punjabi.

That was what year?

SW: It was before the fall of Dhaka.

SMN: Yes, General Attiq-ur-Rehman was then the Governor of Punjab. So the two best plays were performed at WAPDA House auditorium, the premier auditorium at that time, in the basement of the WAPDA House. The governor was the chief guest. The play ends a city neighbourhood where residents find a dead dog in the middle of the street and the whole play is about what they (don’t) do about this ‘problem’. They try to ignore the sight and smell of the dog and carry on with their business. And then they try to find all kinds of interpretations for the dog’s presence there, spiritual and political. Only there is a mad man- a device which became a regular feature in my subsequent plays, who keeps on pointing towards the dog. You can say that this madman might be me because I’ve kept on reverting to this character for over four decades now!

Anyway, at night, the dog disappears but its stench remains. The residents cannot sleep, so they come out of their houses, all the characters, and they ask each other where the stench is coming and then they start accusing each other. Finally the madman starts laughing, and points to everyone on stage. But at the WAPDA event, to ‘honour’ the then Punjab governor General Attiq, I quietly advised the actor playing the madman to jump down from the stage and point towards people sitting in the front row including the good general! He did that and it created a great sensation!