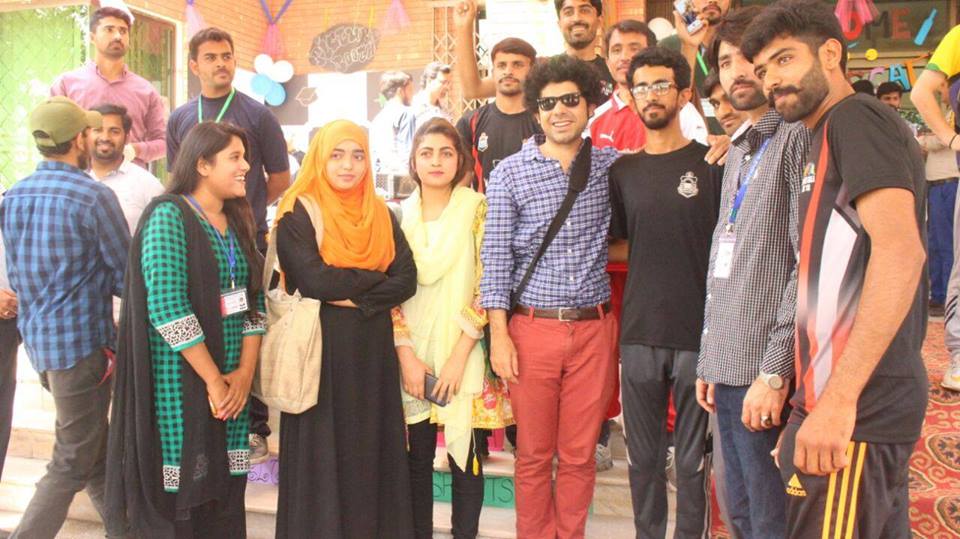 How to ventilate the stifling ideas entering into intellectual spaces and weed out the ‘constructive’ thoughts? The question is broadly answered by the ‘censorious’ environment which most of the universities in Pakistan have assimilated. The recent removal of Dr Ammar Ali Jan by Punjab University administration draws a flagrant and gloomy image of the embedded concept of ‘intellectual caution’, which means to teach everything but enlightenment. The concept has taken a stronghold in higher educational institutions across the country.

Ironically, Dr Ammar has been thrown out of the Punjab University on the basis of his political opinion. Moreover, he is alleged to have promoted ideas detrimental to the integrity of the university and students collectively. Unfortunately, what PU administration has unreasonably ignored is the fact that keeping the smooth flow of the exchange of ideas and thoughts between students and teachers will open windows of intellectualism. And this will only be plausible when academic freedom is unchained.

Historically, craving for ‘free space’ within university campuses has remained a vocal desire of the students. After the heyday of student activism — though the activism sometimes turned into violent armed skirmishes — was over with a ban imposed by Zia regime in 1983, the tilt towards making the universities a ‘safe space’ came in the shape of a decree by the court to bind the students to undertake an affidavit and take oath not to participate or get involved in politics or political activism during their academic tenure.

Currently, the term ‘political correctness’ has gone beyond sex and racism in the institutions of higher education in our country. Ironically, intentionally or not, the rational boundaries are demarcated too close to have a ray of intellectualism pass through.

In fact, the gradual decadence of freedom of speech has converted into the concept of ‘safe space’, which has invariably forced the academic intellectualism to hold onto the concept of ‘trigger warnings’ — a term which is broadly used in western universities to avoid imparting material which may trigger someone’s traumatic emotions. Generally the term ‘trigger warning’ originates from the term ‘shellshock’, a term frequently used during and after the First World War. The term described the long-term psychological harm due to sustained exposure to terrible experiences during wartime. After the Vietnam War the term ‘shellshock’ was taken over by the newly coined term post-traumatic stress disorder (PTSD).

Interestingly, Greg Lukianof, president of Foundation for Individual Rights in Education (FIRE) and author of ‘Unlearning Liberty and Freedom ‘from’ Speech’, puts a legitimate argument forward. In his essay, ‘Trigger Warning: A Gun to the Head of Academia’, he writes about how the meaning of word physical safety has been converted into personal comfort. Out of his many instances, which he shares, one, quite interestingly, fits the case of Mr Ammar Ali Jan — the professor who was expelled from PU over allegations of misleading students.

Back in 2014, Lukianof writes, the art instructor Francis Schmidt of Bergen Community College in New Jersey was suspended without pay and order. The fault which even pushed him undergo a psychological counselling was the quote: ‘I will take what is mine with fire and blood’. In fact, the quote appeared on the shirt, picture of which was posted on Google Plus, of instructor’s daughter. The quote, literary, was from one of the famous characters, warrior queen Daenerys Targaryen, of HBO’s mega-hit Game of Thrones.

Due to a suffocating environment prevalent in the universities, most of the professors and lecturers seem to have been compelled to either put an apologetic statement before sharing their own ideas on a particular topic or put a book in front as a reference to whatever is said the teacher or professor stands aloof from the remarks!

The administration termed the quote a serious threat of violence. Even a security official claimed that the word ‘fire’ reference could be a proxy for the gunfire of an AK 47!

Contextually, all the terms ranging from ‘shellshock’, ‘PTSD’ to ‘political correctness’ have had a trickle down effect on academic freedom. Therefore, the exchange of free and innovative ideas and open discussion on controversial topics related to religious fanaticism, militancy and above all politics have been censored either by the administrations of higher education or by teachers or students themselves in a pursuit to have a ‘safe space’ within premises of institutions.

Due to a suffocating environment prevalent in the universities, most of the professors and lecturers seem to have been compelled to either put an apologetic statement before sharing their own ideas on a particular topic or put a book in front as a reference to whatever is said the teacher or professor stands aloof from the remarks!

The right to freedom of speech is not the only commodity for students to be consumed. It truly extends to the whole academia, which enables teachers or professors to exchange ideas and debate on controversial topics freely. Moreover, it is the innovative and enlightened thoughts which can smoothly tackle emerging ideologies and thoughts based on rigid and conservative grounds, if the free exchange of ideas in academia is unshackled. If the exchange of ideas is thwarted, as it seems currently, the few lines of Lukianof might sum up the current suffocating environment of universities across Pakistan well. Lunkinof writes:

‘An unfortunate truth of human nature is that if we are given a cudgel that may be wielded against people and views we oppose, some of us will gladly swing it.’

Writer is a journalist based in Balochistan and Editorial Assistant Balochistan Voices, an online newspaper.