Coal use: doom or development?

After 1995 Kyoto Protocols, the Paris Climate Change agreement is the biggest event that realised that climate change is a global concern. During UN summit on Climate in Paris, Pakistan vowed to decrease its greenhouse gas emissions by five percent, while at home it is expanding its coal industry. Its love affair with coal has emerged when the world has a break-up with it.

Currently, seven coal power projects with cumulative capacity of 3018 MW are ‘in service’ in Pakistan. Ten other similar projects with 6660 MW capacity are ‘under-construction and proposed’. We have world’s seventh largest coal reserves, but we must not forget we are also seventh among the list of top 10 countries exposed to natural disasters according to data compiled by Verisk Maplecroft, a UK based company.

As per Asian Development Bank, the annual mean temperature in Pakistan has risen by 0.5oC in the last half-century which it says will surge to the level of 3oC in future. The extreme weather patterns in the country can be linked to the rising temperature.

During coal import, when our government assumes the exchange risk and devalues the currency, it is the people who pay the price. Pakistan imported 5-7 million tons of coal in the past,but the number will increase to12-15 million tonnes in future.

The imported coal is unloaded at two seaports of Karachi, i.e. Karachi Port and Port Qasim. It is then dumped at 25 different locations of the city without any environmental safeguards. Data from environmental institutions after checking the air quality of Clifton Block I, II and Shireen Jinnah Colony reveals the presence of dust particles in the air which cause respiratory illness, cardiovascular diseases and lung cancer. The locals of Kimari complain that the coal powder from the ports’ terminals has covered the roofs of their homes. Inhabitants of Mauripur Road and Shireen Jinnah Colony say that their children suffer from breathing problems and chest infections due to coal dust.

Coal is then transported to various parts of the country in open trains and trucks. Around 10 percent of coal is lost during coal transport — that too without any environmental and other safeguards.

Tharparkar, one of the most populated deserts in the world, is home to endangered species. It is yet to be ascertained whether the Thar coal is a commercially worthwhile venture. For instance, Sahiwal Coal Power Project’s data states that Thar coal contains excessive amounts of sulfur meaning it is of low quality for the project use. Whereas research of a PhD student of the Fuel Research Centre, PCSIR claims that there are ‘low sulfur content and ash’ in Thar coal.

The coal mining in Block-II of Thar coal area is just a tip of the iceberg. There are 12 blocks of Thar coalfield spanning over 9000 sq Kilometres. Only one coal mine wastewater reservoir, Gorano Dam which will displace 15000 people from 15 villages has generated the longest resistance in the history of Pakistan. The questions asked by villagers from Sindh Engro Coal Mining Company, the joint venture extracting 1.57bn tonnes of coal, involve no rocket science. Will the construction of the pond not degrade soil, water, landscape and environment of all of Thar? Will the saline water being stored in the pond not alter the ecology, morphology, biodiversity, groundwater hydrology and local weather? Trees there sustain insects and other species and act as mini-reservoirs of water and discharge water slowly.

The lower price of coal power is not attractive anymore, as renewable energy sources have become more popular and cheaper

Tharparkar has a natural water cycle which depends on its ecosystem. Given the fact that one single inch of soil takes 100 years to be formed and the soil of Thar being a desert is already weaker, coal mining will further make matters worse. The water cycle will be destroyed, and the already scant rainfall will be reduced with even more severe drought conditions as coal dust, and smoke will fall upon the land of Thar instead of rainfall.

Underground water is being extracted from the region where the water level has been dropping by two metres a year and has fallen to 100 metres deep due to drought. This will contaminate already decreasing underground water which is the only major source of water for Thar. Around 250 litres of water are consumed for mining one tonne of coal. A typical 500 MW coal power plant then needs 1,300 million litres of freshwater a day for the electricity generation. That’s close to three litres of freshwater per day for every inhabitant of Sindh. Thar coal deposits are lignite, a dirty kind of coal with low energy content. A higher quantity of coal will be burnt to produce power escalating carbon emissions. 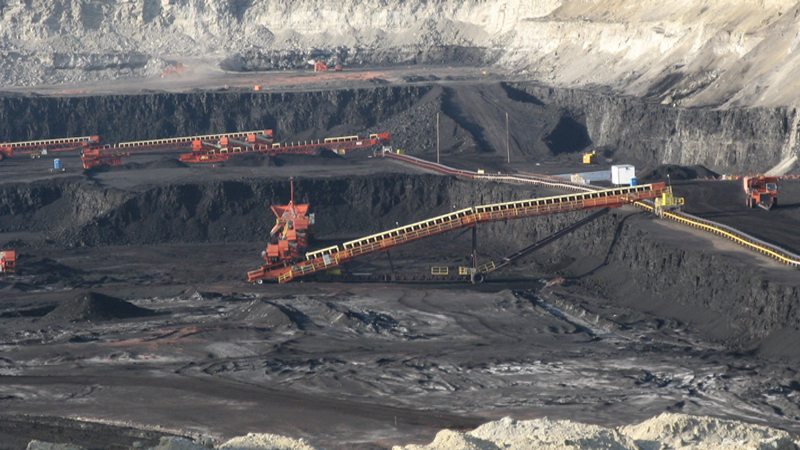 As per Centre for Health and Global Environment at Harvard Medical School, the annual hidden cost of mining, transportation and burning of coal is approximately 345 billion dollars. If coal industry pays complete price of electricity generation, the cost of its electricity will increase three-fold.

The writer is a development sector professional and currently leads Monitoring, Evaluation and Research unit of Pakistan Fisherfolk Forum