Tourism in Peshawar is being revived, but more needs to be done 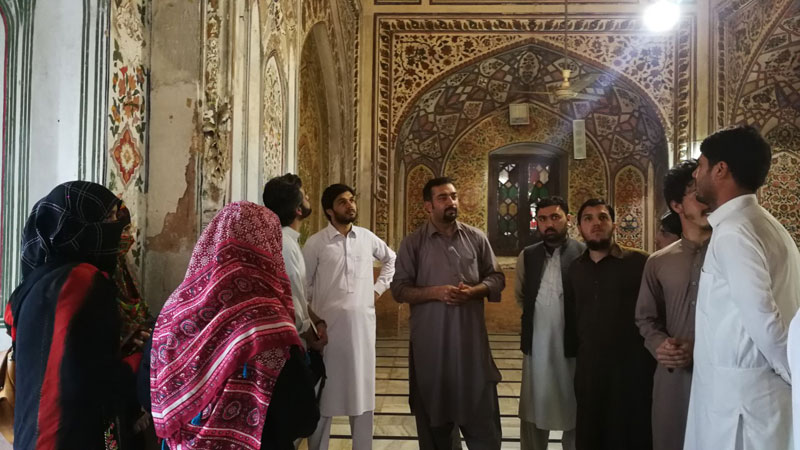 A day trip to historical places of Peshawar was arranged at Gor Gathri on April 30. The initiative aimed at promoting culture and heritage by raising awareness about the historical sites of the city. 26 people from different walks of life were part of the trip which was supervised by a qualified tour guide of Peshawar.

Hira Shukaib, 26, is a freelance animator from Islamabad. She found out about the trip when she was visiting a cousin in Peshawar and decided to avail the opportunity and explore the historical places inside Peshawar. “Living in Islamabad since childhood, I don’t know much about Peshawar. I used to read in the books that Peshawar is the home to a number of historical sites but I had never been to these sites before.” She vowed to work more on the historical heritage of Peshawar to show the historical side of this city through animation.

Majority of the locals remain unaware of what the city has to offer in terms of heritage and culture. Shafeeq Gigyani, a local tour guide, wants to change this by promoting the city’s tourism and cultural offerings

Madeeha Khattak, 24, from Peshawar was also unaware about these offerings of Old Peshawar before she took the trip. She welcomed the initiative and said that even Peshawariites living in urban areas are not familiar with the historical streets and culturally significant sites located just a few minutes away from the residential areas, and added that such trips should be arranged more often. Such steps go a long way to promote and aware people about the historical side of the city, she added.

The torusim industry of the province was also affected by the wave of terrorism that Pakistan witnessed in the past few years. But after military action against terrorists, peace is gradually returning to areas which were once rife with terror. Peshawar is one of them.

Asmaar Hussain, 30, is a young passionate photographer and traveler from Abbottabad. He said that he always wanted to capture the mesmerising beauty of the places in KP but most of them were hub of militancy a few years ago. “After this visit, I have found out that the security situation has improved to a great extent and photographers like me can now freely visit such places,” he says.

He called on photographers from other cities who never visit such amazing city to explore, photograph and study more about the existence of the historical city of Peshawar. 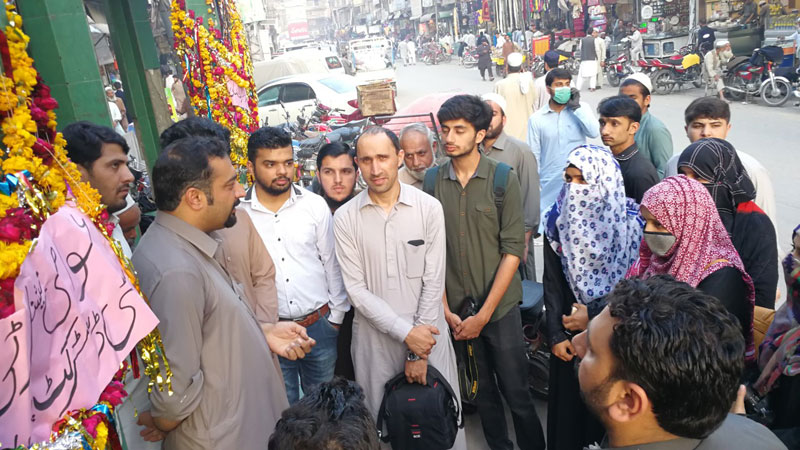 Peshawar has been divided by tourists into three major routes like Religious and Harmony, Culture and Heritage and New Peshawar. The Participants of the tour to the walled city was taken to the “Culture and Heritage” rote where they were briefed about the history and importance of Kabuli Gate, Qissa Khwani, Mausoleum of Qissa Khwan, Raj Kapoor House, Andar Shehar, Chowk Yadgar, Sethi Street, Haritage Trail, Gor Khatri, Artisan Village, Shahrukh House, Dilip Kumar House, Qasim Ali Khan Masjid, Bazaar e Mis Gara.

“Tourism industry gives great economical uplift to the country and I think Peshawar is rich for its culture and historical heritage. This can be put to good use,” said Shafeeq Gigyani, Peshawar’s first tour guide. He said that majority of the locals remain unaware of what the city has to offer in terms of heritage and culture. “But I will try my best to promote the city’s history and make young people aware of the cultural heritage associated with Peshawar,” he says.

He urged the government to work on tourism and arrange such kind of tours for students according to the marked calendar dates so as to revive the culture history of the city.