Quackery: A hazard to life

People indulge in the business of quackery by portraying themselves as doctors. These imposters replicate professional environment but lack specialised skills to give right treatment. They use unhygienic products, like used needles, causing the spread of contagious diseases such as hepatitis and AIDS. Roadside dental doctors have also been the source of major oral diseases.

The situation is more precarious at the village level. For instance, on 11November 2014, two siblings, Laiba and Haider, aged 13 and 16 respectively, were brought to a local doctor in the Harpokay village of Kamoke, with the complaint of vomiting and fever. The so-called doctor gave them intravenous drips. The poor girl died the same day, while the boy survived for a day in a very serious condition. Apparently, the drip spread poison in their bodies. After an investigation, it was found that the doctor was only a matriculate. The Punjab Healthcare Commission slapped him a fine of Rs 200,000 and referred his case to Deputy Commissioner Officer for punitive actions. He is now back to his usual business of herding sheep.

The government of Punjab established the Punjab Healthcare Commission in 2010 as an autonomous body to standardise health services across the province. The Commission ensures that the healthcare establishments follow minimum service delivery standards and do not hire untrained and unqualified staff. It is also empowered to direct the district administration to take actions against quacks and seal their businesses.

Punjab Healthcare Commission is the only institution in the history of Pakistan to have conducted a census of the healthcare establishments across Punjab. This census was done in collaboration with the Urban Unit. It was an important step towards the identification and eradication of quacks and unregistered clinics. 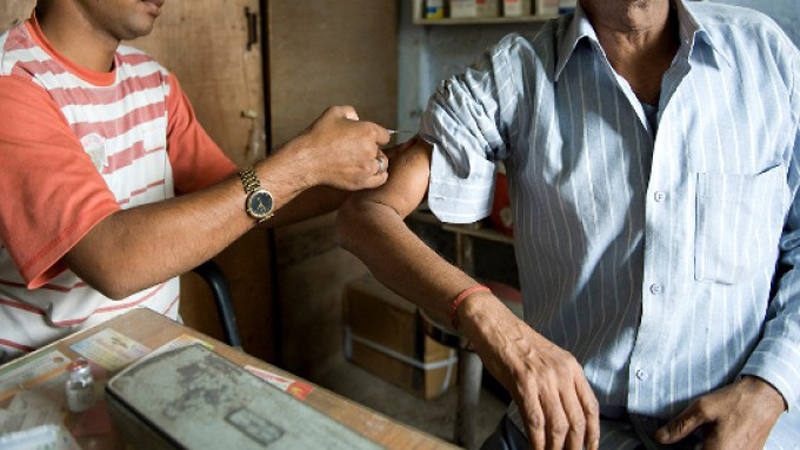 The Supreme Court of Pakistan, in its latest order against quackery, has ordered the district administration to arrest quacks and submit the performance report within a week.

The anti-quackery campaign run by the PHC is one of its kind in the SAARC countries. Even in Pakistan, PHC is looked upon as a reference point for regulating healthcare services. Other provinces such as Khyber Pakhtunkhwa, Sindh, Azad Kashmir, Gilgit Baltistan are also regulating their health sector along the lines of PHC.

Before getting any medical treatment, a general practice should be to make sure that the doctor is registered with the concerned council. A genuine doctor would display his degree and certificate on his clinic.  It is also imperative to make sure that your doctor, homoeopath or Hakeem is licensed by the PHC.

Quackery is a fraudulent act and can put your life in danger. It’s our responsibility to keep ourselves and others from getting duped by quacks.

The writer is a journalist; she can be reached at [email protected]