Is it over for the PML-N?

To secure its political future, the PML-N should adopt a non-confrontationist approach

The many blows dealt to the Pakistan Muslim League-Nawaz (PML-N) means that it is unlikely that the party will come out on top after the 2018 general elections. Nawaz Sharif has been disqualified from holding office for life. Additionally, the airing of his anti-judiciary speeches and those made by other PML-N leaders has also been prohibited. The party seems to be politically isolated.

This isolation is what will cause its political future most harm. But its focus should not just be on the upcoming elections. The challenges it faces today are actually much bigger than the polls.

First, the PML-N must understand its own recklessness. Nawaz Sharif and his daughter Maryam have bashed the judiciary and army on several occasions. While this is likely to win them sympathy votes, the PML-N’s reputation is still significantly damaged. Bad mouthing the judiciary and army alone won’t help here. To secure its political future, the PML-N should adopt a non-confrontationist approach.

Secondly, the PML-N must work heartily to dismantle internal fractions in the party. The Nawaz, Shahbaz and Nisar troika that has been instrumental in solving major party challenges isn’t operational anymore.

Chaudhry Nisar Ali Khan, once an invaluable figure in bridging the gap between civil and military wings in almost all PML-N governments, seems like he hasn’t been happy with how things have been going for a long time.  Hence, it is not only external but internal divides which could lead to PML-N’s failure in these elections.

Third and most important, the party has to make sure not to lose its support in its political heartland, Punjab. As the home of more than 50 percent of the country’s population, Punjab’s victory decides who the country’s prime minister will be.

Party’s members and supporters are leaving the party as they know that sticking around the ruling party simply means staying with a losing party.  The party is getting isolated and this isolation can make PML-N lose the approaching elections. Many key members, including MPAs and MNAs have moved away from PML-N. Similarly, many lawmakers have announced that they are parting ways with the party in the wake of Sharif’s belligerent speeches against the judiciary.

The perception that PML-N has become a political pariah among its voters and supporters will be the most damaging to it. To combat this, the party should help its supporters realise that Nawaz Sharif can still propel the PML-N to victory. 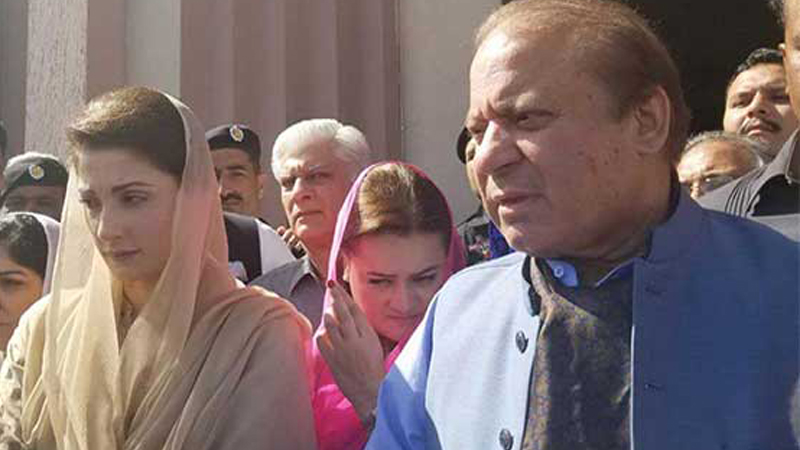 Fourthly, a solid narrative will make the party a strong contender. Instead of adopting a rhetoric stance against the judiciary and other state institutions, Nawaz should highlight his party’s achievements over the past five years.

Infrastructural development is one side of the coin that can be cashed to gain votes. In urban areas of Punjab, the PML-N has focused mainly on the improvement of the transportation system and construction of roads. Similarly, PML-N has made some (if not enough) effort to address unemployment by developing agricultural areas.

China has pledged to invest $52 Billion in Pakistan the prism of China Pakistan Economic Corridor (CPEC) project. The building of ports, roads, and airports under this project is something that can spur economic well-being of Pakistanis through improved economic growth. All PML-N needs is taking the credit of CPEC to itself mount as a strong party in the 2018 general elections.

An improved security situation is also a narrative that the PML-N can boost in its electoral agenda. According to a report released by the US state department, there has been huge reduction in terrorism in Pakistan over the past year. Moreover, the figures are pretty amazing when we look at the aggregate of the past few years. The data collected for South Asian Terrorism Portal (SATP) reveals a 40 percent reduction in terrorism fatalities between 2016 and 2017.

Revived economic growth is something that can also be taken up by the political party to run its election campaign. Despite missing some key targets, the 2017-18 Economic Survey reveals a better performance overall.

Nawaz Sharif has paid the price for challenging the establishment and inviting institutional confrontation. Instead of continuing with the anti-establishment policy, Nawaz must now formulate the election campaign wisely, as the future of PML-N depends strongly on how the party runs its election campaign. The politics of victimhood will not get the PML-N very far in the immediate future.

The writer is an economist and a content writer. Her interest in politics, economy and technology makes her a regular contributor to various websites and publications