Of irony and life 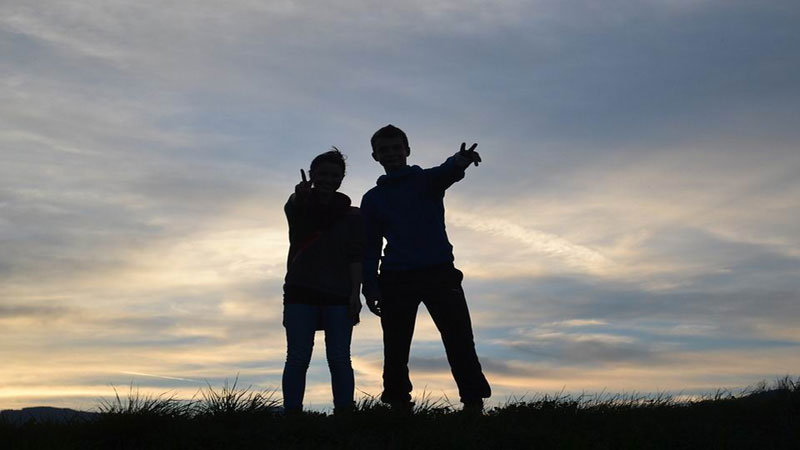 Jibran and Anas were two friends who lived in different cities. Jibran lived a comfortable life in Islamabad while Anas lived in Karachi. They became best friends when they met in an online gaming session.

Vivacious Jibran ran his own business and lived alone in an apartment. Anas worked as a cashier in a bank and was the sole bread winner of his family. Despite the apparent difference in their backgrounds, Jibran and Anas had a very strong emotional bond, and found solace in one another.

Although Anas tried his best to hide it, his struggles slowly became apparent to Jibran. Anas was especially upset one particular evening. Initially reluctant, Anas finally revealed to Jibran that his father had stage 2 lung cancer, and that his family did not have the money for the treatment.

Without a moment’s notice, Jibran promised to send the required amount to Anas. Anas resisted, but Jibran had the money transferred to Anas who then used the money for his father’s treatment. Anas’s father was able to beat the cancer, and that time marked the highest point in a friendship that it seemed would withstand the test of time and of distance.

On arrival in Islamabad, however, Anas’ excitement at meeting Jibran turned to shock when he realised Jibran was hospitalised. Jaded, Anas immediately went to the hospital and inquired where Jibran was. He soon found a barely conscious Jibran in the ICU

However, as is inevitable with all beautiful things, they became embroiled in their own lives and their friendship slowly waned. Anas got married and his gaming and Skype sessions with Jibran became less frequent. Both friends still, however, vowed to meet each other one day.

It was during this time that lady luck finally smiled on Anas and he landed a promotion that marked a remarkable turnaround in his fortunes. He then decided he would finally visit Jibran and pay off the debt he owed him.

On arrival in Islamabad, however, Anas’ excitement at meeting Jibran turned to shock when he realised Jibran was hospitalised.

Jaded, Anas immediately went to the hospital and inquired where Jibran was. He soon found a barely conscious Jibran in the ICU. Looking frail, Jibran was very pleased to finally meet his long distant friend. And yet, an air of melancholy surrounded their first meeting.

“What happened to you?”

Jibran remained silent for a while, and when he spoke, his voice was racked with grief,

Anas’s world seemed to sink around him. Clenching his fists, he closed his eyes and looked back over all the times he could have met Jibran or could have called him.

An awkward, despondent silence hung between them. Their friendship, it seemed, was mocking Anas and the guilt of their lack of connection suffocated him, making it hard for him to breathe.

Eventually, Jibran sat up and rested his head against the pillow. In a voice that was barely louder than a whisper, he said,

“I always knew we would meet, but I had never envisioned our first meeting at a place like this.” He smiled, and that is when the tears started flowing for Anas. He smiled back at Jibran, who said,

“I always imagined us hugging at the first site of one another, but alas, my body lacks the strength of my friendship. I cannot get up.”

Holding back the tears, Anas said,

“I’ve been saving money just to pay you back. My only motivation in life was your friendship, what you did for me, for my family. I came all this far in life just to make you proud, to facilitate you, to surprise you and to dedicate all my success to you, my friend.”

And despite the pessimism that gripped him, despite the sense of dread clutching at his insides, Anas vowed to keep on fighting, to play the savior Jibran had played for him.

“You’ll be alive my friend. I’ll be with you in this war against death. I’ll fight with fate, take on God himself just to see you standing.”

He took a deep breath. He could feel the tears coming, but he held them back. Now was the time to stay strong.

“Yes my friend, you will live.”

And all the struggles of the past, all the distance that had plagued their relationship over the years faded away when Jibran’s face lit up with a smile, despite the tears that wet his cheeks. His eyes glittered with hope and for the first time in what felt like ages, his lungs felt healthy. He said to himself. Yes I will live. For my sake, for Anas and for our friendship.