Sikh community express their issues at open court for minorities

* For security, locals suggested that the personnel withdrawn from VIPs in KP should be provided to them instead 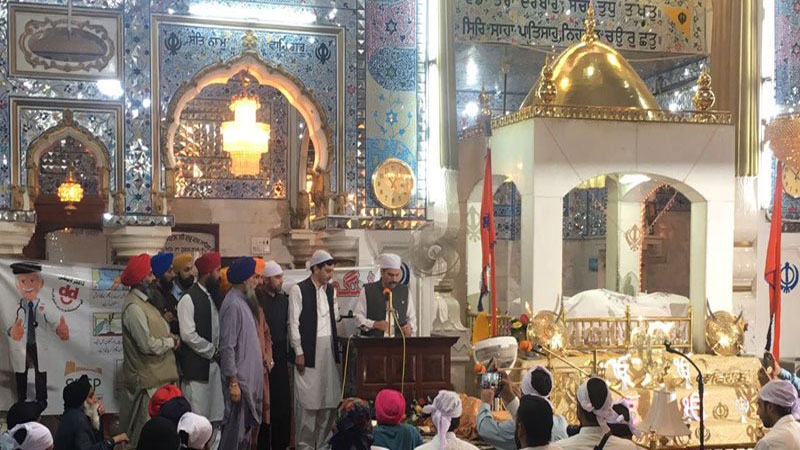 PESHAWAR: The Sikh community in the metropolis got a chance to put forward the issues they were facing, at an open court organised for the first time for minorities by the district administration at Gurdwara Bhai Joga Singh on Friday.

During the session, locals told Peshawar Deputy Commissioner Dr Imran Hamid that they lacked certain facilities in the area such as those pertaining to security. They demanded security for their community school, saying it has been attacked in the past but still lacked proper security and safety measures. They were talking about the gun attack on the school that happened a few months back.

For security, locals suggested that the personnel withdrawn from VIPs in Khyber Pakhtunkhwa should be provided to them instead. They were referring to the security claimed to have been withdrawn from influential people in KP over Chief Justice of Pakistan Mian Saqib Nisar’s directives during his visit to Peshawar on April 19.

Sikh community members also spoke about hindrances they were facing in obtaining national identity cards, saying no officer attested their documents when they go for their NICs.

Besides, they added, the provincial government did not provide them the Sehat Insaf cards. The cards were issued to people of the province by KP government under its two-year health insurance scheme called Sehat Ka Insaf.

The locals also said stipend should be provided to caretakers of their gurdwaras just like a sum is allocated for prayer leaders of mosques. They also demanded a safe crematory ground to perform final rites of their deceased. “Even if it is a land of 20 marlas, we would accept it,” said one of the locals.

Participants at the open court said they were facing issues in getting basic facilities despite being regular tax payers.

They also demanded that the Sikh marriage bill be passed in the KP Assembly as well, just like it was done in Punjab. The Punjab Assembly passed a bill on March 14, making Sikh community marriages legal.

Other than stating their grievances to the deputy commissioner, locals expressed their pleasure at his arrival for the first time to the gurdwara.

After listening to locals’ concerns, the deputy commissioner promised their issues would be solved and formed a five-member community comprising district administration officials and Sikh community members.

The deputy commissioner said they would try their best to address the grievances as soon as they are communicated.

The open court was held at Gurdwara Bhai Joga Singh in Peshawar’s Mohalla Jogan Shah, one of the famous Sikh neighbourhood’s in the city.