Judges in the line of fire

Many are uncomfortable with an independent judiciary, as it has exposed the rotten system in Pakistan

The judiciary is damned if it does and damned if it doesn’t. While hearing high profile cases, uncompromising judges and their families are vulnerable to countless threats. This includes intimidation, kidnapping and assassination attempts through shooting and bomb attacks. The firing on the residence of Justice Ejaz-ul-Ahsen, the monitoring judge in the ongoing NAB references against the Sharif family, their close aides and the former federal Finance Minister Ishaq Dar, a proclaimed fugitive in the highly has raised many questions — not to mention alarm.

The judge — whose house was attacked twice in less than 12 hours — was on a five member bench that had unanimously delivered the July 28 Panama verdict that led to the ouster of Nawaz Sharif from the Prime Minister’s (PM) office. He was also a part of the three member bench hearing the 17 petitions against the controversial 2017 Elections Act, which ruled that a person disqualified under Articles 62 and 63 cannot be the head of any political party. Consequently, Nawaz lost presidency of the PML-N.Justice Ahsen was also on the five -member bench that gave the ruling that a disqualification under Article 62(1)-f is for life.

It is important to note that Model Town’s H-block area — where the firing took place — is a high security zone as this is where the residence of Punjab Chief Minister Shahbaz Sharif is. The attack was able to be executed despite this. Equally suspicious is that the first shooting couldn’t get the due attention of the law enforcement agencies (LEAs), and consequently, there was a second shooting. How did the first shooting remain unnoticed by the LEAs in a high security zone? Their oversight needs to be investigated properly, along with why efforts were made to term the incident as a case of ‘blind bullets’.

Is it even possible for ‘blind bullets’ to fall on the same house in a span of a few hours? It seems clear that this was a well-organised and sophisticated attack, and therefore an inquiry is urgently needed. There is also need to investigate whether the attack on the house of the supervisory judge just days after the withdrawal of government accommodation to judges of the lower judiciary in Islamabad — including that of the accountability court judge Justice Basheer, who was hearing NAB references filed against the Sharif family — was coincidental or a calculated move to harass the judges. Unpliant judges and their families have been targeted — sometimes even kidnapped or attacked — in the past.

In 2013, at least nine people were killed, and fifteen others injured when they were targeted the convoy of Sindh High Court Justice Baqar Maqbool. Tehreek-e-Taliban Pakistan (TTP) claimed responsibility for the attack.

In 2016, advocate Owais Ali Shah, the son of the then Sindh High Court Chief Justice Sajjad Ali Shah — who has been elevated to the Supreme Court since then — was kidnapped from Karachi. He was eventually recovered in a military operation.

The corruption mafia and other beneficiaries of this corrupt system don’t want their party to end just yet, and want to continue bleeding the country dry. This is why they want to undermine judicial activism and intimidate judges who are presiding over high profile cases

Most recently, Supreme Court Judge Justice Gulzar Ahmed’s son was attacked by unidentified motorcyclists in Karachi. Luckily he escaped unhurt. However, political parties’ reaction on the issue in question was irrational and based on political point-scoring. The PTI indirectly accused the Sharifs of being behind the attack. The conspiracy was far deeper according PPP leader and senior Sindh Cabinet Minister Nisar Ahmed Khuhro — who was of the opinion that Shahbaz Sharif was behind the attack, so he could get his older brother put behind bars, and rise to the top of the PML-N. It is shameful that such allegations were made without any evidence.

However, it is not surprising that the finger of suspicion has been raised against the Sharifs — given their ongoing NAB cases and the bellicose language they have used against the judges and Joint Investigation Team (JIT) members who have investigated the allegations against them. This makes it even more important for Punjab’s provincial government and the federal government to use all resources to catch the culprits as soon as possible.

Judicial activism and holding powerful politicians and corrupt bureaucrats accountable for illegal practices is being seen through a narrow minded lens, and has been wrongly termed a conspiracy against civilian supremacy. The corrupt and dishonest must be taken to the docks, and this should not be portrayed as detrimental to democracy. Democracy demands transparency, accountability and social justice.

Judicial activism does not suit the corruption mafia which is active in both the public and private sector. Many are uncomfortable with the independent judiciary, as it has exposed the rotten system in Pakistan. Our country has been ravaged by poor governance, nepotism, cronyism and illegal appointments to government offices and public service.

The Suo Motu notices taken by the Chief Justice of Pakistan (CJP) on the constantly falling standard of state schools, poor healthcare, polluted water, rising private education fees and corruption in private medical colleges has irked many politicians. PM Shahid Khaqan Abbasi has termed it interference in the executives work. The CJP has responded by saying he has been forced to interfere in the Chief Executives work owing to incompetence, bad governance, illegality and rampant corruption. Furthermore, the constitution of Pakistan has given the judiciary the power to look into matters of public interest under Article183 (4).

The corruption mafia and other beneficiaries of this corrupt system don’t want their party to end just yet, and want to continue to bleed the country dry. This is why they want to undermine judicial activism and intimidate judges presiding over high profile cases. It was encouraging that subsequent to the attack on Justice Ahsen’s house, the CJP made it clear that the judiciary could not be intimidated through cowardly attacks. 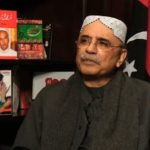 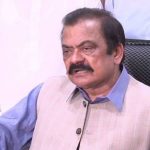 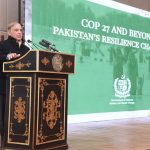