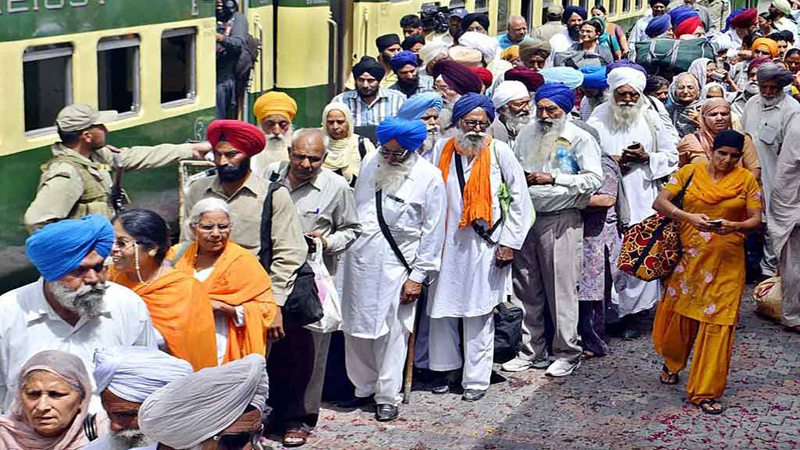 LAHORE: The Evacuee Trust Property Board (ETPB) spokesperson on Sunday dismissed Indian Ministry of External Affairs’ allegations that the Indian High Comissioner was not allowed to meet with visiting Sikh pilgrims.

Responding to a question regarding the Press Release issued by the Indian Ministry of External Affairs alleging that the High Commissioner of India was “prevented” from meeting the visiting Sikh pilgrims, the spokesman rejected the allegations as baseless. The spokesman said it was deeply regrettable that facts in this matter had been completely distorted and misrepresented.

It was added that the factual position is that the ETPB Secretary had extended an invitation to the High Commissioner of India to attend the main function of Baisakhi and Khalsa Janamdin at the Gurdwara Panja Sahib on 14 April 2018.

Moreover, the spokesperson said that the Foreign Affairs Ministry promptly processed the matter on 13 April and granted the travel permission. However, in the run-up to the main function, the ETPB authorities noticed strong resentment among segments of Sikh Yatrees, gathered there from different parts of the world, protesting the release in India of some film on Baba Guru Nanak Devji.

Considering an emotionally charged environment and the possibility of any untoward situation, the ETPB authorities contacted the Indian High Commission officials and suggested cancellation of the visit. The Indian High Commission officials, after due deliberation, conveyed back to ETPB their agreement to call off the visit in view of such a situation. The ETPB acted with sincerity and in good faith, and the cancellation took place with mutual understanding.

Further it was stated that later in the day (14 April), however, the matter was raised with the Foreign Office in Islamabad and the Pakistan High Commission in New Delhi and a “protest” was lodged. In response, the factual position was duly communicated to the Indian side, both in Islamabad and New Delhi. Despite that, it has been seen that a wrongful version has been presented to mislead the public opinion.

The spokesperson added that “we deeply regret this Indian attempt to generate controversy around the visits of Sikh pilgrims and to vitiate the environment of bilateral relations. For decades, Pakistan has made excellent arrangements to facilitate the visits of Sikh Yatrees from across the world, including India, and extended protocol, reception, security, medical and other facilities. This is consistent with our religious ethos and traditions of hospitality.”