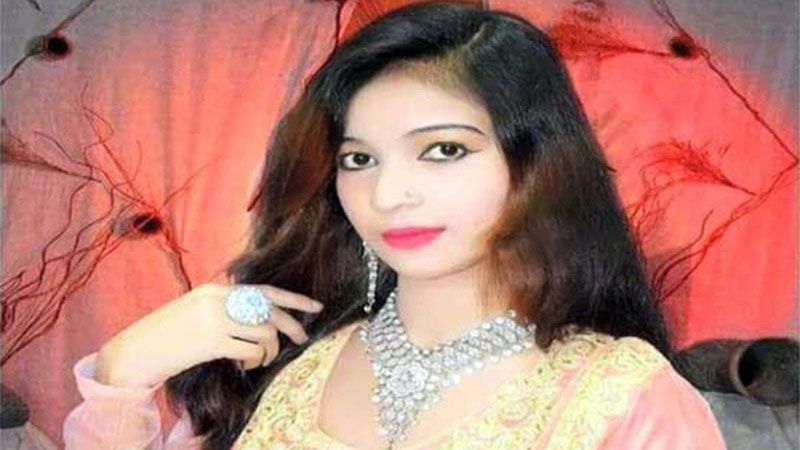 LARKANA: The suspected murderer of artist Samina Sindhu, Tariq Jatoi was presented in the court on Thursday.

Police has been granted his seven days physical remand. The investigation officer DSP Liaquat Abbasi claimed that three shots could be heard in the video as an evidence of the murder.

e stated that terrorism act has not been included in the first information report (FIR).

Furthermore, he demanded capital punishment for the accused who killed his pregnant wife.

Sindh Human Rights Defenders Forum Chairman Ali Ahmed Palh, during a press conference, claimed that the murder of Samina Sindhu is target killing. He alleged that police have neither included terrorism act nor possession of illegal weapons act in the FIR that favours the accused. He claimed her murder to be an act of terrorism as she was killed publicly.

“It is not the killing of Samina but of art and music. Her murder has sent a message that Sufism, music, art and dance are endangered in Sindh,” he said. He claimed that Pakistan ranks at 150 in the world in committing violence against women.

He demanded investigation of the case to be conducted in accordance with the constitution and by an honest police officer. He pledged his full support to the family of the slain artist.

Postmortem of the deceased artist was conducted by Dr Pooja and the report states that Samina was seven months pregnant and was shot from a distance of 7 or 8 feet that wounded her lungs and heart.