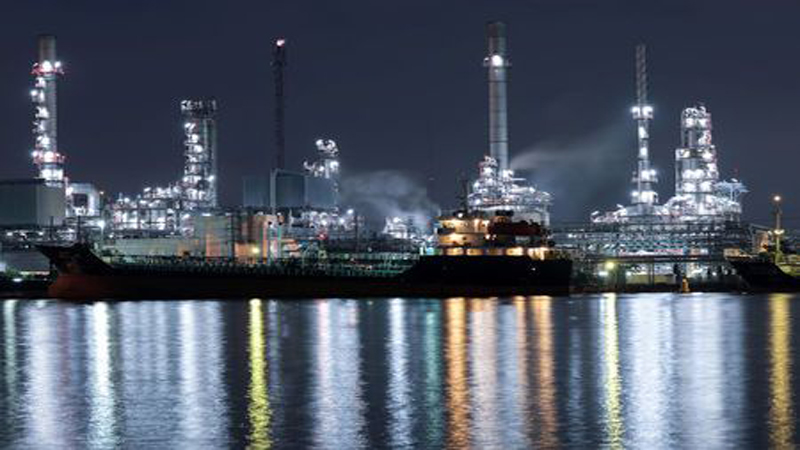 Thai energy companies are on a roll. The national oil and gas champion, a coal miner and power utility, upstart solar and wind companies, virtually all are expanding across Southeast Asia, applying practices and technology developed at home.

Thailand is reaping the benefits of two decades of government energy policies that have supported the sector. Companies are also profiting from oil and gas prices that are recovering from a three-year slump, increasing electricity demand due to economic growth, and renewable technologies that have become competitive against fossil fuels.

Also, while the military junta that has ruled Thailand since mid-2014 has put no stamp of its own on the energy sector, it has targeted infrastructure spending to boost the economy and prioritised investment in hi-tech industries.

Long-standing reform policies have turned Thailand’s state energy company PTT into a successful international oil and gas producer, encouraged the development of power producers such as Electricity Generating, and fostered the emergence of renewable start-ups like Energy Absolute. “The power businesses in Thailand have developed expertise in this sector, and are now well placed to support energy development across the region,” said Robert Grant, Asia Pacific head at Canadian-listed SNC-Lavalin, an engineering and construction firm focused on energy, infrastructure and mining.

The 10 members of the Association of Southeast Asian Nations (ASEAN) together have a population of more than 600 million people, with a collective gross domestic product (GDP) of nearly $3 trillion, according to research company Statista.

ASEAN’s energy use rose by 60 percent in the last 15 years, according to the International Energy Agency (IEA), which also says the region’s demand could grow another two-thirds by 2040.

Companies aiming to take part in the growth in ASEAN and beyond include B.Grimm Power, a Thai power developer that already has assets in Vietnam and Laos, and Banpu Power, which is building a coal-fired plant in China.

“You can already see increased activity by Thai investors in the ASEAN region,” Grant said.

The expansion has been reflected in the local stock exchange, with shares of energy companies growing nearly 75 percent since the start of 2016, against a broader market gain of less than half that.

It’s also sparked a rash of listings, with Thai power companies having raised more than $2 billion from initial public offerings (IPOs) in 2016 and 2017. Thailand’s third-biggest generator, Gulf Energy, in December held the biggest listing the country has seen in a decade, at more than $700 million. Gulf has said it expects revenue to grow by 18 percent this year, fuelled in part by a major solar investment in Vietnam. The IPO funds will be used to repay loans and finance new regional power plants, it says.

Government policy “created an ecosystem for growth for Thai energy companies,” said Maria Lapiz, head of institutional research at Maybank Kim Eng Securities, with the first reforms coming in the 1990s. That’s when the government began allowing small power generators (1-90 megawatts) to sell to the national grid. Thailand was also an earlier adopter of natural gas, which now generates about 60 percent of its electricity. In 2012, Thailand was one of Asia’s first countries to introduce “feed-in” tariffs to give solar developers additional payments on top of normal prices when selling electricity to utilities, channelling investment into the sector.

Similar tariffs have been applied to other renewable power sources, including wind, small-scale hydro, biomass and biogas. The privatisation of PTT was another big boost to the energy sector. The government now holds a 51 percent stake in PTT, which operates as a private company with less political interference than state rivals like Malaysia’s Petronas and Indonesia’s Pertamina, both of which remain under full government control.

“PTT was privatised in 2001, which helped drive growth in the energy sector from E&P to refiners and helped in the development of the Thai capital market,” said Lapiz. The growth trend is clearest in renewables, where Thailand is the first Southeast Asia nation to crack the top 15 solar power generators, according to the International Renewable Energy Agency (IRENA).

Thanks to the early start and good relationships with neighbouring governments, Thailand is “a leader in Cambodia, Laos, Myanmar and Vietnam, and will continue to expand into these countries,” she said. Thailand’s largest solar company, Superblock, plans to branch out with a $1.8 billion investment into wind farms in Vietnam.

And Thailand’s biggest wind power generator, Wind Energy Holdings, plans to invest in solar, hydro and biomass to back up its capacity, not just locally but also in Vietnam, Cambodia, Laos, Myanmar, Bangladesh and Australia.

Even in coal, a sector recently shunned due to public pressure to invest in cleaner energy, Thai firms are growing. Miner Banpu in February reported a more than 250 percent surge in annual profit, partly because of new coal mine investments, including in Indonesia, and power projects in China and Japan.

In oil and gas, PTT – long the global carrier of the Thai exploration and production flag – is developing new assets in the region for the first time in years, with around $4.5 billion in cash on hand to invest at home and overseas. Not all indicators point to an ongoing boom. Local consumption is stalling due to low population growth and improvements in energy efficiency, while domestic capacity is sufficient to meet basic requirements.

“Going forward, Thai power company growth will depend on the ability to secure capacity and have a steady stream of projects … which (are) increasingly coming from overseas,” said Kasikorn’s Thidasiri.