* The Ministry of Finance while rejecting the budget demand sent by MCI, asked them to generate funds from their own resources 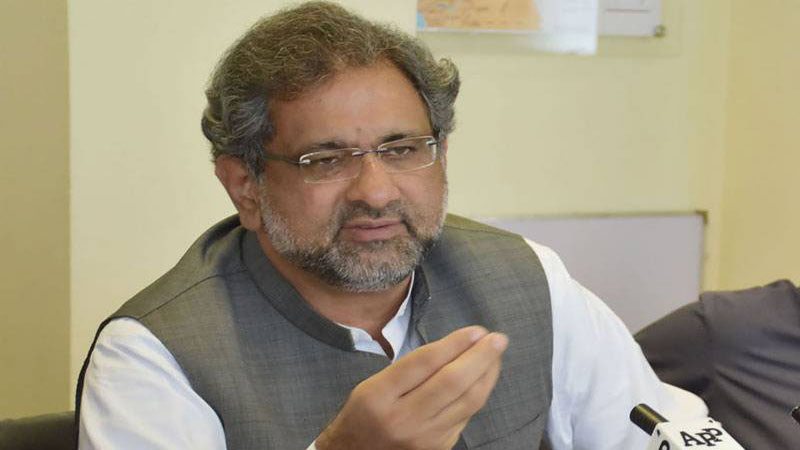 ISLAMABAD: After a thumbs down to avail Rs 15 billion share in the Budget 2018-19 from the Ministry of Finance, the Metropolitan Corporation Islamabad (MCI) is preparing to approach Prime Minister Shahid Khaqan Abbasi in order to convince him on allocating the requested amount.

The Ministry of Finance recently refused to reserve budget for MCI in its upcoming budget. The local government demanded an amount of Rs 15 billion to run its affairs including Rs 10 billion for non-developmental expenditures and Rs 5 billion for development projects.

The Ministry of Finance while rejecting the budget demand sent by MCI, directed to generate the funds by its own resources to fulfil the developmental and non-developmental needs.

However, sources informed Daily Times that the MCI had decided to approach PM Abbasi to allocate the requested amount in the Budget 2018-19.

When contacted, the Chief Metropolitan Officer Syed Najaf Iqbal confirmed that a summary in this regard will be moved next week to the PM for allocation of requested amount in Budget 2018-19.

“We are quite confident that we will be able to get a budget on the intervention of prime minister because we are a service provider agency and without funds, we cannot run our affairs properly,” he said optimistically.

Last year, the PM had approved an amount of Rs 2.5 billion for MCI as onetime special grant for the non-developmental expenditures but also suggested that local government should create its own resources.

The CMO while explaining the situation, said that the local government act was very much clear about the recurring costs, which will be provided by the federal government.

“We will explain the prime minister on the same grounds and we are quite confident that he will accept our budget request,” Syed Najaf Iqbal said.

The local government setup in the federal capital was introduced in November 2015, when the residents of Islamabad voted to elect their representatives for the first time under the newly-minted Islamabad Local Government Act, 2015.

Later on, the administrative control of several departments were handed over to MCI, which were previously working under the Capital Development Authority (CDA). The transfer of assets and liabilities from CDA to MCI in true letter and spirit is still awaited due to multiple reasons ranging from bureaucratic impediments to multi-layer court litigations.

Currently, the CDA is paying for the salaries and bearing other expenditures on behalf of MCI for respective directorates on ‘borrow’ arrangement.

Budget 2018-19 is the third budget by the incumbent government since the formation of local government in Islamabad but unfortunately the elected representatives did not receive a single penny from federal government in budgets so far.