Talent automatically creates opportunities; each of us just has to follow his or her respective intelligence and make miracles happen

In our society, people are generally inclined to equate high grades with intelligence. Those who do not manage to achieve high grades are labeled as ‘dumb’ or even intellectually disabled. This is a sheer negation of diverse nature of intelligence.

Eventually, unnecessary mental pressure is built on the ones whose intelligence is not related to academic success. Chances are high that if a child is not good at studies, he might be skilled in any other area. 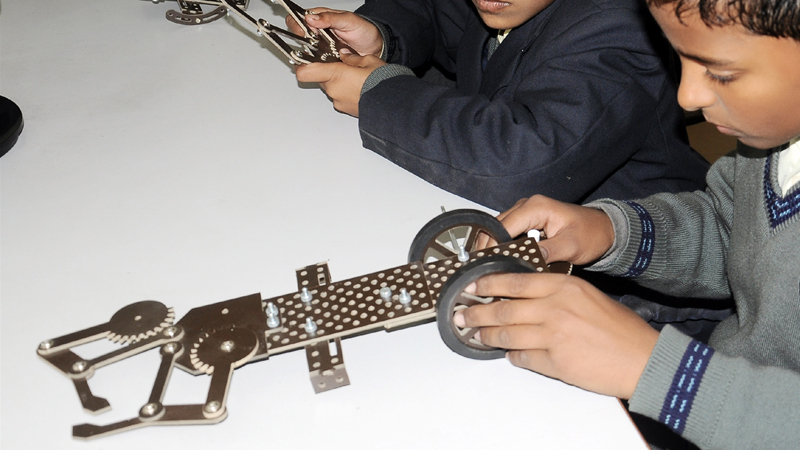 During my last three years of teaching experience in different universities, I came across various students who are superstars in fields other than pure academics. I have seen them drawing, doing photography, singing songs and playing sports in a very fine manner. They are found to have huge talent in their own respective intelligences. But unfortunately most of them are not following their dreams and honing their talents into a career. Rather they are trying to study, get good grades and force themselves into a field where they are total misfits, just because of not being given parental approval for following their intelligences, talents or interests. Sometimes students themselves do not follow their talent due to lack of belief that they would be successful.

People usually have many excuses for not pursuing careers in what they are intelligent, and the simplest of all is that they were never given the opportunity to be on stage and prove their talent. Well, it could have been an excuse twenty years ago but not anymore. Social media has bolstered our collective society to the level where anyone could make a video or take a photo depicting their talent or skill and upload it on social media. If someone really has talent in any specific field, social media has the potential to take them to the heights of success.

In our society, people are generally inclined to equate high grades with intelligence. Those who do not manage to achieve high grades are labeled ‘dumb’ or even intellectually disabled. This is a sheer negation of the diverse nature of intelligence

We have multiple examples in front of us who became stars just through social media. Recently Arshman Naeem sang a song of Atif Aslam and uploaded on social media; there would have been hardly anyone who listened to his song and did not praise the child’s talent. He even was interviewed on a news channel and Atif Aslam promised to include him in one of his next songs. Another similar example of Jahangir Sukkur who sang a song and uploaded on social media and within months his video became viral and he was given the opportunity to record his song on Patari (a Pakistani music streaming service). Recently, Wasim Akram and Ramiz Raja found talented bowlers of very young ages through social media.

The examples that were just discussed are of people from disadvantaged socioeconomic backgrounds. It is even easier for those who are well-off. They can simply upload the video and sponsor it with a couple of thousand rupees, if they would have talent, they can easily catch the public attention. People who can paint, sketch, sing or write should make their social media pages. You never know — how opportunities would be coming to your way!

Today, we take utmost pride in Wasim Akram (king of swing), Amir Khan (boxer), Aisam Ul Haq (tennis player) and Fawad Khan (actor). It is just because they followed their talents and made their intelligences as their career. The need of the hour is to promote a culture of multiple intelligences and encourage young people who are intelligent in fields other than studies to come forward and accept the challenge. Talent automatically creates opportunities, each of us just has to follow his or her respective intelligence and make miracles happen.

The writer is a consultant psychologist, he tweets @Ahmed_Bilal01