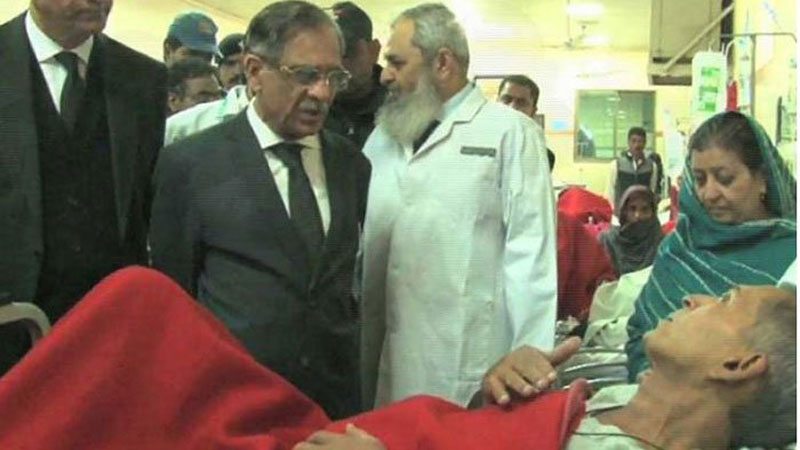 While hearing the Suo Motu notice taken over the condition of the city’s medical facilities, the CJP questioned the health adviser’s performance, saying no work had been done in the sector. He also asked Khawaja Salman if his job was to only look after the employees’ transfer and postings.

The CJP declared that CM Shehbaz Sharif should be summoned, so that he could be shown the poor state hospitals of Punjab were in. The health adviser responded to Chief Justice Nisar’s reservations, by saying that his department worked on the upgradation of hospitals.

Khawaja Salman insisted his department transformed the Lahore Children’s Hospital from 500 to a 1,200-bed facility. He added they also made the health facilities in Arifwala tehsil of Pakpattan and Wazirabad city of Gujranwala functional.

However, the CJP remarked, no work was done in Punjab for the treatment of cancer patients. He observed the provincial government had only called in doctors from abroad to serve them.

Taking notice of the cases related to the health sector in the Lahore registry, the CJP also sought details of employment of a vice chancellor for Nishtar Medical College, Multan. He also ordered that recommendations for improvement of Punjab hospitals be put up on the respective websites.

The CJP went on to remark that locals should send their suggestions regarding hospitals to the authorities concerned within 15 days.