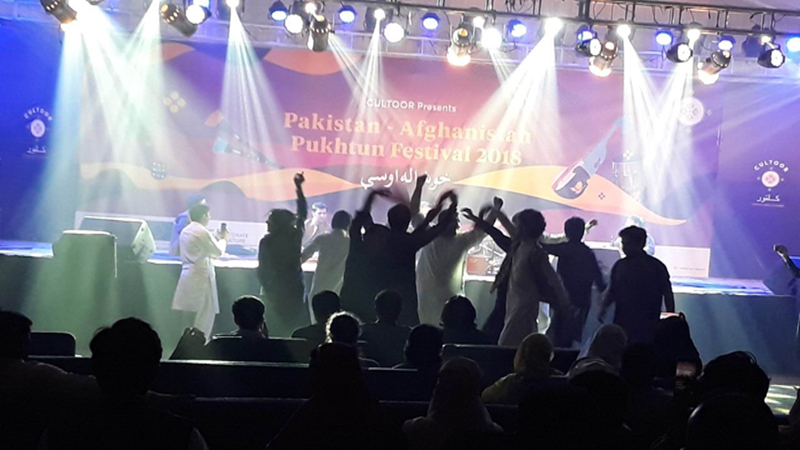 Once one of the most influential artists of the 20th century Pablo Picasso had rightly said, “Everything you can imagine is real.” They imagine it and now they are making it a reality. The Pukhtun women activists have committed to showing their resilience and certifying their gradual appearance in the society. Now they have decided to challenge their stereotyping at the hands of media and the less informed people living in urban areas.

Three-day Pakistan-Afghanistan Pukhtun Festival 2018, framed by renowned anthropologist and documentary filmmaker Samar Minallah Khan, began on Friday at PNCA Islamabad. ‘Cultor’ (culture in Pashtu) is founded by activist Samar Minallah along with other 3 co-directors (Maria Usman, Lubna Farooq and Shandana Khan) with a vision to use culture as a powerful tool for development and connecting people, particularly the neglected and vulnerable women.

The three day festival is unique for many reasons. It seems to be the first ever multicultural event being dominated by women writers, women activists and poetess with undaunted efforts. The festival comprises speeches on cultural diversities, women rights, challenges to Pukhtun women, Art exhibition, Attan dance, songs from some leading Pashtu singers and many more.

Apart from Khyber Pakhtunkhwa and FATA the gathering will be represented by women activist from Balochistan (including Hazara Community) and Afghanistan. The audience will be able to listen to Afshan Afridi, an activist fighting for the rights of women in Khyber Pakhtunkhwa. Another prominent voice and founding member of Khor (acronym of Khwando Himmat and Ranra i.e sisters’ empowerment and awareness) from Kurrum Agency Dr Noreen Naseer will highlight her struggle for the empowerment of women in FATA.

The festival appears to be the first ever multicultural event being dominated by women writers, women activists and poetesses who provided extraordinary services by playing role in reforming the society

The festival has a major representation from Afghanistan, where leading social and women activists Palwasha Hasan (Founder of Afghan Women Activist) , Semin Qasmi (women rights activist) and Zakia Wardak (President of The Afghan Samoon Society) will brief the audience with their tremendous role they contributed to the society and excelled in their respective fields. Arzo Ziarat Wal and Haseena Gull are among the leading poetess to express their thoughts on the struggle and role of Pakhtun women in society through their enchanting verses.

Fortunately, the event is in progress at a time when the Noble peace prize winner and inspiration of all the participant women activists, Malala Yousafzai, is already in town for the first time after being shot injured by militants in Swat in 2012. Her presence in Pakistan will fuel a fresh impetus among these activists to bolster their struggle and reconnect their cultural bonds being indigenous to them. It will remind them of the role of a woman who is the creator of ‘Tappa’, the oldest and most popular genre of Pashto poetry, whereby mothers, sisters, wives and others were admiring and remembering their loved ones and enemies while displaying courage, gallantry and challenges. 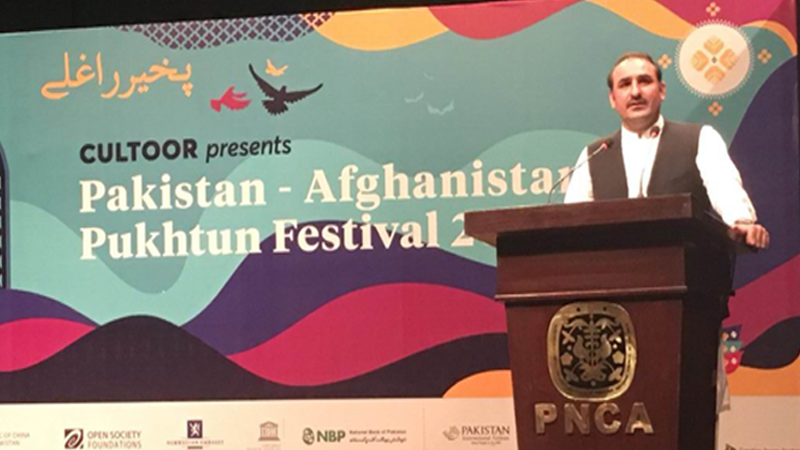 By giving space to the female activists of Afghanistan, FATA, KP and Balohistan, the event aims at multiplying the message of peace in the volatile region. The event also aims to promote education and empowerment of women. Gathering of women activists under the same roof with a view to find out solutions to the underlying challenges is expected to inculcate a ray of hope among the neglected and deprived women of the region.

The writer is a senior journalist based in Islamabad and can be reached at hellozeb@gmail.com