LBF attendees take a tour of the historical Shahi Hammam

The tour highlighted the importance and significance of the Shahi Hammam 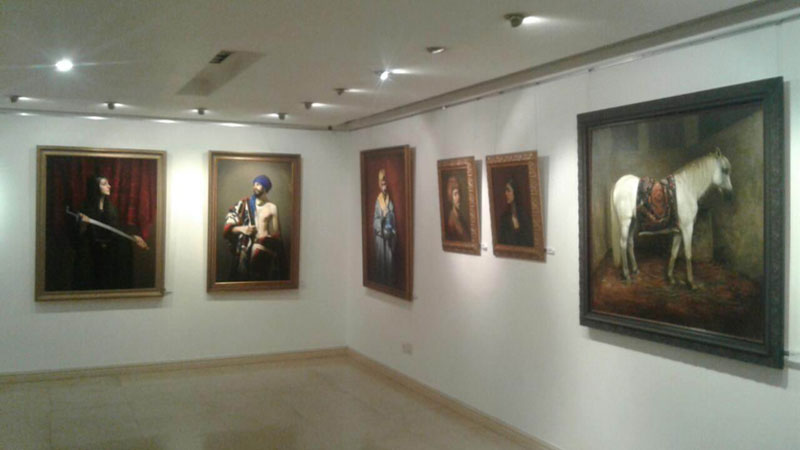 The participant artists of Lahore Biennale Festival (LBF) 2018 Aisha Khalid and Imran Qureshi on Sunday led a tour of their art works at the historical Shahi Hammam.

The tour highlighted the importance and significance of Shahi Hammam. It also featured the art work of both artists which were displayed in different areas of the hammam. Art work included paintings, work on fabric and contemporary animations. Large number of people visited the venue and took part in the tour of art work of both the artists.

While talking to Daily Times on the occasion, artist Imran Qureshi said that his work, displayed at Shahi Hammam, is painting on canvas but he displayed them in an unconventional way due to the significance of the site. He told that in art, the place always matters, especially when it has its own specific history and background. “Shahi Hammam, being a part of our historical heritage, must be respected.”

Talking about the theme behind the art work, Qureshi said that his paintings are in the form of cluster gold and red colour. However, the red colour shows the blood depicting an idea of blood bath which is totally related to Shahi Hammam which has witnessed a lot of blood baths since its inception.

“If you look at the history of 16th and 17th century, the place has changed immensely, it was different in Mughal era, then Sikhs came and totally changed it by destruction and then British came who used this as a court and army barracks.”, he added.

About his work displayed at Lahore Fort’s historical Summar Palace, he was of the view that the work confronts the viewer with the stark reality of today’s artificial landscapes: a field of optic fibres, multiplied by mirrors to resemble an endless unnatural steppe. “This is the present: the digital non-space, a completely abstract world with no relation to the locality, the handmade, and the human”.

He added that in a world of bleaching coral reefs, disappearing rainforests and drying lakes, only the plastic landscapes are gaining ground.

Speaking about her work displayed at Shahi Hammam, Aisha Khalid explained, “When I do site specific installations, it is very important for me to see what the background of people of that place is. And this is my place so I can really connect to this city. So when I was assigned this place I was excited”.  She said that the first thing that came to her mind was that Lahore is changing rapidly and just in the last ten years, it has changed so much that we cannot see it in its original form.

Aisha went on saying that there are a lot of bridges built in the city, orange train is about to start, new developments are being made which is beneficial to the people at different levels but as an artist she sees the city from different angles. “For me this change is a little painful on some level. So I have put up a mirror on the main dome, and whole reflection of the building can be seen in it. And there is an orange tape at the mirror, so whatever we see is through that orange tape in Lahore. And this change
will take many things of Lahore from us”, she said.

On her views regarding the LBF, she said that it is exciting that the Biennale is happening for the first time in Lahore and more than 60 artists are exhibiting.

About her work titled ‘Name Class Subject’, she said, “As a child, I learnt how to write in Urdu first and in English only later. I went to a government school where the medium of instruction was Urdu. When we were 14, English was introduced”. She said, “Suddenly, we had a new language thrust at us and with it a gradual realisation that this alien tongue and those fluent in it were considered culturally superior to us – the Urdu speakers.”

Meanwhile, a group show exhibition titled ‘Resurgence: Redefining the Landscape of Lahore’ kicked off at Ejaz Art Gallery on Friday. It was a collateral event of Lahore Biennale 01. ‘Resurgence’ exhibition was exclusively intended for Lahore at its fullest. Each work was specifically made for the exhibition to encapsulate the spirit of Lahore and its landscape in 2018.

A large numbers of artists, students, art lovers and people from different walks of life thronged to the gallery on the opening day. Visitors appreciated the artistic approach and thinking of the artist as seen in their artworks. Prominent figures including Walled City Lahore Authority (WCLA) Director General Kamran Lashari, Cartoonist Jawed Iqbal and various senior artists, who visited the gallery and admired the artworks on display. 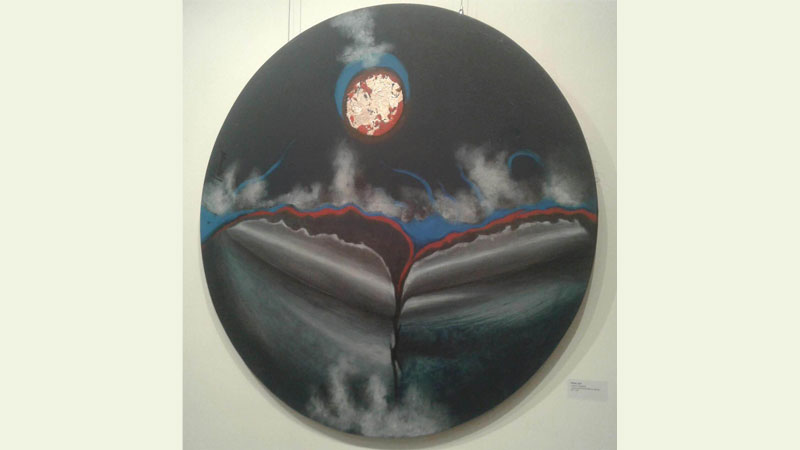 Moreover, the selection of artists was based on their relationship to Lahore; most artists in the list were graduates of National Collage of Arts and few from Punjab University of Art and Design as both the institutes hold a great art history and have produced many prominent artists.

The exhibition will continue till April 5.