Cannot walk away from war in Afghanistan: US 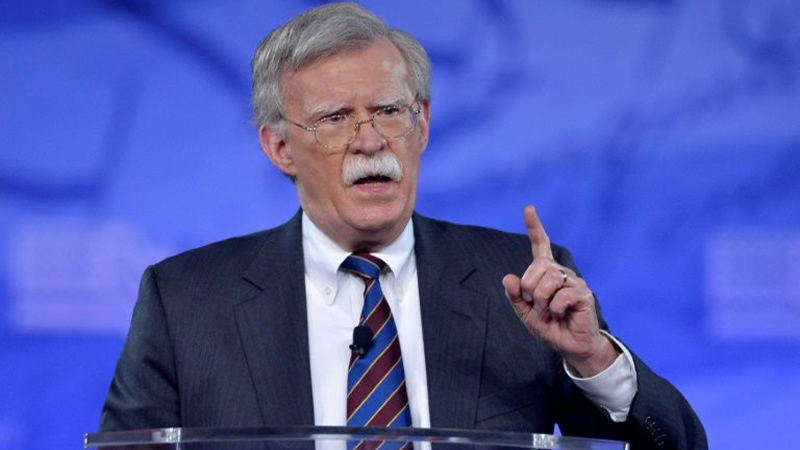 ISLAMABAD: President Donald Trump’s latest pick for national security adviser, John Bolton, says the United States cannot walk away from the war in Afghanistan because of the larger threat from the Taliban, the Islamic State terror group and al Qaeda, according to Voice of America.

Bolton, a former US ambassador to the United Nations who is widely known for his hardline views, is set to become Trump’s new national security adviser after his predecessor, HR McMaster, resigned following reports of ‘irreparable’ differences with the president and other key White House officials.

Bolton told an audience in Washington in late February that Americans are frustrated that the US is still in Afghanistan. “We didn’t start this war, we don’t want this war. But one side doesn’t get to say, ‘Okay, we’re tired of it, I think it’s over,’ ” he said while speaking at the Daniel Morgan Graduate School of National Security in Washington.

Bolton’s views on ensuring the Taliban are degraded square with Trump’s Afghan strategy announced last August. Trump committed to sustaining the US military campaign for as long as necessary and empowered American field commanders in Afghanistan to make tactical decisions as they deemed necessary. But the Trump administration has since faced criticism about the lack of a complementary political and diplomatic strategy to achieve reconciliation in a country replete with ethnic fault lines, government corruption and a resilient Taliban.

In an interview with VOA, former US Ambassador Robin Raphel praised Bolton’s recognition that the US cannot walk away from the Afghan war. But she noted Bolton must also recognize ‘the need to energize the political track, as has been affirmed by Defense Secretary Jim Mattis and General Nicholson, who recognise there’s no military solution to the Afghan conflict’. Nicholson is commander of US Forces Afghanistan and the Resolute Support Mission.

Conceding that the Taliban insurgency is gaining momentum, Bolton has argued that a more compelling reason for the US staying the course in the Afghan war is to prevent radicals in the region from being emboldened.

During his talk last month, Bolton said that if the safety of Pakistan’s nuclear arsenal was threatened, “you would have Iran on steroids right now.” Pakistani officials have long rejected the notion that the country’s nuclear arsenal is at risk.

The former UN ambassador views on the country’s nuclear programme are likely to stir the long-standing view held by a section of Pakistan’s authorities that the US wants a permanent foothold in Afghanistan to secure Pakistan’s nuclear weapons in case of emergency.

Bolton has called on Americans to be patient about the Afghan conflict, despite the war being ‘costly in terms of American lives’. “There’s a lot of dissatisfaction with the Afghan performance over the years. We’re obviously in a difficulty in our relationship with Pakistan. It’s been a difficult relationship for a long time,” Bolton said in his speech at the Morgan school.

Bolton is assuming the post of Trump’s national security adviser at a time when US officials are attempting to persuade the Taliban to engage with the recent peace overtures by Afghan President Ashraf Ghani.

Ghani has pledged the Taliban’s reintegration in Afghanistan’s political and administrative structures if they lay down the arms and willingly morph into a political party.

Deputy Assistant Secretary of State Alice Wells recently told VOA she believed the Taliban were taking time to weigh the Afghan president’s peace offer. She expressed hope the Taliban would indicate their willingness to engage in negotiations over what she described as Ghani’s ‘forward-leaning approach’ ahead of the Tashkent Peace Conference that opens Monday in Uzbekistan’s capital.

Delegates from the US, European Union, Turkey, China, India, Pakistan, Afghanistan and other regional partners will participate in a two-day huddle in support of Ghani’s peace initiative.

According to the latest reports, Taliban leaders have not contacted Uzbek authorities or other parties signalling their willingness to participate in the Tashkent conference.