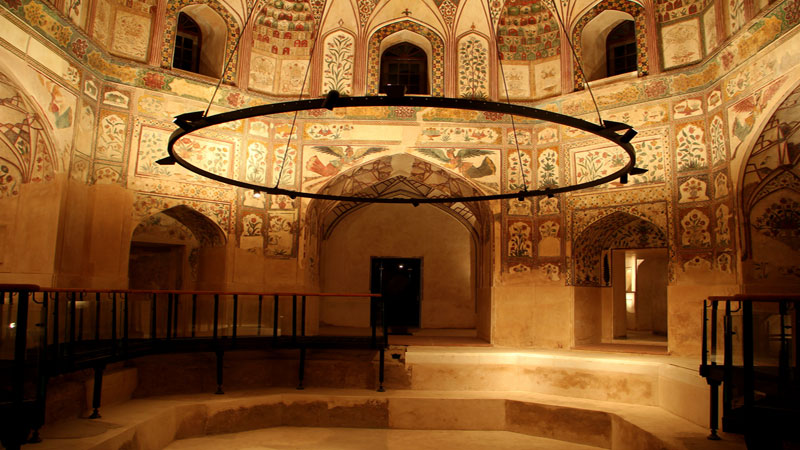 The famous Queen Noor Jahan, wife of Mughal Emperor Jahangir, was suffering from an untreatable disease and all the local herbal doctors (Hakeem) and physicians had failed to cure her. That was the time when one of the courtiers told the emperor about a Hakeem of Chiniot Ilm Ud Ansari, and thus he was called to Lahore to cure the Queen’s disease which was distressing the emperor. So the Hakeem made his entry into the Royal Kingdom of the Mughals. Hakeem Ilm Ud Din Ansari figured out the cause of disease and cured it by making the Queen walk on burning sand. It was actually a cyst under the foot of the queen that had made it painful. As the Queen was cured, there were celebrations in the city and Hakeem Ilm Ud Din Ansari was at once raised to the position of officer of the hospitals when the queen recovered fully. The history records that Ilm Ud Din had gained much importance in the royal court and Shah Jahan, the son of Jahangir, got associated with the Hakeem. Meanwhile, the hakeem was asked to resolve several conspiracies of the court and he accomplished the tasks. After the death of Jahangir, on the coronation of Shah Jahan, the hakeem was given the title of ‘Nawab Wazir Khan’ and was later declared the governor of Lahore.

During his service, Wazir Khan built and designed many magnificent buildings in Lahore which included grand mosques, gardens, hammams (baths), caravanserais, bazaars and havelis. In the same period came the construction of the Wazir Khan Hammam as well. And from here starts the story of this outstanding hammam today known as Shahi Hammam or Wazir Khan Hammam.

The hammam was built in 1634 and was meant for the general public. Some days of the week were dedicated for the ladies of the city and other days for men. The walls were painted with rich fresco and ghalib kari, a local design technique

This hammam was built in 1634 and was meant for the general public. Some days of the week were dedicated for the ladies of the city and other days for men. The walls were painted with rich fresco and ghalib kari, a local design technique. The bath was designed on Turkish style and had 21 rooms in it. The public bath offered the facilities like bathing, massage, spa, sauna and hair cutting. Historically and geographically, the existence of Hammam made sense at this place. The travelers would enter Lahore through Delhi Gate, freshen up in Hammam and then went further for offering prayers at the Wazir Khan Mosque situated ahead.

Well, the hammam was very perfectly administered and provided a trendy service for travelers and public at that time. There were attendants to welcome the public inside the hammam and inform them about the services being offered. The hammami or the attendant provided the people with towel and soap and they would sit in the waiting area for their turn. The hammami or the attendant would call the person upon his turn and offer the services of cold and hot bath along with massage. The charges of all the services were minimal so that it could serve the masses and all economic classes. Now imagine the scale of this place and the beauty of serenity attached to it.

With the end of Mughal era, the hammam died its own death. During the Sikh rule, its heating system was completely damaged and many ornaments were plucked out of the ceilings and walls. Then came the British Raj and hammam was transformed into the offices and residence of the police and soldiers. Finally came the time of independence and after 1947, it was converted into a boys’ primary school, a girls’ vocational school, a dispensary and also served as office for various government departments. Residences for the government employees were also constructed on the rooftop. The northwestern rooms (Hujras) were rented out as shops by the Department of Auqaf and additional shops or encroachments were made on the northern, western and southern façades of the hammam. These encroachments resulted in damage to the structure as well as water ingress in the foundations. Some minor restoration works were carried out in 1991 but those could not be sustained for long.

Then came the year 2012 when the Walled City of Lahore Authority, understanding the importance of Shahi Hammam, removed 52 encroachments from its façade and set out the conservation plan. Aga Khan Culture Services Pakistan extended their technical support for conservation, and in 2014, the Royal Norwegian Embassy funded the conservation. This process was completed in 2016 and the same year Shahi Hammam won the Award of Merit by UNESCO for best conservation practices in Pakistan. During the conservation, the white wash over fresco work was removed through certain chemicals for revealing the original fresco underneath. Fresco experts from Sri Lanka who toiled with the students of National College of Arts carried out this task. Marble floors were laid in all the 21 rooms of the Hammam in 1991 restoration by the Archeology department. These floors were excavated during the 2014 conservation to reveal the hypocaust system. It is claimed by the historians that the Hammam was an extended building which was partially demolished while reconstructing the Delhi Gate during British Rule. The foundations of some parts of the Hammam were revealed during the excavation which endorsed the historians. The foundations of other rooms and buildings were also revealed along with the main water channel of the city which has been preserved for the tourist. The one original dome is also intact on the roof top of the hot bath area. The waiting area is now converted into a sitting area and a small museum is also built inside one of the galleries where the artifacts found during the excavation are placed.

So did Wazir Khan know that how the time would treat his cherished building? Now let’s come to the most scientific and interesting feature of this Hammam: how it worked? The steam channels were made under the floor which is the hypocaust system. The woods were burnt under huge furnaces having water from where the steam would rotate through those channels heating up the floor and the water in the reservoirs. The water pipes in the form of tunnels were made and camouflaged between the walls which provided fresh water to the people. The used water was drained out through the open drain channels in the floor which was collected in a central pipeline from where it was thrown into the main drain of the area. Small openings in the ceiling of each room were made for ventilation and lighting purposes. Different rooms served different purposes like hot bath, cold bath and massage.

At present, this hammam is the most famous tourist spot inside Delhi Gate and on Royal Trail. Frequented by thousands of visitors, the hammam is no doubt a masterpiece of architecture. The most important attribute of this hammam is that it is the only one of its kind in Asia now and you will not find any other hammam of this design anywhere. We see Hammams in Shalimar Garden and Fort but they do not match the beauty and scale of Shahi Hammam. I think Pakistan is lucky to have such masterpieces of history.