Did religion play a role in the success of Roman Empire and Abbasid Caliphate? 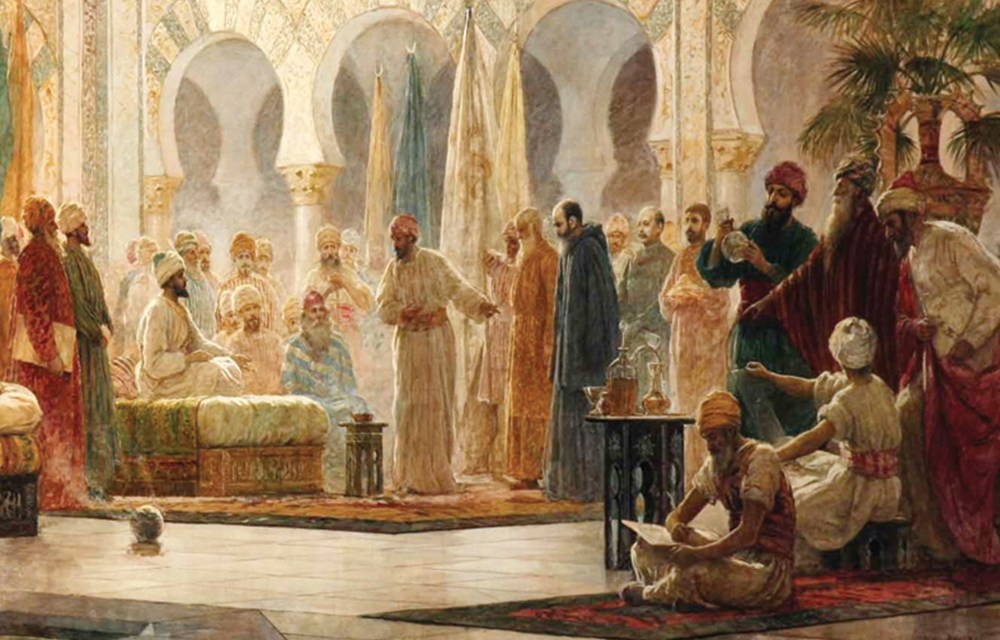 Of the whopping 1500 years of Roman rule, only the time period straddling reigns of Augustus to Marcus Aurelius is regarded as Pax Romana – the Roman Golden Age. Similarly, the Abbasid Golden Age begins from accession of al-Mansur and ends with elevation of al-Mu’tasim in year 833 AD, when power of Abbasid caliphs had begun to erode by, among other factors, reactionary brigade of religious scholars. Not surprisingly, both these periods of glory of two different civilisations share a common context: the unprecedented socio-economic development and cultural flowering being transpired against the backdrop of optimum religious tolerance.

In the principate, from consuls to magistrates and from praetorians to plebeians, anyone could worship anything during the rule of the ‘five giants’. Numerous gods, deities and past emperors were consecrated in Rome with no restriction at all. Although emperor worship was a major unifying force, there was no statutory punishment in place for dissidents and ‘blasphemers’.

During Islamic Golden Age under the auspices of the early Abbasid Caliphs, there was no set pattern of the curriculum of schools, madressah’s and universities. Teachers were free to teach anything to their pupils, from criticism to geometry, and from commentary on Quran to algebra, making critical thinking not a rare, but a common, commodity.

The Mu’tazilites were sponsored by the Caliph al-Ma’mun, who was the greatest supporter of Greek thought in Islamic history. He is said to have had a dream in which Aristotle appeared to him. He asked the philosopher, “What is the good?” and Aristotle answered, “It is what is rationally good.” And so, al-Ma’mun embraced this rational school of theology — the Mu’tazilites — and also patronised al-Kindi, the first Arab philosopher.

State-backed rationalist scholars were engaged in a fierce intellectual battle with the religious establishment – which would later come under the umbrella of Ash’arites – over the question of Quranic interpretation. While the latter considered Quran as the end of all knowledge, the former group was of the view that Quran was the beginning of the knowledge, thus opening an infinite realm of scholarly publications.

It was only after state-backed amalgamation of different cultures and religions that so-called Muslim scientists made strides in the fields of science, philosophy and arts. Once the rigid version of Islam reclaimed the hegemony over the society, the progress came to a halt yet again. As Ash’arism gradually enervated Mu’tazilism, Al-Ghazali, the great Ash’arite theologian, famously remarked “No obligations flow from reason, but from the Sharia.”

Constantine’s patronization of Christianity marked the beginning of the end for the erstwhile impregnable Roman Empire, as did later Abbasid caliphs’ clamp down on rational group of scholars for the formidable Sultanate. Therefore, attributing the success of two of the most splendid time periods in history to religion would be an utter folly. And it means the term ‘Islamic’ Golden Age too is inherently flawed, as it was only after state-backed amalgamation of different cultures and religions that so-called Muslim scientists made strides in the fields of science, philosophy and arts. Once the rigid version of Islam reclaimed the hegemony over the society, the progress came to a halt yet again. As Ash’arism gradually enervated Mu’tazilism, Al-Ghazali, the great Ash’arite theologian, famously remarked “No obligations flow from reason, but from the Sharia.”

An English historian Edward Gibbon’s account of decline and fall of the Roman Empire enlists myriad factors behind the atrophy. To this day, only one cause remains unarguably acceptable: the advent of Christianity. The Gentiles took pride in their abhorrence for and abstention from acquiring philosophical and scientific education, for their belief system revolved around resurrection and baptism, both being the harbingers of complacency and intellectual impotence.

The underlying lesson is that though religion has played and will continue to play a conspicuous role in individual lives as an uplifting and motivational factor, it will never prove to be a catalyst to spur development in the fields of knowledge and industry; however, it can well impede any such development.