Lahore Eat 2018 concludes with a bang 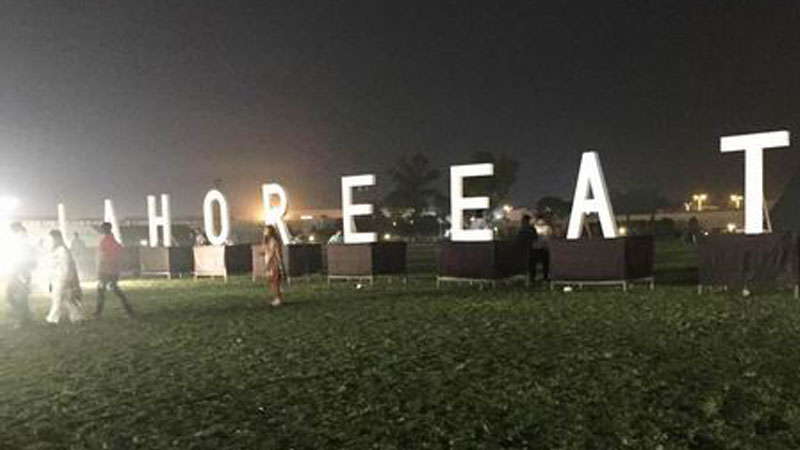 The biggest Eat Festival in the country; Lahore Eat 2018 entered its fifth edition and took place over the weekend at Fortress Stadium, Cantt.

The ‘Eat’ Festivals take place in Lahore, Karachi and Islamabad with over 300,000 people in attendance respectively.

Not only that, the festival also featured performances by leading musicians such as Ali Azmat, Asim Azhar, Asrar with Fuzon to name a few artists and kept the audience entertained, because, with good food, one must need good music artists doing what they do best.

We all know that food is one thing that unites Lahoriites, especially if it is a food festival with prominent food companies and other eateries setting up their respective stalls selling at a reasonable price during the event, we knew that this was going to be a hit.

The huge arena gave people space to roam around, eat, enjoy the musical performances and just have a good day out with friends and family and this weekend was all about that; food and music.

The three-day food festival was attended by a huge number of crowds from around the city; what struck us was the security measures taken to make sure everyone was safe inside and outside the arena, keeping in mind the history that comes with these events.

Food items that made it to our top 3 list included:

1- The Bubble Waffles from Mr Waffles Pakistan: The freshly made waffles were selling like hotcakes at the festival. It melted in our mouth with every bite and it was served with any few toppings of your choice that included various things like Nutella to chocolate chips, from nuts to ice cream; the bubble waffles were the big thing.

2- Cheese Fries from Potato Potato: We can never get enough of anything cheesy, especially if they are fries. The potato potato stall had various options, the twisted potato on the stick or normal fries, etc. We opted for the usual fries, except adding the cheese flavour to it. Served hot with cheese powder sprinkled on the fries along with cheddar cheese dipping, these fries were heavenly. 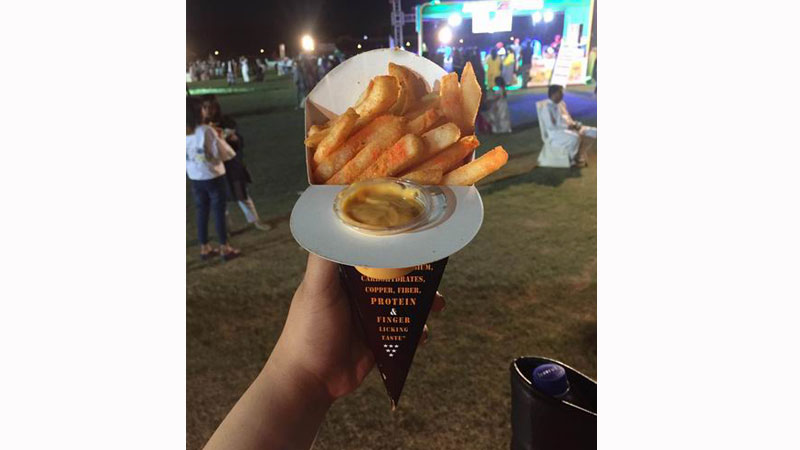 3- Delish Pizza Bar: We decided that Desi is something we do in our everyday lives, thus we opted for every non-Desi option we could at the festival, Delish Pizza being one of them. We ordered the Pepperoni pizza slice because the size was a little unusual for normal pizzas. We love cheese and we love pepperoni, thus this thin crust pepperoni slice has been just the right amount of cheesy and crunchy.

We all can agree that where there is food, there is a Lahoriite. The three-day Lahore Eat food festival ended on Sunday with a bang. Not only that, as compared to last year, this year the festival definitely did a better job when it came to utilising the space properly, filtering out the eateries that could set up a stall and give people enough space to move around without suffocating to death. Next year they will hopefully be a bigger and better Lahore Eat.