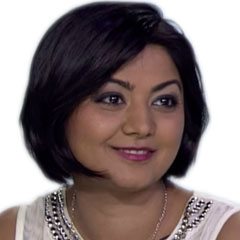 Are women part of the tyranny?

Despite the sexual and domestic violence they suffered themselves, Pakistani women continue to push their daughters and granddaughters into the same cycle

It was 1908, and unbridled inequality had come to a breaking point. Women who had been in the workforce for a while now had started refusing to be mistreated. This is when the idea of equality between the two genders came into the mainstream discourse for the first time. 15,000 women marched in New York and called for change. They demanded the right to vote, better pay, shorter work hours and an end to violence against women in homes and workplaces. Newspapers were shaken — as was the American government. But indeed, there was still a lot more work that needed to be done to shake the ground.

Women kept striving for their rights and it took about a decade for the world to recognize their struggle. In 1918, a date was chosen for women’s day; a day designated to squarely acknowledge women’s lives and give them the opportunity to speak about the issues they face. By no means was this a celebratory day alone, this was a day to demand one’s rights, and expose the struggles they make in an unequal system.

More than a hundred years later — women still face the same problems. On women’s day this year, we saw women around the world, holding similar placards, ‘stop killing women’, as some women were seen holding in Karachi this year, says the same thing that women were holding in Mexico city ‘deja de matar mujeres’. Stop domestic violence, stop honour killing, say no to misogyny… it’s the same words over and over again!

Mothers continue to teach their daughters that it is girls who have to make all the sacrifices, not boys. Most Pakistani women think it is a crime to speak out for themselves. This patriarchal outlook on life was ingrained in their minds at an early age

When tyranny is spoken about for a hundred years, but still continues, something is not right. Reflection is needed. In Pakistan women have suffered in the name of custom and tradition since the country was founded. Simply going to work or school is a daring act for women. Their bodies are not only a target of the male gaze but excruciating misogynistic tyranny.

Acts of violence that women and young girls are frequently subjected to in Pakistan includes rape, honour killings, acid attacks, domestic violence, and forced marriages. Local human rights groups like HRCP estimate that there are about 1,000 ‘honour killings’ in this country every year. Which means, that about a thousand women are killed because they ‘bring shame’ to a family, to someone’s village or community.

So why is it that we speak about women rights and gather statistics to count the number of crimes committed against them, but the violence continues? What good has any of this done? Today in this country, more women are seen outside of their homes, but at home they still get abused, at work they still get harassed. They are allowed to drive but are still reprimanded for coming home late. Lip service is paid to liberty, but there is no true freedom.

Sadly, this misogyny has also been internalised by women. This can be seen in how women see each other, how they treat each other, and how they do or do not support each other when they need each other. Our mothers and grandmothers who hold our families together, are often the first ones to tell their girls what they ought not to do. Despite the sexual and domestic violence they suffered themselves, they push their daughters and granddaughters into the same cycle. They discourage them to fight in order to continue the customs of marriage and to keep the wheels of so called social stability moving forward. Women continue to teach their daughters that it is girls who have to make all the sacrifices, not boys. Most women in Pakistan consider speaking out for themselves a sort of crime. This has been deeply ingrained in their minds at an early age by their mentors and loved ones.

Girls who fight in Pakistan always have to take a long, difficult journey. Tanzeela Mazhar, a journalist with PTV who’s sexual harassment case is well known to everyone in the country — did not just wake up one day and decided to raise her voice against her harasser. She suppressed herself first, she told herself to compromise first, because the women around her discouraged her. For many years, she stuck it up and did her job. She changed her desk to a different location far from her boss to avoid him. She avoided meeting with her boss. She also refused to see him when she felt it was not necessary. But all her efforts came with a cost. It affected her career — her harasser discouraged her from expressing herself.

Meanwhile, the women around her watched. They watched and joined in the chorus of discouraging Tanzeela. They told her not to fight. They told her she should not draw attention. They even told her, that they did not believe her, because the man was nice to them. It took a long time for Tanzeela to discover her steel, shape it, and then use it. There were many times she felt lonely and beaten, but if she had to fight for her right in the workplace, she had to fight alone. It was not until another woman who was harassed by the same person joined Tanzeela in the fight that they became a force.

It is a natural cause and effect, why women suffer in this country — or anywhere for that matter. Unless we combine our efforts, and create an environment where women can feel supported and protected, we cannot and must not expect any hope for equality or justice. It is unnegotiable for us to do our part to bring progress in society. Every individual, every story, every incidents counts as a step forward or backwards. Every human must be an activist to bring social change.