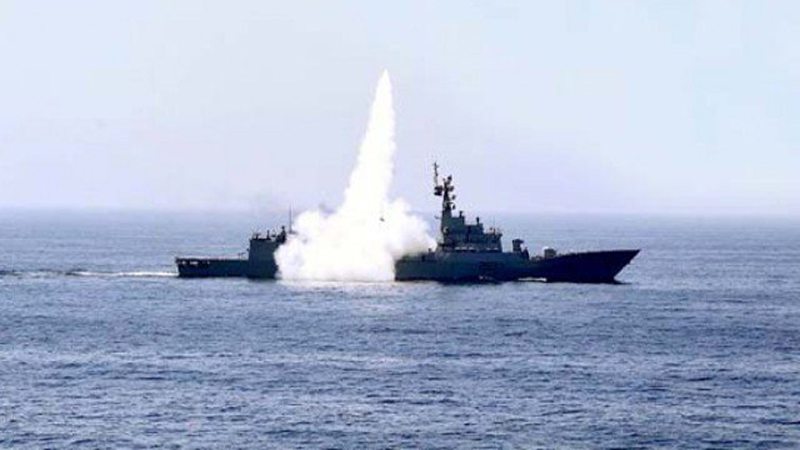 Karachi: The Pakistan Navy has successfully test-fired land based anti-ship missile as part of a training exercise from the coastal region.

“The missile successfully followed its pre-planned trajectory till accurate target engagement at sea,” said a statement issued by the country’s naval forces on Saturday.

Vice Chief of the Naval Staff, Vice Admiral Kaleem Shaukat and senior officers of Pakistan Navy were present on the occasion.

While addressing the audience, the naval vice-chief highlighted the changing security environment in the India Ocean region and corresponding challenges for Navy.

He conveyed confidence of Chief of the Naval Staff on the relentless efforts being put in by the officers and men of the naval forces to defend sea frontiers of the country.

The Pakistan Navy will continue to support regional peace and security initiatives to meet entire spectrum of challenges in the maritime domain, he added.

Vice Admiral Shaukat lauded the ‘utmost dedication, unflinching resolve and commendable professional conduct’ displayed by all participants especially the crew of missile unit for making the event a complete success.