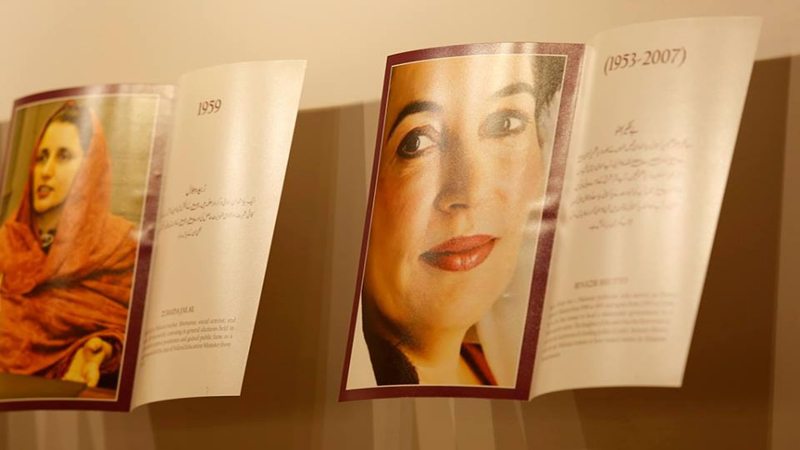 “Only an honorable man treats women with honour and integrity, and only a vile and dishonest man humiliates and degrades women.” These were the words of our Prophet Muhammad (PBUH), which adorned the wall of exhibition hall in Lahore Museum on the occasion of International Women’s day. This in itself was a humble gesture on the part of museum authorities to give prominence to those personalities in our society, which for some reason or another are taken for granted in spite of their invaluable work for the society.

The exhibition displayed the pictures and short inscriptions of renowned personalities from Rana Liaquat Ali Khan – the first female governor in Pakistan – to Sameena Baig in recent times, who became the first Pakistani woman to climb Mount Everest. It introduced the visitors to the momentous contribution of Nergis Mavalvala in the field of astrophysics, along with the unforgettable sacrifice of Mariam Mukhtar – Pakistan’s first female flying officer – whose aircraft crashed near Kundian on November 24, 2015. Many important personnel from Women Action Forum and All Pakistan Women’s Association graced the venue with their presence.

It was an important reminder for the students visiting the museum to follow the examples of such courageous ladies and accord an equal importance to the other half of the population. Be that as it may, some of the introductions such as that of Jugnu Mohsin in English language included along with many of her other accomplishments, her fight against religious fundamentalism, which in itself was incongruously absent in the introduction given in Urdu language. Such discrepancies merely highlight the division in society at the cost of collective struggle for battling against the scourge of extremism. 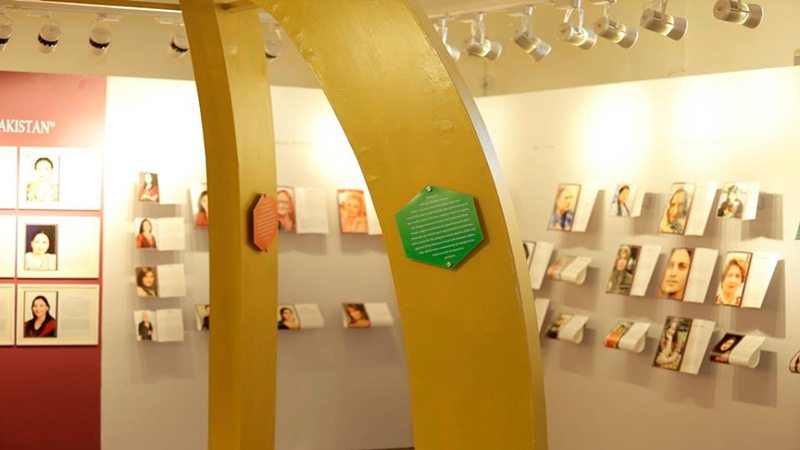 All in all, it also highlighted the contribution of famous artists such as Sheem Kirmani, Sharmeen Obaid Chinoy, Mahira Khan, Reema Khan so on and so forth. It also displayed the picture of Muniba Mazari along with her struggle for breaking the stereotypes regarding womanhood, motherhood and disability in Pakistan. Nonetheless, the conspicuous absence of Malala Yousafzai in this exhibition was very unfortunate, whose following words have become mouthpiece for the struggle of all Pakistani women:

“I raise up my voice-not so I can shout, but so that those without a voice can be heard…we cannot succeed when half of us are held back.” – Malala Yousafzai.

The writer is a lecturer in English department at Government College University, Lahore and can be reached at sarah.khn@gmail.com