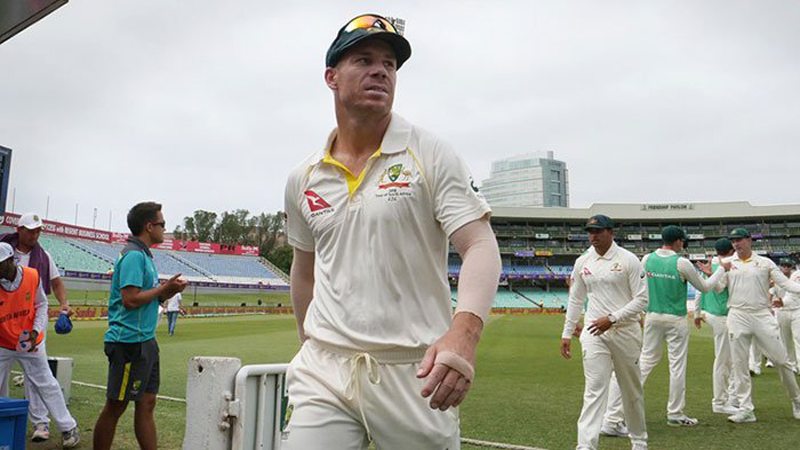 PORT ELIZABETH: Australian opening batsman David Warner has been cleared to play in the second Test against South Africa after accepting an International Cricket Council (ICC) charge of bringing the game into disrepute. However, South African wicketkeeper Quinton de Kock, who was involved in an ugly verbal spat with Warner, will challenge his lesser level one charge and has a hearing scheduled for Wednesday, Cricket South Africa has said. The ICC stopped just short of banning Warner for the match that starts in Port Elizabeth on Friday. The vice-captain will be fined 75 percent of his match fee and handed three demerit points, Cricket Australia said on Wednesday. Should a player receive four or more demerit points within a two-year period, these are converted into suspension points. A suspension point amounts to a ban from one test or two ODIs, or two T20s, whichever come first. The incident between Warner and De Kock has sparked a war of words between the two camps, with each blaming the other for overstepping the boundaries of what is acceptable on-field banter.

CCTV footage from the players’ tunnel on day four of the test in Durban showed Warner and De Kock involved in a fiery exchange as players climbed the stairwell to their dressing rooms during the tea break. Warner had to be restrained by team mates during the fracas.

Another video from just before the incident surfaced on Wednesday showing Warner repeatedly calling De Kock a “sook”, which is Australian slang for somebody that is perceived to be soft. De Kock faces a level one charge that brings with it a maximum penalty of a fine and demerit points, but his participation in the second test is not in danger.