‘Aurangzeb: The Man and the Myth’ — separating exaggerations from truth 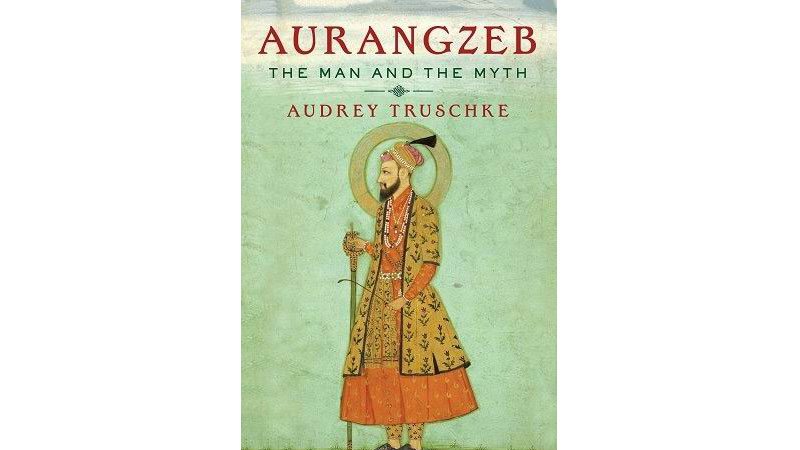 The Mughals played a legendary role in the history of the Indian subcontinent while leaving strong marks on the political, social, religious and literary developments of this region. Their mightiness attracted the eyes and even fantasies of the locals and foreigners, alike. Among the list of their luminaries, Aurangzeb (1618-1707) occupies a noteworthy position for some obvious reasons: he ruled the empire for the longest duration (reaching almost 50 years), he ruled nearly all of the Indian subcontinent (thus marking the greatest stretch of the Mughal rule); but after his death, the empire witnessed a downfall. Having such an outreaching and long lasting influence, it shouldn’t be starling that he holds a very diverse reputation. While his friends celebrate him as “the most pious and able ruler who couldn’t be replaced after his death”, his foes consider him to be a “power hungry, religious zealot who oppressed the Hindus and eventually let the Empire crumble”. Of course, in between lies a confused crowd which is prone to accept either narrative.

Aurangzeb stays alive with these dichotomies as some of these sentiments are still echoed in the present day India and Pakistan, thereby shaping the modern political and social realm in this region. Consequently, it was necessary to separate the exaggerations and misrepresentations from the truth.

The book Aurangzeb: The Man and the Myth by Audrey Truschke is one such much needed work. She is an assistant professor of South Asian History at Rutgers University (in Newark, New Jersey) where she is teaching and researching on the early modern and modern history of India (c 1500 and onwards). She has previously authored another acclaimed book, ‘Culture of Encounters: Sanskrit at the Mughal Court’. Having a grasp on Persian, Sanksrit and Hindi/Urdu, the author is able to acquire firsthand knowledge of literary sources in this region along with gaining access to the numerous primary historical sources, relevant to her areas of study.

The books begins by drawing the attention of the reader towards the relevance of this historical journey in the modern era. When a debate ran during 2015 over changing a road bearing the name of Aurangzeb in Delhi, the ‘villanified’ imagination of Aurangzeb came to further light who was labeled as ‘one of the most tyrannical tormentor perpetrator of intolerant, inhumane barbaric crimes in India’. Even a Pakistani playwright recently held him responsible for ‘sowing the seeds of partition’, referring to the growing Muslim Hindu tensions in the latter era of the British Raj that led to the partition of India (giving birth to India and Pakistan in 1947). Disintegration of the motherland India still sours the hearts of many. However, “current popular visions of Aurangzeb are more fiction than reality..”, the author remarks.

In less than 200 pages, the book outlines the life of Aurangzeb, while discussing the important and ‘controversial’ events during his reign, giving us both a vivid picture and a relatively in depth understanding while citing numerous quotations, events, variations in the historical accounts and ‘bridging’ certain gaps with a relatively unbiased analysis and ‘speculation’. It mentions the bloody feud among the sons of ailing Shahjahan that enabled Aurangzeb to ascend the throne, his administration, his personal life and values, the importance that he gave to justice and his own way of implementing it, wars against rebels such as Marathas, the political and administrative challenges that he faced, the latter part of his life and the aftermath of his death in 1707.

Truschke points and cautions us towards a basic methodology of understanding history: see the past through the lens contemporary to that era and region. While certain actions may seems ‘harsh’ and ‘brutal’ to us in this age, we should see how the society functioned in that era and the values they held. Only then will we be able to better understand personalities and communities that lived centuries ago. The book is replete with such examples where a modern viewpoint can lead us to misinterpret the past events and draw significantly erroneous conclusions, as has been the case with Aurangzeb in the recent era.

The book mentions the bloody feud among the sons of ailing Shahjahan that enabled Aurangzeb to ascend the throne, his administration, his personal life and values, the importance that he gave to justice and his own way of implementing it, wars against rebels such as Marathas, the political and administrative challenges that he faced, the latter part of his life and the aftermath of his death in 1707

Aurangzeb is largely loathed for his ‘hate’ and ‘oppression’ for the Hindus, as was also indicated at the start of this book. Firstly, Truschke points out that there was no community called ‘Hindus’ in that era. This identification came up much later. At that time, those we now call ‘Hindus’, were identified as Rajputs, Marathas and so forth. These groups had different a history, beliefs and cultures, while having varying relationship with the Mughal rulers. Hence it would be erroneous to cite ‘disturbed’ relationships with a part of such community as ‘religion based hatred for all the Hindus’. The book thereafter discusses Aurangzeb’s relations with these groups throughout the book while looking in to some famous allegations made against him. Also, the book points how, at times, the ‘Hindus’ he would fight against had certain Muslim groups as their allies, while the imperial Mughal army itself had countless Hindus from soldiers to viziers and nobles.

Since Aurangzeb ruled for nearly 50 years, this lengthy duration witnessed diverse views, farmans (imperial orders) and actions by the emperor; all of which can’t be put in to a narrow, hard wired narration of ‘religious bigotry’ or anything alike. Being a human being, the emperor changed and diverged from his usual course on numerous occasions either for good or for bad reasons (depending on how it is viewed).

This lack of ‘uniformity’ was presented both in his private and public life. While acknowledging this ‘bigger picture’ in mind, the commonly held polarised narratives about Aurangzeb shred in to pieces.

A brief mention of the methodology, sources and ‘notes’, citing references, at the end of the book, give us a glimpse in to how much hard work had been put forth behind the book which is otherwise written using an impressively simple language, while avoiding jargon and complex historical discussions. Such simplification speaks volumes about the mastery and proficiency of the writer. The writer also hints, at the end of her book, towards some reliable sources for researching on Aurangzeb while pointing out weakness in certain sources. The sources cited and discussed are histories, imperial orders, letters, travelogues and other documents written largely in Persian, and to some extent, in English, Sanskrit and other languages. Reading this book is thus relevant for both an average reader as well as for a researcher and a formal student of history.

Aurangzeb commissioned the compilation of Fatawa Alamgiri during his era that codified the Sharia Law in accordance with the Sunni Hanafi school of Islamic Jurisprudence (Fiqh). The work has since been revered by the Hanafi Muslim scholars across the globe who generally refer it to as ” Fatawa al Hindiyah”. Perhaps a more in depth study of this work could have been useful to better judge the views and actions of Aurangzeb. Concerning the topic of Aurangzeb’s ascension to throne by sacking his own father, it could be added that the ‘crime’ of revolting against the ruling father was previously committed even by Shahjahan (against Jahangir) and Jahangir (against Akbar).

Verily, the book deserves an applaud for giving a fresh and well researched perspective to an important history chapter that has been plagued by biased and incorrect perspectives. However, since most historical accounts have been a part of this ‘plague’, the author sighs, “Little is uncomplicated about the process of collecting digesting and making source of historical sources on Aurangzeb.