A delirium of storytelling

Ben Okri, who is renowned for his Booker Prize winner work, ‘The Famished Road’ among so many others, improvised his session at the LLF in an interactive conversational mode

Lahore literature festival started off with a refreshing start this year after a setback last year regarding the change of venue from Alhamra Art Center to Avari Hotel in light of some untoward circumstances. In that, not only did the people attending various sessions found them to their liking but the wonderful weather was there as well for rejuvenating their spirits. One such session was that of Ben Okri moderated by Zareena Saeed on A Delirium of Storytelling.

The Nigerian author, who is renowned for his Booker Prize winner work The Famished Road among so many others, improvised this session in an interactive conversational mode. His fluency of expression was focused on the inner voice of human beings that resonates well with our tuning fork of reverberating emotions. For that, he read some excerpts from the short stories of his recently published book The Magic Lamp: A collection of twenty-five stories, twenty-five paintings, five years to write, ten years to paint.

To begin with, upon being asked by Zareena about his preference to read books slowly rather than in a hasty manner, his response was more in line with the fact that fast reading precludes one from living in the moment and taking in on the essence of life. A point which he concluded by saying: “My books are not about finishing them, it’s about being in them.”

In that, the question of finding empathy and focus in the preponderating chaos in the world was touched upon with some of his childhood memories, in which he shared his experience of his mother’s story-telling whenever he used to do something wrong, which albeit left things more to the imagination rather than finding concrete answers and solutions to personal problems.Ben Okri further reiterated that he is always looking for new stories which are part of his restlessness, and even that very morning he had found himself wondering about the words like “multiculturalism” and “diversity” that have been so exhausted by their incessant use in our daily discourse and conversations that they don’t do their work anymore, because people and politicians in Britain and others parts of the world are frightened to death by this redundant vocalization of our problems.He further said that just like Trump and his supporters have found a new language of hatred and slurs to give vent to their distorted emotions, we should come up with a new language to instil life in listless lexicology of our problems.

Moreover, he continued the session with the following aphoristic observation:

“The right words in the best order illuminate our hearts, and the right kind of book can make you realise that you can create a world of your own not only in your mind but also out there. In fact, the story to make the world elastic is at the heart of our new politics.” 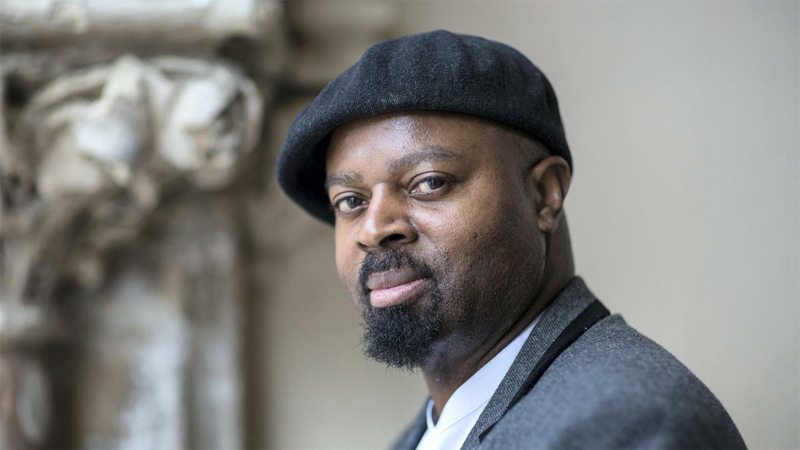 At the end, he shared an anecdote of a frog being boiled in the water who grew oblivious to his fate because he was unaware of his surroundings, whereon Ben Okri finished the session by saying that the only antidote to this story of the frog in the pan is the profound awareness of the temperature of our times.

The writer is a Lecturer in English Department, Government College University, Lahore