Pakistan’s birth was marked by violence and bloodshed. The displacement of millions worsened the chaos further, both in India and in what became Pakistan 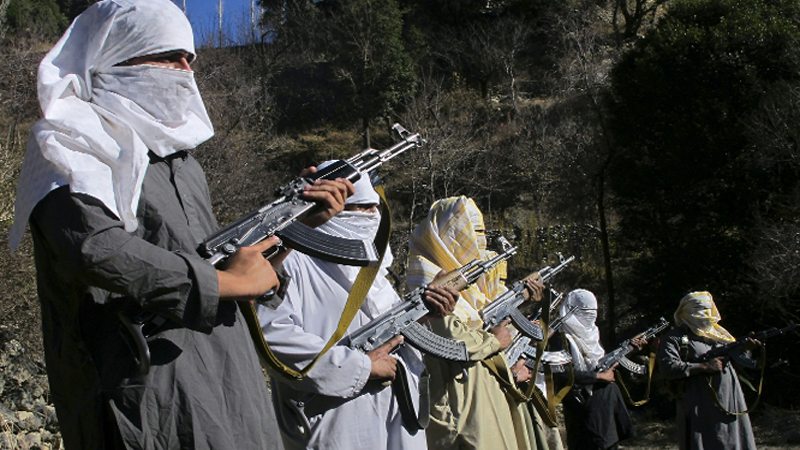 In Pakistan, the debate over religion dates back to the very formation the country in 1947.

Quite ironically, the faith of the founding father himself, Mr Jinnah also remained questioned. To a typical question, that whether he adhered to Sunni beliefs of Islam or Shiite, he would respond with a counter-question, “was the Holy Prophet (PBUH) a Sunni or Shiite Muslim?”

Jinnah’s befitting response should have resolved the issue as it reflected clear Jinnah’s vision of Pakistan as an addition of modern Islamic polity in the array of nation states. Unfortunately, the matter did not die there and what ensued from the creation of the country was totally opposite to Jinnah’s vision.

Pakistan’s birth was marked by violence and bloodshed. The displacement of millions and refugee crises worsened the chaos further, both in India and in what became Pakistan.

Particularly, millions of Hindus and Sikhs who either migrated from Pakistan or were killed, kidnapped and looted on their way.

Disappointingly, the violence was being unleashed in the name of religious and ethnic differences. Therefore, extremism in Pakistan is not a contemporary phenomenon and it can easily be traced back to its birth and its surroundings.

The political leadership of Muslims as well as non-Muslims turned the agonies of their respective communities into aggression in order to materialise their political aspirations.

Moreover, on the eve of independence, while the political elite enjoyed the independence, the common masses were distressed. The journey of both the states began with heavy hearts and feelings of hatred.

Religion is an individual’s concern and not the state’s business. The state’s direct intervention in an individual’s belief system can never be justified by any means. Is it a state’s job to tell me about my religion? Spiritual matters should be left for God alone.

Objectives Resolution was virtually the first attempt to thrust Pakistan into the becoming an orthodox and theocratic ‘Republic’; the credit goes to Liaquat Ali Khan. This step provided hype to the religious apprehensions in the society. Religious forces used their card to silence the people taking advantage of their lack of religious knowledge. Religious clergies used street power to transform the certain public opinion assuring them how important it was for their life after death and overwhelmed the political authorities. Religious extremism is one of the key factors of distending terrorism in Pakistan.

Gradually, since 1950s, especially during Bhutto and Zia regimes, radicalisation with the support of certain classes of ‘Mullahs’ portrayed Pakistan a fanatic and extremist religious state than ‘Islamic’ State. Religion is not the domain of a state; states have no official religion. Religion is only concerned with the citizens of respective State, as it is a part of one’s personal space. For about 11 years, Zia used the religion to exploit the nation and to prolong his authoritarian regime. His policy of Islamisation pushed the Country towards fanaticism and religious extremism, which provided a strong base to the militant ideologies, gun-culture resulting in a sense of insecurity among minorities and insignificant communities in the Pakistan.

From 1973 to 1988, there came a shift in the politics of Pakistan. Bhutto’s religious policies and Zia’s strict martial law with stern religious doctrine shaped a particular political class and political culture. The religious political parties and pressure groups grew more active and popular. Afghan War was the opportunity for the religious fundamentalists to develop in a systematic way. and trouble the Country in an organised manner.

Madaris, nurseries of terrorism in Pakistan, were more patronised in Zia regime through an Ordinance. Zia used his Islamic doctrine as a tool to address the hearts of public in order to prolong and strengthen his authoritarian rule in Pakistan. Religious bodies like Jamat-i-Islami (JI) proved itself a pillar for Zia regime. By practicing his extreme religious ideologies, he depicted Jihad as the sole short way to Paradise. He propagated the vision of a pure Islamic Republic through strict implementation of Sharia laws. This was eminent reason that in his era Jihadi ideas and forces flourished and throve all over the Country. Steadily, this Jihad culture promoted the sectarian warfare, religious extremism, terrorism and radicalism in Pakistan. Foreign funded instable Pakistan is its outcome.

In the name of Kashmir Jihad, Afghan War, Islamic Jihad and Talibanisation, the fundamental approaches and ideologies out-stretched hazardously in Pakistan. Political regimes and establishment are suspected in nourishing them to achieve various objectives and to get political benefits. Mullahs having extremist ideologies, nurtured most of unregistered madaris and certain school of thoughts turning them allegedly the nurseries of extremists and terrorists. The Afghan War 1979 pushed more than 3 million Afghan refugees into Pakistan, which was a damaging turning point against the peace stability of Pakistan.

From 1973 to 1988, there came a shift in the politics of Pakistan. Bhutto’s religious policies and Zia’s strict martial law and stern religious doctrine shaped a particular political class and political culture. Religious political parties and pressure groups grew more active and popular. Afghan War was the opportunity for the religious fundamentalists to develop in a systematic way and trouble the country in an organised manner

Major reasons of gun-culture and Jihadi movements are Afghan War, sectarianism and Kashmir Jihad. Jessica Stern in Pakistan’s Jihad Culture revealed that Hafiz Saeed of Jamat-al-Dawah (former Lashkar-i-Tayabah) aka Kashmir Based Hizb-ul-Mujahidin, are supported by Pakistan. Moreover, Indian resources also claimed that more than 40% active militants in Kashmir are from Pakistan and Afghanistan. In reference to Afghan War, during Zia regime, the Jihad was more patronised in Afghanistan against Soviet with the support of JUI-F and JI.

Asia Report No. 216, December 12, 2011, titled “Islamic Parties in Pakistan”, of International Crisis Group discussed about the funding received by Pakistan from USA during Afghan War, that “…military and economic assistance that was channelled to radical Islamic groups. Madaris that served as venues of recruitment and indoctrination for the Jihad mushroomed, and the Islamic parties particularly the JUI-F and JI, became critical intermediaries between the military and the foot soldiers fighting the Soviet”.

The monitoring of more than 2000 KM stretched Durand Line (Pak-Afghan Border) is still a challenge for the border security forces of Pakistan. More than 3 million refugees from Afghanistan frequently disturbed Pakistan during Afghan War. Their settlement promoted the opium, gun, drugs and smuggling culture. Militant groups and organizations founded to participate in Afghan War, Taliban and associated groups encountered with the pro-US and Afghan assemblages. Historically participation in Afghanistan War later proved to be a blunder of Pakistan; more than 70,000 Pakistanis have been yet lost their lives due to War on terror.

This US-Russian war was fought in Afghan but in form of terrorism in Pakistan. Weak writ of State in Afghanistan and scrimmages among the religious and political factions fostered terrorism obviously in Afghanistan. Anti-Pakistan lobbies, nursing and supporting terrorism in Pakistan, destabilised the country. According to the Govt. of Pakistan reports, overall more than 5000 bank accounts of different terrorists or doubted terrorists having worth of about $ 3 billion have been frozen. Among world’s worst terror financing states, Pakistan is ranked on 46th.

Many banned militant organisations are still operating after changing their names and titles. Recently Govt. banned 72 militant organisations including, Jamat Al-dawah, Lashkar-i-Taibah, Sipah-i-Sahaba, Sipah-i-Muhammad, etc. froze their bank accounts. However, only 150 million rupees were found cumulatively in bank accounts of these banned organisations, while they collect billions of rupees per annum from different resources on the name of Jihad and khidmat-i-khalaq (welfare).

Militant groups are challenging the writ of the State, the situations particularly in Balochistan, FATA, interior Punjab are challenging. The external forces, Al-Qaeda, Talibans and native militant and religious militant factions are immense task for the State of Pakistan. During last 15 years 22214 civilians, 6917 security forces and 33924 terrorists/ insurgents’ fatalities reported in Pakistan. While during 2009 Pakistan received a huge loss of 2324 civilians, 991 security forces which was highest in last 15 years. During January and February 2018, the figures are 23, 30 and 23 respectively (Report satp.org).

The political allies, religious political parties having concerns with these ‘extremist Religious Groups’ provided them hidden moral and political support to get certain socio-political benefits. Unfortunately, these religious bodies had been pro-Congress in pre-partition India and had entirely anti-Pakistan and had anti-Jinnah ideologies. They realised their existence in radicalised and fundamentalist society of Pakistan. Gradually, theocratic forces became successful to infuse particular aggressive religious thoughts and feelings in the common lower classes of the Country. Their increasing followership gave them the opportunity to overwhelm the system of a modern Islamic State ‘Pakistan’.

Allegedly, several political parties and entities also have their close relations with extremists and gangs. Even many political parties have their militant wings. Politicians used extremist gangs for political purposes and political hegemony to undermine the political rivals, land grabbing, murders, loot and kidnapping in order to generate funds for political activities. Militant wings of MQM and ‘Peoples Aman Committee’ particularly have been found indulged in these illegal activities in Karachi. The Lyari gang war persons like Uzair Baloch, Baba Ladla, etc. are the grim examples in this regard. The political backs behind them have also been revealed. Moreover, Rangers and army’s successful operations against Lyari and Chhotu Gangs respectively are reflecting that the incapability of police to combat with these gangs. The recoveries of heaps of weapons time by time particularly from Karachi are showing the interest of the security forces to de-weaponise the society.

Regrettably, politicians possess and show off weapons in the name of so-called security protocol; playing their part in promotion of gun-culture in the Country. They are found to have illegal and banned weapons but in presence of serious laws, the administration is not able to take a stern action against politicians. In 2000, Pakistan government launched a scheme to de-weapon the society but could not produce proper results. At present, Prime Minister of Pakistan Mr Shahid Khaqan Abbasi took a strict decision in 2017 to cancel the licenses of prohibited weapons and announced an amnesty scheme for those who deposit and surrender their weapons. This is no doubt a beneficial step towards de-weapon the society of Pakistan.