‘I am impressed with the mission of Roshan Kal School, and I am proud to be part of it.’ 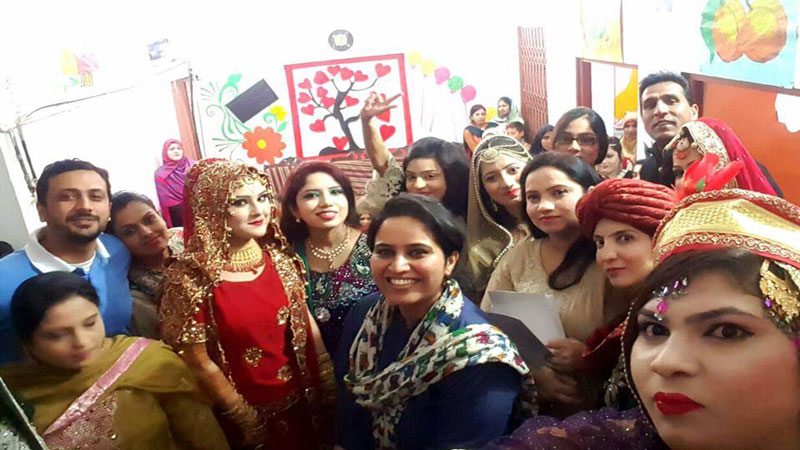 There is a story from Sufi tradition that goes like this: one of the twelve boys trained by Amir Khusrau to spread the message of Islam through qawwali had a cleft lip and could not close his mouth to enunciate some of the words. Rather than sideline him, Amir Khusrau developed a genre of qawwali, tillana, which could be sung without the lips ever having to meet, and the young boy with the cleft lip was able to sing the whole song along with his companions, the ‘Qawwal Bachay’. Such stories of compassion, humility and inclusion are not uncommon in Sufi history, as these are the very values to which Sufis hold themselves and use to guide their lives.

It is, therefore, most apt that Roshan Kal School began its year with a fundraiser concert by the renowned Sufi qawwals Fareed Ayaz and Abu Muhammad, who are the direct descendents of Miyan Samat Ali, the head of the ‘Qawwal Bachay’ and friend to the boy with the cleft lip. Roshan Kal School follows the same principles of empathy and inclusion, of bringing people in from the margins, helping them realise the possibility of a brighter tomorrow.

One of the twelve boys trained by Amir Khusrau to spread the message of Islam through qawwali had a cleft lip and could not close his mouth to enunciate some of the words. Rather than sideline him, Amir Khusrau developed a genre of qawwali, tillana, which could be sung without the lips ever having to meet, and the young boy with the cleft lip was able to sing the whole song along with his companions, the ‘Qawwal Bachay’

The school provides free education to children according to their current level, not age. This means that children who dropped out and won’t be taken by mainstream schools, because they are considered too old for the same class, or those who have grown up and never been to school, or those who simply want to go to school but couldn’t afford it, can come here, ‘catch-up’ and then either join a regular school or take state exams privately. 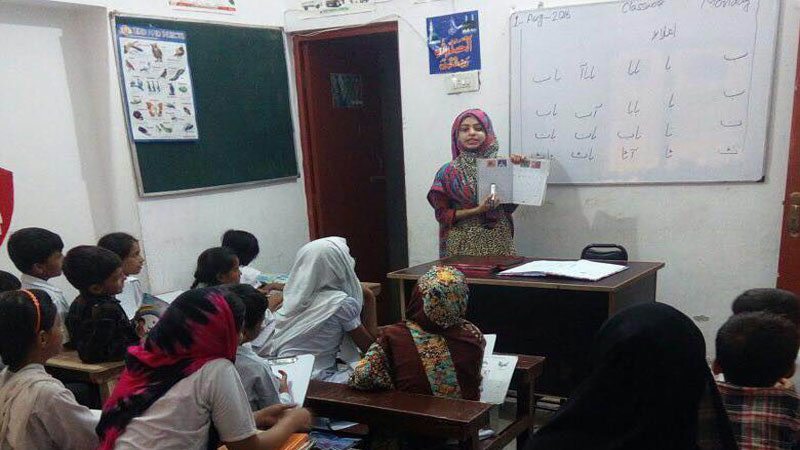 Like, Samina and Islam. Samina is 16 and joined about a year and a half ago as a vocational trainee in the sewing classes. She has become a skilled seamstress and is now charging Rs 250 for a suit, and her income helps meet her family expenses. But what she really wants to do is join the army. So when she joined the sewing course, she started attending regular school classes as well. Starting from grade one, within two years she has reached up to grade five and is racing onwards. “I will continue studying until I am ready for my Matric,” she says. “I also need to prepare for the physical training test. I am a strong girl, but I wish there were more sports facilities in our country for girls so that I could train and prepare myself better. People think that girls only want to be doctors or teachers, but I want to join the army. I will try, and I pray to Allah that I will pass so that I can serve my family and my country.”

Samina’s brother, Islam, is 14 year s old and wise beyond his years. He joined Roshan Kal School so he could fulfil his dreams of becoming a commando. His father is an ice-cream vendor and his mother is a working woman too, but their income still wasn’t enough to support their eight children. “I used to work with my uncle, helping him run a small canteen in a popular park,” shares Islam. “I worked with him for a year and sometimes I have to go back and offer him a helping hand even though I am in school now. I have reached grade five, and I want to keep studying here with my friends and teachers until I am ready for the test to become a commando. I am sure I will be a good commando!” 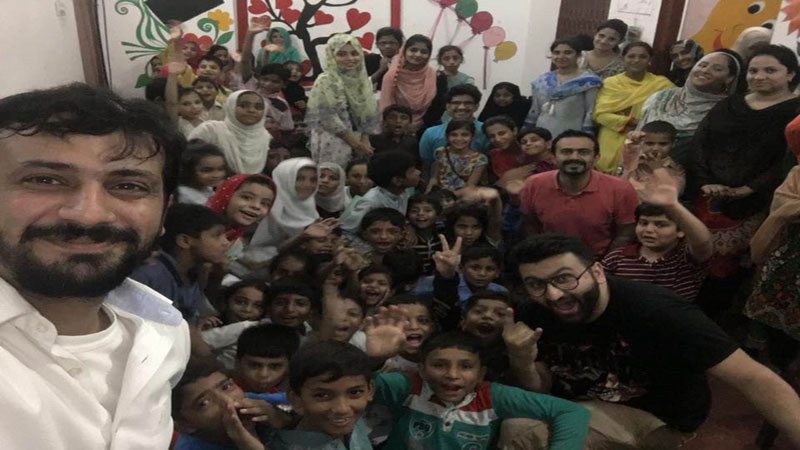 There are more than a hundred students enrolled in school, a majority of them between the ages of 6 and 12. Most of them are children from poor families, with fathers who are drug addicts, and mothers who struggle to keep their families together. Poverty has pushed many of these young children into work, usually employed as casual labour in the nearby furniture market. Some of the children are street children, with this school being the closest thing they have to a home and family.

Ayesha’s story illustrates this well. Ayesha is 13 and like an older sister to her classmates in grade one. “I don’t have parents, so I live with my grandmother. She is very old. I don’t have any brothers and sisters either, but I have a lot of friends here.” Ayesha was found by a teacher who used to see her wandering around the streets all day, sometimes getting into trouble. She had never been to school and it was clear that she was not getting much care and attention at home. The teacher persuaded her grandmother to let Ayesha join school and eventually she relented. Aged 12, Ayesha joined the preparatory classes and is now in first grade, reading fluently and learning Maths and how to use the computer for the first time in her life. “But the greatest discovery,” explains Ayesha’s teacher, “is her beautiful voice, which we found out about when we were looking for someone to recite a naat at our annual school party and prize distribution ceremony; this is when Ayesha stepped forward. She was a bit shy at first, but now she is so confident. She knows many naats by heart and always recites them at our events and for our visitors. She is good enough to be on television or radio.”

Since so many of the students are working, the school holds classes in groups throughout the day. “This way the children can choose the timings that suit them better so they can come to school around their working hours.” The school’s manager, Jamshed states, “Child labour is abominable, but so many families simply don’t have a choice. How will they survive? At least, now, these children don’t have to sacrifice their education, and hopefully, it will help them move out of such exploitative work.” 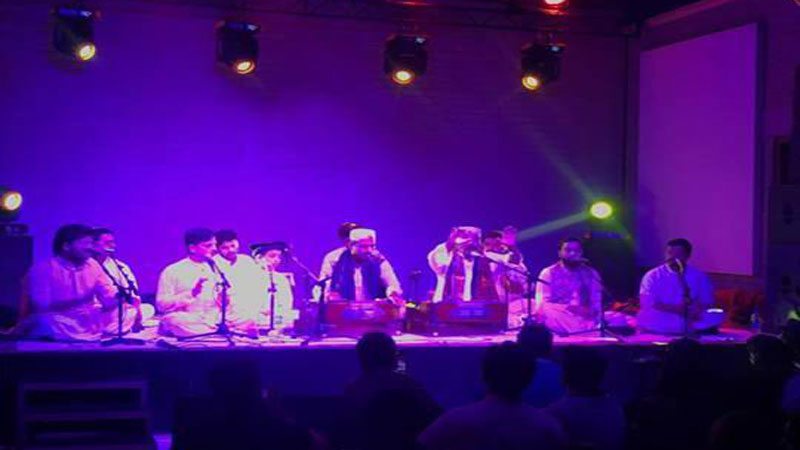 The school also provides low-fee vocational training for older girls and women in beauty and sewing. There are many vocational trainees who have also joined the school classes, not only because it helps them understand their vocational courses better but simply because they find it an empowering experience being able to read and write for the first time in their lives!

Some of the students stay on. Like one of the best-loved teachers, Madam Ayesha, who came as a trainee in the school’s beautician training programme. “I am the oldest of four siblings so I always felt it was my duty to help my family. I had done my F.A, but I thought I should take some training so I could start some business. I joined the school’s vocational training programme to train as a beautician, so I could set up my own parlour. While I was in the course, I became involved with the school and grew close to the children. And I was very happy and honoured when they asked me to join as a teacher. Now, during the day, I am here in school teaching all the groups of children, and when I go home I run my parlour. I am now maintaining myself as well as contributing to the family and helping my younger sisters and brother complete their education. I am impressed with the mission of Roshan Kal School, and I am proud to be part of it.”

Roshan Kal School was established by Omar, Fahad and Aima Yousaf, near Bund Road, Lahore, in memory of their mother, a dedicated educationist, Arjumand Yousaf. She believed it was the responsibility of every privileged person to reach out and help at least one other less-privileged person rise in society. She believed education was fundamental to that rise. Roshan Kal School has shown how a classroom and a book can bring hope, stability, ambition, and happiness to children in whose lives these emotions are all too rare. Roshan Kal School reminds us of the fact that we all have a responsibility to take care of those who are less fortunate. This is not charity but a debt we owe to the children of Pakistan. 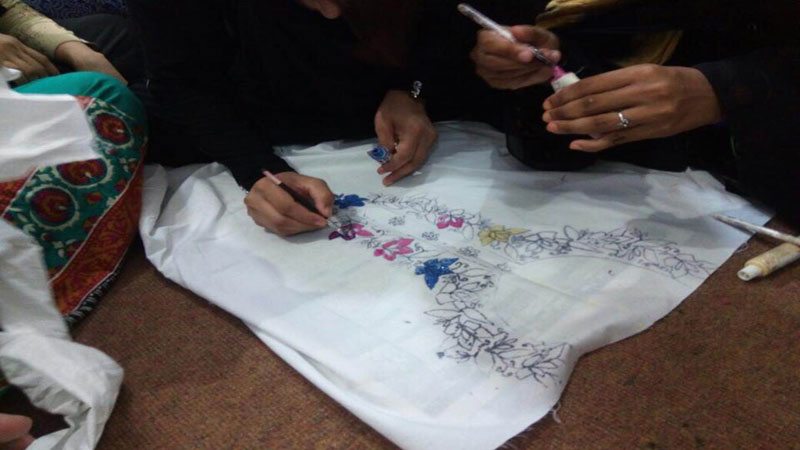